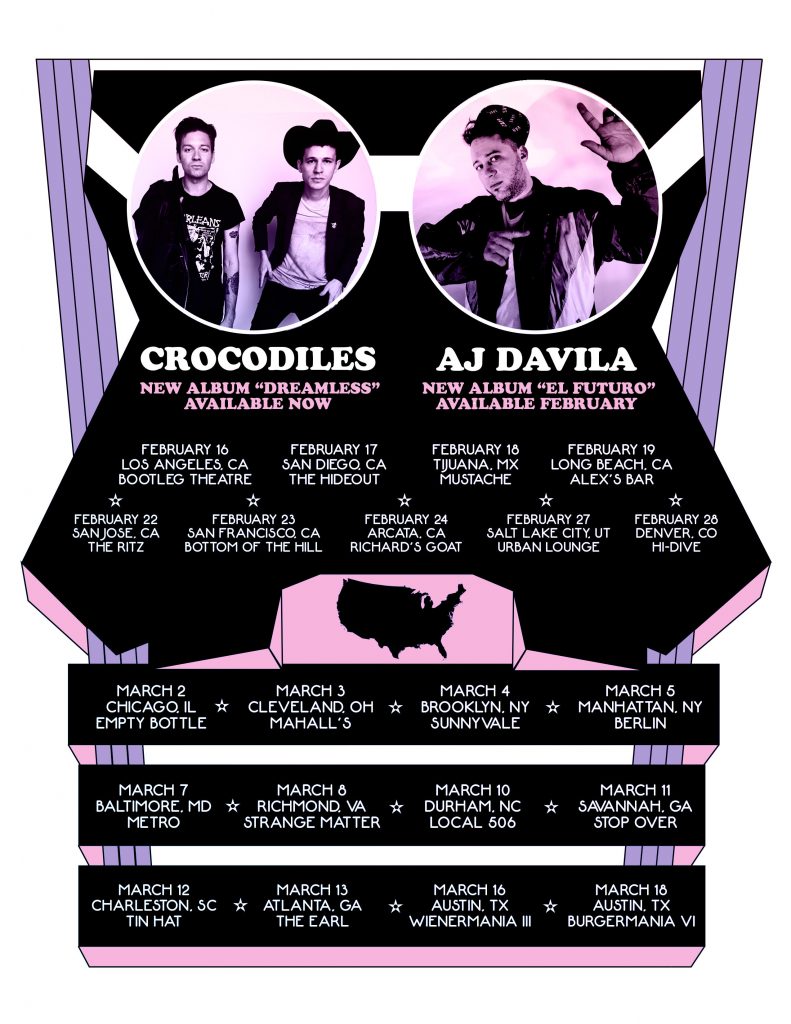 ‘Dreamless’ Out Now Via Zoo Music

“Dreamless, is a more focused, nuanced record that abandons the restless fuzz and barely contained anarchy of their earlier records for something altogether more spacious.”
– Consequence Of Sound“…the songs are among their most powerful and poppiest to date…”
– All Music

“[“Telepathic Lover”] finds Crocodiles tapping into a sound far more lush than their tradition of noisy reverb-rockers would suggest.”
– Stereogum

Comprised of best friends Brandon Welchez and Charles Rowell, Crocodiles have earned their place as one of the United States’ most engaging, hardworking and consistent rock and roll bands of the past few years. Dreamless is the pair’s sixth LP, and is, at once, their most exploratory and focused release.Whereas Crocodiles’ first two albums made their home amongst a stew of fuzzed-out psychedelia, and the following three albums explored Welchez and Rowell’s penchant for placing pop sensibilities against whirring guitars and barbed production, Dreamless sees the duo endeavoring on an artistic departure that positions their guitars in the backseat in favor of a more spacious, synthesizer and piano-driven sound.

“We’ve always been a guitar band and I think we just wanted to challenge ourselves and our aesthetic,” says Welchez. “It didn’t start as a conscious decision but within the first week Charlie’s mantra became ‘fuck guitars’. Only one song has zero guitar but in general we tried to find alternatives to fill that space.”

The title of the album works on both a literal and metaphorical level: “I suffered insomnia throughout the whole session. I was literally dreamless,” explains Welchez. “The past two years had been fraught with difficulty for us – relationship troubles, career woes, financial catastrophe, health issues,” he continues. “In that pessimistic mindset it was easy to feel as if the dream was over.”

The pair recorded the 10-track Dreamless in Mexico City over the course of 6 weeks. Having become something of a spiritual (and in the case of Welchez, literal) home to the duo, choosing D.F. as the location for recording allowed them to again hook-up with friend and occasional bandmate Martin Thulin (also a member of post-punks Exploded View). Between them, the trio shared instrument duties, with Welchez and Rowell handling the lion’s share of guitar and bass, Thulin and Welchez the live drum work, and Thulin focusing largely on keys.

“Our relationship with Martin will serve as a pivotal point in our band’s history,” comments Rowell. “On this album Martin continued his efforts to help us take our songwriting and aesthetics to further reaches.”

Thulin’s work on Dreamless is in keeping with the exemplary production found on Crocodiles previous releases and reconciles the band’s realigned focus on keys with their experiments of often pairing down the instrumentation to allow lyrical sentiments and themes to cut through to the fore. It’s an approach that has paid off, enabling the band to take more risks, both artistically and emotionally.

“And you’ll burn and weep and suffer,” says the chilling spoken-word sample that opens Dreamless. “The sample is from a Christian preacher that we found over 15 years ago and used on the first 7” we ever did together when we were still teenagers” explains Brandon Welchez.  “Back then we used it with a sense of humor, laughing at the whole ridiculous guilt trip vibe. But hearing it again in our apartment in Mexico City, within the context of the words we were singing, it took on a different air. It lost the humorous aspect and just seemed like a commentary on life.”

An unsettling insight certainly, but if Crocodiles did indeed have to burn, weep and suffer in order to write and record Dreamless, then it was damn well worth it. 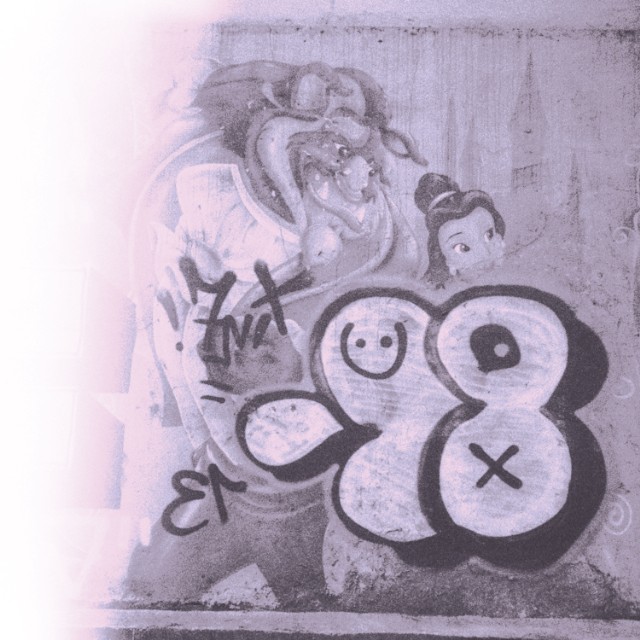