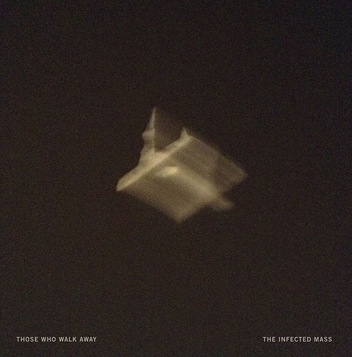 CONSTELLATION NEW RELEASE: THOSE WHO WALK AWAY,
THE INFECTED MASS, TO BE RELEASED 17 MARCH
Constellation Records are excited to unveil their second release of 2017 by an artist new to the label: a work of beautiful and restrained minimal composition by Those Who Walk Away, project of Winnipeg-based composer Matthew Patton.
The Infected Mass is a haunted and profoundly emotive requiem that combines ghostly strings and choral voices with musique concrète. Co-produced by Paul Corley (Ben Frost, Oneohtrix Point Never), the Mass was recorded in Winnipeg and Reykjavik by a quintet of Winnipeg-based string players combined with a quartet of Icelandic Symphony Orchestra players (who’ve previously played on Sigur Rós, Jóhann Jóhannsson and Bedroom Community recordings) performing ‘ghost strings’ and ’ghost choir’.
LISTEN TO EXCERPTS FROM THE INFECTED MASS
Drone and melody pulse and weave amidst a soundscape of airplane distress recordings, evoking the personal loss of the composer’s own brother in a plane crash by way of techniques of erasure, absence and collapse. An artistic statement of Morton Feldman’s is a guiding principle for Patton: “Silence is my substitute for counterpoint. It’s like thinning out the music with turpentine.”
The Infected Mass is available digitally and on deluxe 180gram audiophile vinyl and CD with original artwork by Neil Farber and Micheal Dumontier, alumni of the Royal Art Lodge in Winnipeg.
Additional notes…
Those Who Walk Away is the project of Winnipeg-based composer Matthew Patton, which he describes as an “ever evolving working group of melodic constructivists.” Patton is perhaps best known for his highly acclaimed (and Emmy Award-winning collaboration) Speaking In Tongues with the choreographer Paul Taylor, and has worked with Mikhail Baryshnikov, Guy Maddin and many others. He is also the curator of the Winnipeg Symphony Orchestra New Music Festival. The Infected Mass is the first of several works Patton intends to release as Those Who Walk Away.
www.cstrecords.com