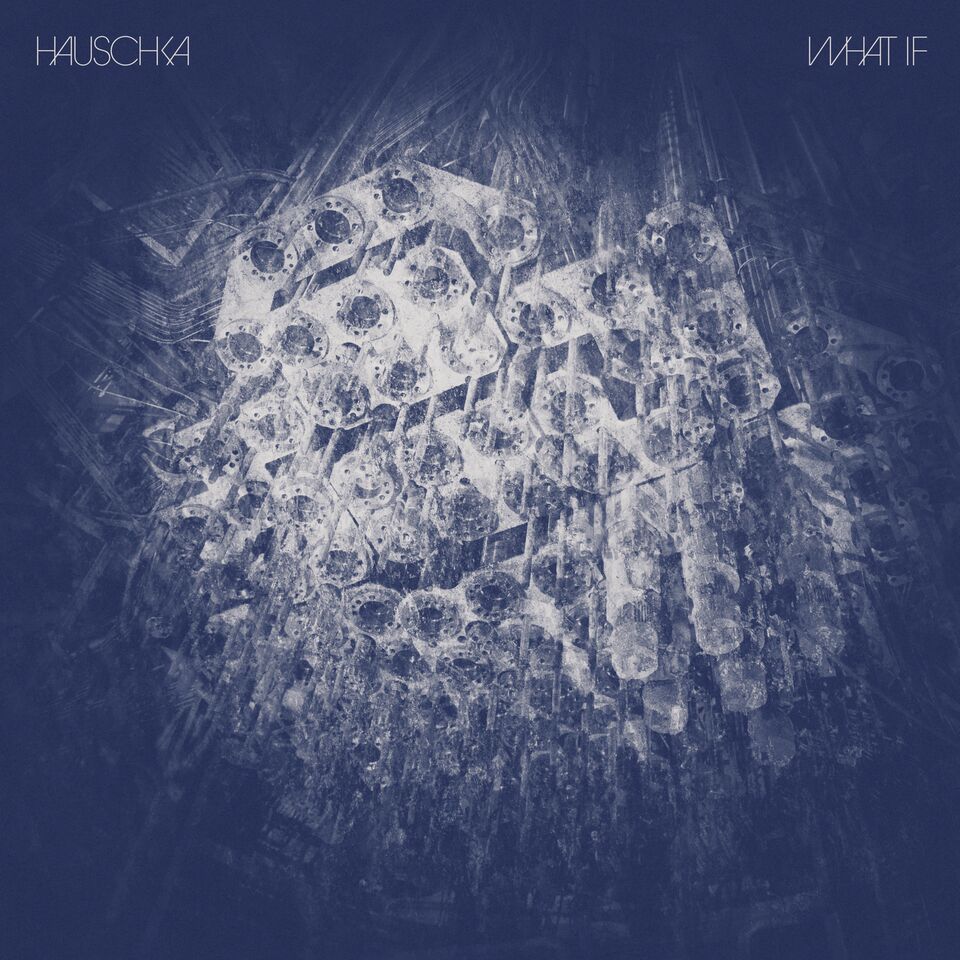 Pre-order ‘What If’ here

Golden Globe and BAFTA nominee Hauschka’s eighth album ‘What If’ is his best yet. The sound is unmistakably him, but more immediate and full-bodied than its predecessors. And despite this confidently direct new sound, paradoxically it’s also his most wild – organising chaos into a coherent, leftfield masterpiece.

“I definitely decided with ‘What If’ to make a record that might be my most radical. The lyrical piano has disappeared, and the sounds I’m fascinated by – like noise and electronic elements – have taken over” says Volker  Bertelmann AKA Hauschka.

Creating ‘What If’ Bertelmann used an old Roland Jupiter 4 synthesiser and an Eventide H3000 Harmonizer, as well as engaging with his trademark technique of utilising unusual objects to treat (or ‘prepare’) the piano. But most notably – in a break from his traditional methodology – he also programmed parts for self-playing ‘player pianos’ (also known as pianolas), exploiting the speed at which they could play, manipulating the resulting sounds, and building layers to emphasise a composition’s metre. Yet again, Hauschka has proven uncommonly inventive, expanding his range even further by defying expectations and coaxing ever more unprecedented, euphonic sounds from his instrument.

Encompassing haunting melodies, mysterious sounds, pristine ambience, minimalism, frenetic buzz, vintage sci-fi echo, complex patterns and at times powerful propulsive rhythms ‘What If’ crowns an extraordinary couple of years for Bertelmann. In fact, it represents the culmination of everything he’s worked towards these past dozen or so years. “I was always attracted by hip hop, deep rhythms and weird sci-fi electronica. ‘What If’ is a result of both that and the hundreds of concerts I’ve played, where I developed a way of mixing all these elements together”, he explains.

Not for the first time, Bertelmann decided to construct his new record around a conceptual framework. But while, for example, 2011’s ‘Salon Des Amateurs’ employed the prepared piano’s percussive qualities to explore his love of house and techno, ‘What If’ aims to provoke reflection beyond the musical sphere with the titles of the both the album and its individual tracks. “I had the idea of doing an album that is, in a way, a statement about the world in which we’re living and in which I see my kids growing up,” Bertelmann elaborates. “’What If’ deals with utopian concepts, and speculates about the world in thirty years’ time. The more I feel questions being raised, the more I try to understand how activity is needed to make the drastic changes required, and there are still people out there who deny that global warming or other similar circumstances exist. Even scientists can’t convince them anymore, so I wanted to dedicate this to such thoughts. The record is there to create awareness for certain topics, but I didn’t want to make it too heavy. It’s more like a very playful way of dealing with our perspectives.”

‘What If’ represents the first time that Bertelmann has worked with anyone else on one of his solo albums. “Half of the record was recorded with Francesco Donadello, who also mixed the entire album at his Vox-Ton Studio in Berlin,” Bertelmann says, “where our basis was first-take recordings of my improvisations, before I then did overdubs. The second half was recorded in my studio with a Yamaha Disklavier (a contemporary player piano that can record performances to a MIDI file), where I captured layers of programmed pianos and worked with my hands like a filter for the sound.

Since the release of his debut album ‘Substantial’ in 2004, Hauschka has slowly but surely earned a remarkable reputation as the preeminent purveyor of imaginative, distinctive, prepared piano music.

It’s somewhat astonishing, given his recent schedule, that Bertelmann has found time to record this eighth solo studio album at all. Since 2014’s ‘Abandoned City’, the Düsseldorf pianist and former hip hop artist (he was a member of major label duo God’s Favorite Dog in the early 90s) has released a collection of remixes and outtakes from ‘Abandoned City’ called ‘A NDO C Y’ as well as the live album ‘2.11.14’. He’s also toured the world, contributed to dance performances – ‘Swan of Tuonela’ found him reinterpreting Jean Sibelius’ tone poem alongside Samuli Kosminen and Markus Hohti for a ballet choreographed by Finnish circus performer Ville Walo – and worked with a variety of musicians and ensembles. His collaboration with Amsterdam’s Alma Quartet was performed as part of ‘The New Romantics’ –  a concert series he curated at 2016’s Schumannfest in Düsseldorf, while ‘Lost’, a piece written for acclaimed cellist Nicolas Altstaedt, receives its UK premiere at London’s Kings Place in the spring.

Furthermore, Bertelmann has found increasing amounts of work as a soundtrack composer, working on scores for a number of documentaries and feature films, not least James Franco’s adaptation of

John Steinbeck’s ‘In Dubious Battle’ and, alongside Dustin O’Halloran, ‘Lion’, for which they’ve both been nominated for a Golden Globe and BAFTA.

Despite this rush of activity – or perhaps even inspired by it – ‘What If’ reveals itself as the work of a man hungry to explore new sounds, eager to experiment with new approaches, and undeniably revelling in this irrepressible outpouring of creativity.

Likely to prove one of 2017’s most original albums, while at the same time inspiring questions about the very nature of the world we inhabit, ‘What If’ redefines the very notion of piano music in a dramatic and exceptional fashion.

5. I Can’t Express My Deep Love

8. Trees Only Exist in Books

9. We Live a Thousand Years

“Extraordinary. Carries a sense of wonder and intrigue.” The Quietus

“Bristling with interventionist brio and critically, hummable tunes they lodge implacably in the brain. The almost intangible sonic richness is redolent of a twitching avant chamber orchestra, co conducted by Basil Kirchin and Harry Partch” Mojo

“A perfect soundtrack to a high tech society” Mixmag

“Hauschka’s deconstructionist approach delivers a highly adept and ethereal blend of neoclassical composition and dance music rhythms, to create something truly of its own, proving why he is so widely regarded” Future Music