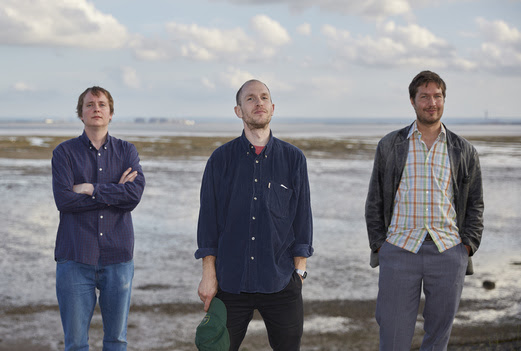 Reveal video for “Now I Want To Hoover My Brain Clean”

Following their mammoth UK tour and the release of their latest long-player Bamboo Diner in the Rain via Moshi Moshi, The Wave Pictures share the next single “Now I Want To Hoover My Brain Clean”. The song is inspired by the Terminator movies and sees The Wave Pictures battling against the robot music apocalypse. It’s a bluesy, boozy love letter to the guitar, filled with American Primitive instrumentals, John Lee Hooker chugs and Link Wray style minor-key surf music. The band finish up their extensive UK tour with a date at London’s XOYO on 1 December and will also play Ramsgate Music Hall on 2 December before heading over for shows in Germany.

The band share a startlingly visually arresting video for “Now I Want To Hoover My Brain Clean”, directed by Ed Prosser. Songwriter and guitarist Dave Tattersall explains further: “The video for “Now I Want To Hoover My Brain Clean” was created soley by Ed Prosser, a young, local, genius filmmaker. The Wave Pictures were just puppets and had no involvement in the making of the video other than following his instructions. Ed Prosser did an absolutely wonderful job. This video is proof that the best thing you can do with artists is to stay out of their way. Artists need to have complete control over their work and I believe you should give it to them. Ed Prosser understood the song and understands how to use a camera. These are two things that almost nobody on earth understands. On a personal note, I hate all music videos. However, since I am contractually obliged to make them, I would like it if the process was always as easy and pleasant as I found working with Ed Prosser, and if the end result was always this pleasant to look at. Ed Prosser is a visual poet and I admire his work very much.”

“We Wave Pictures like to learn on the job, and we release our experiments too. We’re not going to chicken out now, though ever since we started our recklessness, our sheer joie-de-vivre, has always baffled some people. Some people even think the guitar solos are written down in advance. What would be the point of that? This is largely improvised music. It’s on the move. That’s what makes it live.

“You see, these days the kids like their music to be made by machines, even when it pretends otherwise. The kids don’t seem to fear the machines (as I do, having been so profoundly affected at a young age by the first two Terminator movies) and so they happily switch on their computers and listen to robots singing. Well, one day those robots will rise up and kill us all. Listen instead, kids, to The Wave Pictures, the band that will someday soundtrack the resistance. We are the real thing, you know. The only reason the press haven’t noticed is that they are besotted with the machine music of robots, too. Ah, but no robot could swing the way Franic Rozycki swings his tugboat bass on this mighty blues-rock anthem. The resistance starts here.”