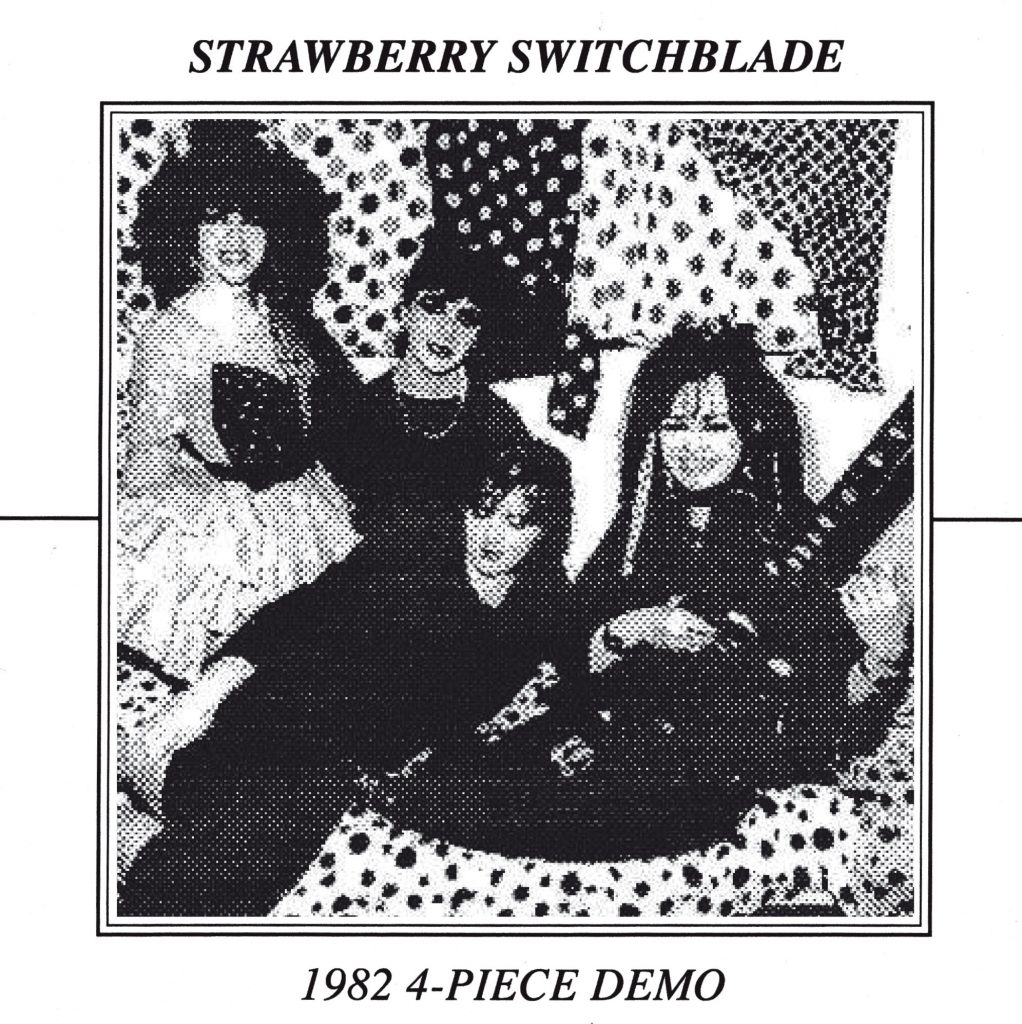 1982 4-Piece Demo” is the first official, fully-licensed and unreleased material to be released under the name Strawberry Switchblade in 30 years. Since disbanding amid major record label acrimony and personal differences in 1986, the already-cult band have since grown in stature and legend. Trailblazers in many ways, the band’s mythology justifiably centers around the charismatic duo of Jill Bryson and Rose McDowall, but that isn’t a complete picture.

Bryson and McDowall’s growing friendship, having met some years earlier on the punk scene, became a creative partnership: Bryson’s art school background and McDowall’s history in avant-punk group The Poets meant Strawberry Switchblade was a band pitted against many established norms. The band’s very first incarnation, an all-female 4 piece, recorded one demo at Glasgow’s Hellfire Club and played a handful of gigs. Friends Janice Goodlett and Carole McGowan completed the line up on bass and drums respectively. Strawberry Switchblade would eventually pair down to a duo and go on to chart success but it’s in these raw, passionate recordings that the songwriting and vocal elements were being hammered out and explored in real time.

“Spanish Song (Don’t Go)” is a previously unreleased song. With Rose McDowall’s instantly recognizable lead vocal dovetailing with Bryson’s harmonies and lead guitar, it’s the first glimpse at an alternative history of Strawberry Switchblade. This incarnation could easily have been featured on a Nuggets compilation or a precursor to the indie-pop revolution that would take over British bedrooms a couple of years later. “Trees & Flowers” is instantly recognizable, a bona fide classic that would earn the band its first record deal. Here it’s given a more forceful rhythm section: Goodlett and McGowan’s playing is in fact accomplished and doesn’t hint at the bands’ youth. “Go Away” would also surface later on the band’s debut LP but here it is a moody-garage stomper with a psychedelic, haunting refrain. These 3 songs point to a tantalizing future of the band that was never realized.

Remastered and restored by Sean Pennycook from the original cassette, with artwork based on a single photographic contact sheet (the only visual evidence of the band in this form) and with a booklet of photographs and new text from contemporary Stephen Pastel