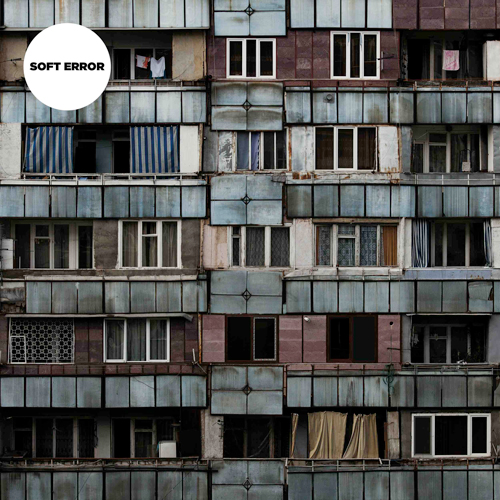 SOFT ERROR
DEBUT ALBUM ‘MECHANISM’ OUT ON 13 JANUARY 2017
HEAR NEW TRACK ‘EVERYBODY RUNS’
Electronic duo Soft Error will release their debut album ‘Mechanism’ through Village Green on 13th January. Recorded at Valgeir Sigurðsson’s renowned Greenhouse Studio in Reykjavik, Iceland, ‘Mechanism’ will be available on CD, vinyl and as a download.
Soft Error have now shared new track ‘Everybody Runs’: “This piece is the most euphoric moment of the album. We created a very long build using different loops and layers which we added progressively. As the title suggests, ‘Everybody runs’, albeit at different speeds.”
A ‘soft error’ is computer language for a faulty occurrence in a digital memory system that changes an instruction in a program or a data value. When associated with music making, it’s a name that inevitably suggest the notion, or even celebration, of happenstance and serendipity, and that’s certainly part of the spirit evoked by ‘Mechanism’.
A largely electronic pairing, Soft Error are otherwise known as Tim and Rupert, both of whom have musical backgrounds in dance music/DJ culture and composition for film, theatre and TV respectively. Soft Error, however, represents a thrilling new artistic beginning rather than being simply another musical ‘project’.
‘Mechanism’ offers a fresh and singular brand of musical intrigue by reaching back and forward simultaneously – drawing from the innovative, propulsive thrum of 1970s Krautrock and the grainy textures and tonalities of the BBC Radiophonic Workshop on one hand, the symphonic, futuristic soundscapes of composers like Cliff Martinez, John Carpenter and Jon Hopkins on the other.
That said, there is also something wonderfully timeless about the nine, finely wrought essays on ‘Mechanism’, across which synthesisers, keyboards and drum machines are deployed for their sonic and emotive possibilities, rather than as a nod to any particular niche or trend. Indeed, Soft Error demonstrate a facility for fashioning both intimate textural detail and strong melody, often in the same song.
‘Mechanism’ is available for pre-order here:
iTunes | Rough Trade
For further information:
www.softerrormusic.com
www.twitter.com/twitter.com/soft_error
www.facebook.com/softerrormechanism