One of the busiest times for the site and one of the times I love most, the final week and last few days of the year. I love handing over the site to some of the greatest musicians, labels, promoters and just great musical-minded individual that’s we’ve had the pleasure in dealing/working alongside this year. But when the takeover falls back to the founder, myself, I always panic that I’m going to miss something spectacular from my own end of year list. 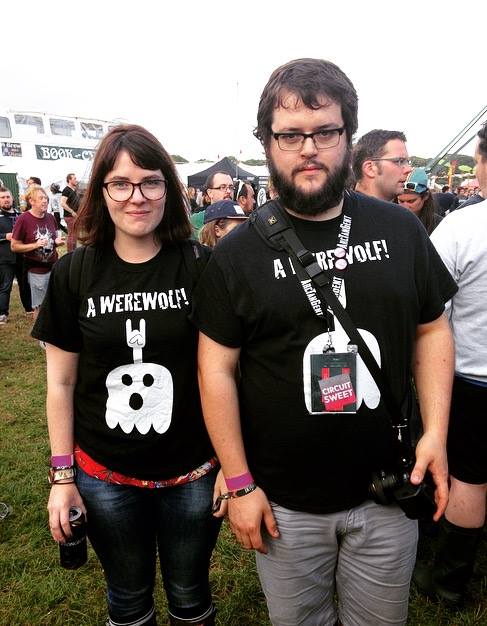 It truly is refreshing to see several friends and their own releases topping the picks of 6and I do hope they all feel proud of their accomplishments this year. So around the start of November, just before I put the call out for this years submissions, I sit and scroll though the site hoping to refresh my memory, I spend so long sorting the submissions that I usually have to rush my own. Luckily I’ve managed to have a good think about those records which have personally inspired me throughout the last 12 months and as much as I try to stick to just 5 records, I’ll need to expand this year in order to get the plethora of remarkable records in one list. In a year where we’ve lost a lot of our own musical icons, I for one have found comfort in the talent and new material that has come our way  in 2016. 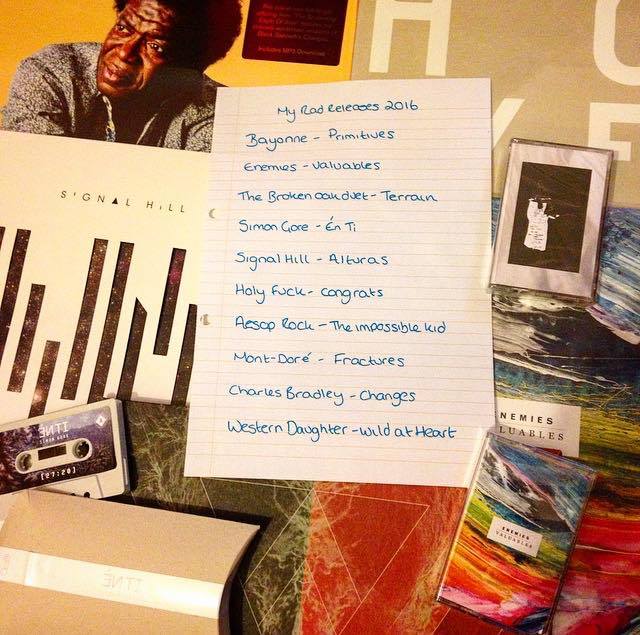 I am so desperate to see this musician perform live- this album is a total masterpiece. Roger Sellers the man behind Bayonne has curated and perfected the most intricate electronic album. “Set up around an assortment of different musical instruments, he builds upon each component – hand claps, drums, piano, vocals, synth, vibraphone – and loops them live into one striking arrangement that swells until it’s final moment, making a stunning piece of carefully crafted electronic pop”- Primitives is one of the best records around.

Having only been released a few weeks ago, Valuables has already proved to be one of the best. A highly anticipated record that captures the talent of Enemies. The band have perfected their own unique take on instrumental rock, one which is nuanced yet clear cut, melodic yet ferocious and energetic yet emotive and Valuables is perfect!

I love these guys. You will never grow tiresome of this duo, this year has been a momentous turn for the duo as they celebrated the long awaited release of their debut album ‘Terrain’- simply one of the best.

Simon Gore has been a total pleasure to work with this year, watching him create this new record and release this 7 track masterpiece has been a highlight for 2016. I cannot urge people enough to listen to ÉN TI in full -it will be your new favourite record.  ÉN TI is an electro minimalist visceral projection which will play havoc with your emotions. The perfect score to a dark, eerie, nordic tale. Utilising sequences to format his minimalist orchestrations and polyrhythms, Simon projects a soundscape which will entice your imagination.

The men are back!! The band have released their third full-length album and yet again it’s more progressive than the last. 9 songs of uplifting instrumentation with melodic ties, synth, piano and mesmerising hooks. I’m glad you lot are back.

One of the best instrumental/electronic artists around. This band deliver. They’ve continuously been pushing themselves to create compelling orchestrations and Congrats was worth the 6 year wait.

Aesop Rock is one of the most impressive artists of our time.  The Impossible Kid was released at the end of April, the hip hop wordsmith’s seventh studio album. With his distinguished voice, impressive vocabulary mixed with layers of controlled beats, synths, samples, pianos and everything in between- The Impossible Kid will keep you hooked.

Brussels’ MONT-DORÉ is a project exploring various musical territories between post rock, post-hardcore and screamo. Back in April the band released their incredible album ‘Fractures’ via the equally incredible Black Bassett Records. This intense record is a must hear, an album so fierce from start to finish. Fractures empowers all with hard hitting melody, a tortured sincerity and the compositions are flawless.

I just love this man and everything that he releases. How can you not?!

Back in May we had the pleasure streaming the latest EP from Western Daughter and it’s stuck with my favourites ever since.  Western Daughter have effortlessly created an acoustic record which perfectly captures and reflects the bands raw emotion. Their album filled with new and one old re-worked track highlights their honest intentions.

Single Release of The Year

JIAL- Life On Hold: Having released his first track as JIAL earlier this year, JIAL this month unveiled a brand new film to coincide with the release. “Life on Hold” is a multifarious amalgamation of styles and genres that perfectly captures Josh Lamdin’s intelligence and passion. Whilst it is predominantly an electronic record, “Life On Hold” courageously flirts with the avant-garde, using experimental rhythms and atmospherics. The result is a compelling, dramatic and obsessive release. One that leaves us needing to hear more. Watch the video on the site  now– one of our favourites this year!

Best Gig of the year

Last year we got to see our idols Maserati finally play live and have been longing for their return back to the country. This year topping my favourite live performances we had the pleasure in seeing The Beach Boys perform live- now that was something else, something I had never thought I was going to witness- a 3 hour live performance with a 10+ piece band!

With Explosions in the Sky blowing our minds too, it was ArcTanGent that gave me some of my favourite sets. A Werewolf  gave me one of the best sets live as the pair broke all band/audience boundaries to inject the festival with the fierce fun these two provide. Frantic orchestrations from the get-go, feedback, fuzz, outrageous samples, circle pits, a pedalboard/flightcase crowd surf with fans both sat and stood on top, a security guy assisting with the chaos and a crowd in utter amazement. Enemies too captivated and uplifted the tent they performed in and then Gallops got everyone moving to their savage rhythms, brutally smashing together live electronic elements, angular and cutting guitars, insane and mesmerising live drums and the perfect amount of synth/samples oddities- unreal.

I have to say a huge huge huge thank you to all the bands, acts, artists, promoters, labels, press agencies and to our readers, this year has been the busiest but the greatest for Circuit Sweet. The continuing support is appreciated more than I can show. In March we celebrated our 7th birthday, despite being in Amsterdam at the time we reached out to offer a shop sale and a special feature. We’ve got some incredible writers on the cards for Circuit Sweet and we can’t thank them enough for their time they give to Circuit Sweet and the amazing releases that come our way. We had the pleasure in participating in this years Cassette Store Day again following the success of last years involvement, we stocked more CSD releases from artists and labels who are all great supporters of the site. And I was beyond thrilled to add Simon Gore onto our management roster- seeing Simon work so hard for his debut solo release and the success of his album launch was something else.

We will be continuing to bring you the best music, reviews and features your way.

We do have some sad news for the first part of the year- after 6 years of working with Slap Mag- the incredible Worcester based music and arts magazine which we have been bringing to Hereford and distributing across local businesses with our monthly Circuit Sweet article, February will bring our last article. We truly love all things SLAP and have loved bringing the free magazine across the borders and featuring many local acts in print. After 6 years we are handing over the reigns as we are no longer based in Hereford due to our continuing growth but we will continue to promote all things SLAP related.

In January we are looking forward to unveiling the new North End album streaming on the site so keep an eye out for that.

I know the men in Aulos have a few new tracks they need you all to hear and I can’t wait to reveal more.

I am hoping we have some more great releases in our shop, attend as many gigs as possible, review more than possible, hopefully we can sponsor some more shows/festivals, release a new compilation and help as many acts as possible.

Anyway that’s enough from me, again thank you to all that have helped us and supported us this year, you are the best! 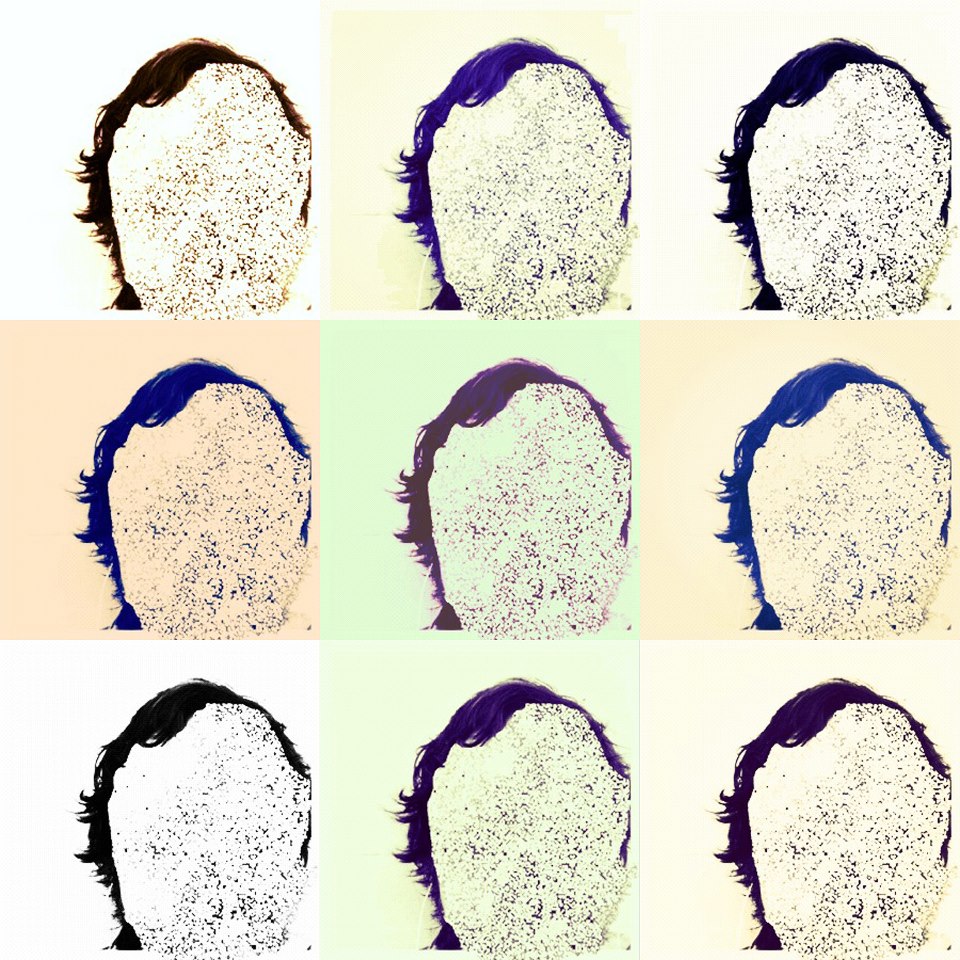