Our next take over comes from a man who has been instrumental in the Circuit Sweet team again this year. Local Herefordshire based Gavin Brown has been writing for us for a year and is such a brilliant member of the team. His knowledge and understanding of records blows our mind- and we cannot thank him enough for his hard work and effort getting out some of the best reviews we’ve read! If you’ve had a positive feature on the site chances are the review came from the dedicated Gavin- check out his year in music below.. 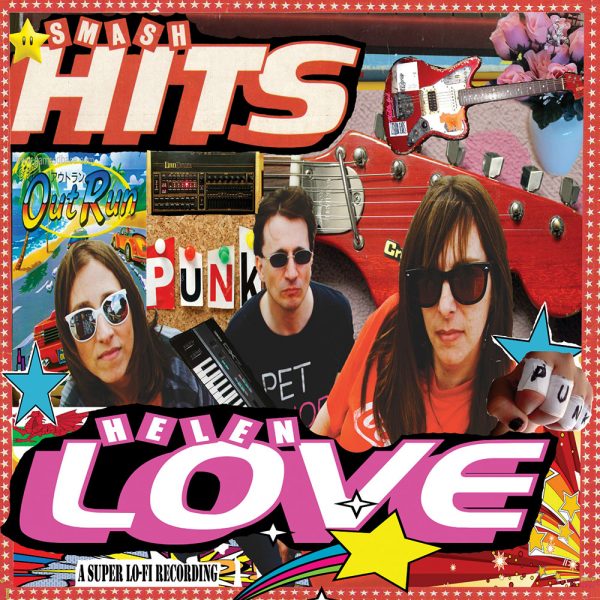 An energetic explosion of an album that is so joyous that you can’t help but smile as you listen to it and in these times of uncertainty, that is exactly what you need. With a collection of three and a half minute and less songs that are a perfect blend of bubblegum pop and punk suss, Smash Hits is packed with so many highlights. From the opening salvo of First Girl From Wales In New York to the You Can’t Beat A Boy Who Loves The Ramones to Long Live The Modern Lovers and the closing Stardust And Glitter, the whole album is a lesson in upbeat fun. The Ramones influenceand the bands love for them is evident and the whole thing works so well. A life affirming album that gets better with every listen. 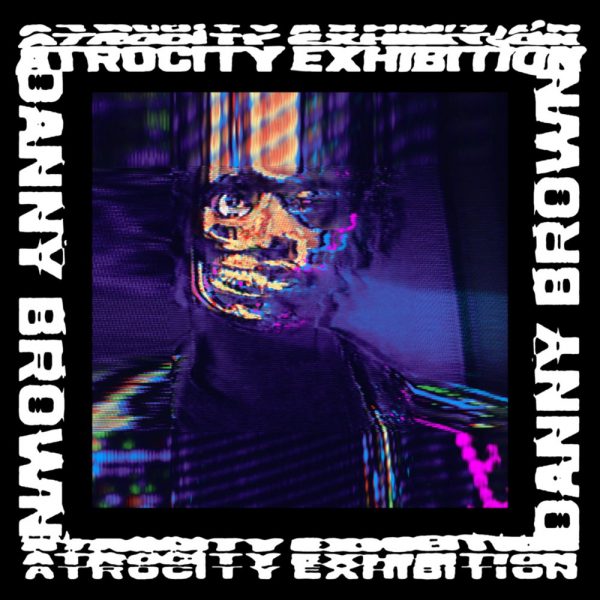 With an unmistakable flow and a larger than life personality, Danny Brown is exactly what hip hop and music in general needs at the moment and with his latest album Atrocity Exhibition, his promise of delivering a truly great album came to fruition here. Joy Division are not a band who get mentioned as a hip hop influence often but on  here they are and their brooding presence is a big influence on Danny Brown and thanks album and with his dizzying raps and paranoid beats (courtesy of veteran British producer Paul White) he has constructed an astounding album that transcends hip hop. Kanye West might go on about how he’s the biggest rock star in hip hop but he’s not even close, it’s Danny Brown and with Atrocity Exhibition he has delivered a masterclass of an album. 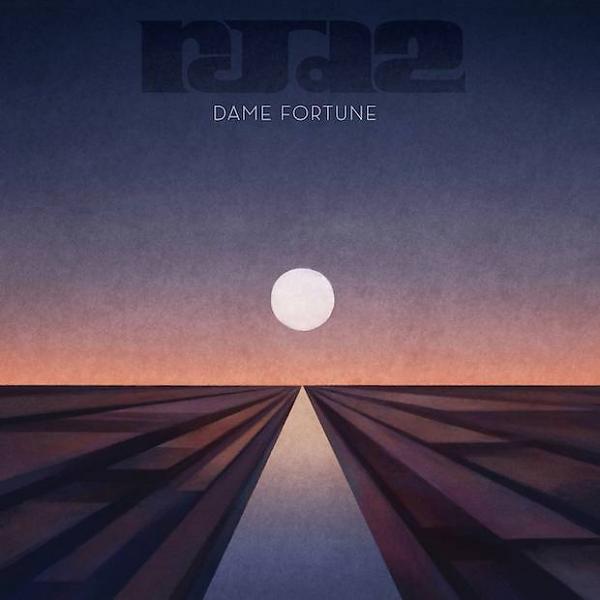 Deadringer, the debut album by RJD2 is one of my favourite albums of all time and since then, while his output has been good, it just hasn’t matched the majesty of his debut. Fifteen years later and with his latest album Dame Fortune, the beatsmith has achieved which many thought he would never do and matched his seminal debut. Rather than being based on samples, there is much more of a live feel on this album and it sounds all the better for it. Tracks like The Glow, A Spaceship For Now and A Sons Cycle are stunning in their execution and the scope of the album is phenomenal and one you want to listen to over and over again. A record with a real heart and soul. 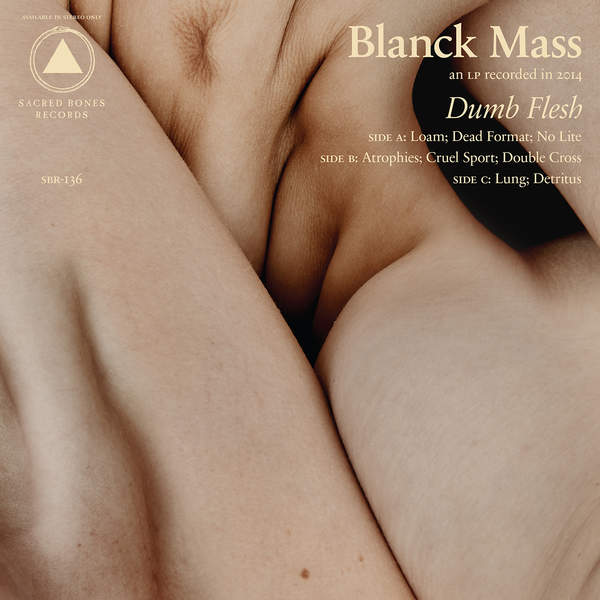 Worcester producer and one half of Fuck Buttons, Blanck Mass unleashed his latest album Dumb Flesh this year and what a glorious and awe inspiring album it turned out to be. The album is a sweeping electronic statement of intent and the majesty of the music reigns supreme. From the anthemic Dead Format to the epic No Lite to the closing immersive dirge of Detritus, there is not a bad piece if music on an album that begs to be absorbed, pored over and ultimately loved.

God Damn – Everything Ever 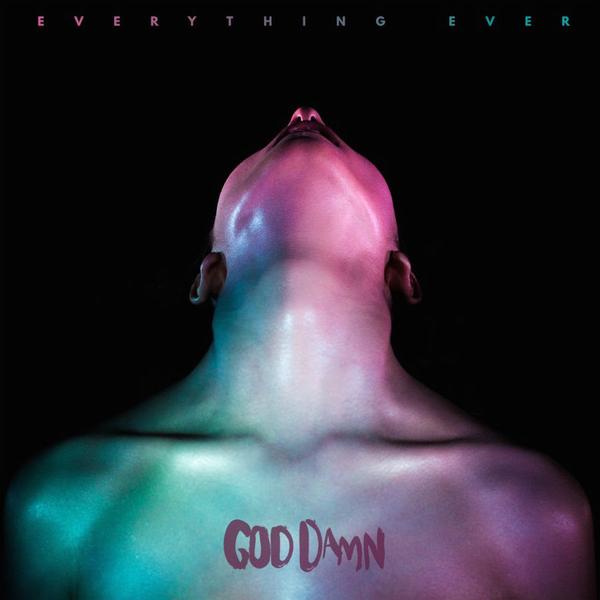 For a two piece, God Damn make a hell of a racket in the best way possible but they’ve also got the songs to back it up and with Everything Ever, they have turned everything that made their previous album Vultures so good up a notch to create an irresistible album. The heaviness is still there but the bands songwriting has reached another level resulting in truly brilliant songs like Sing This, Again Again and Violence  and the album as a whole demonstrates just how good they are and the future looks bright for God Damn and having seen them onstage, the songs here definitely stand up in a live environment. If you get a chance to check them out live, don’t miss that but in the meantime revel in the glory of Everything Ever.

Gig Of The Year

With Purple, Baroness released my favourite album of 2015 so when it was announced that they would be playing a selection of dates in the UK (including the Birmingham date that I attended) at the end of February it was an event that could not be missed at any cost. With the album having been in heavy rotation since its release the previous December and the anticipation for the gig reaching fever pitch, expectations were extremely high to see Baroness live and as the band hit the stage to rapturous applause and launched into Kerosene from Purple, it was clear to see that this was going to be an amazing gig and the band did not disappoint at all. Playing the whole of the sublime Purple album was astounding and the other album tracks they played were brilliant too in what was a masterclass in live music. Next time that Baroness tour, they are a must see for sure.

Other memorable live performances this year were Red Fang, Torche and God Damn in Bimingham, Sumac and Mammifer in Bristol,  Grimes and HANA in Bristol, Sick Of It All in Birmingham, Max Raptor, St Pierre Snake Invasion and Fights And Fires in Worcester, DJ Yella in Hereford, Yob and Black Cobra in Birmingham and Blanck Mass, Ferric Lux and Rosebud in Worcester.

Nozstock – This year was the first time that I attended Nozstock and having not been there for long at all, I wondered just why this was the case as it was such a well run and good natured festival and right on my doorstep and after the amazing weekend was over, I vowed that I would not make that mistake again! Nozstock is one of the best festivals that I have attended in over twenty years of going to festivals and the atmosphere and acts throughout the weekend was second to none. From legends like Jurassic 5 and Goldie to newcomers like Estrons and Smokin Durries and an eclectic range of musicians, performers, DJs and comedians there was something for everyone at Nozstock and I can’t sing the praises of the festival high enough. Roll on 2017s festival!

The growth of the live music scene in Hereford – With the Booth Hall putting on so many fantastic gigs and so many great promoters like The Underground Revolution, Hey Little Monster and Hereford Blues Club working hard to make sure there is an abundance of live music, this year has seen an upturn in great bands playing in the city.  From The Ramonas, Subhumans and Groundhogs to locals like Black Boxes and Freeborn Rising among many others, it’s been a very encouraging year and hopefully this will continue and get bigger into 2017.

Continuing to discover such amazing bands and artists. Something that I hope to be doing in the new year too having discovered so much great music this year and listening to it and writing about it is a joy.

Henry Rollins at Birmingham Town Hall. – A spoken word set by the Black Flag legend was another event that could not be missed and was a phenomenal experience. Touching on everything from music and US politics to penguins in Antartica to his friendship with Lemmy, he talked passionately and was engaging throughout. The set lasted for three hours but it absolutely flew by and had he been able to, Rollins would have gone on for another three and it was a pleasure to see someone with such a lust for life. Meeting him afterwards was a bonus too!

And I tipped Estrons last year, saw them for the first time this year, destroying the main stage at Nozstock and I’m tipping them again for 2017, hopefully with a debut album in tow and another St Pierre Snake Invasion album in 2017 would be amazing!

Once again a huge thank you Gavin for giving us more of your time!