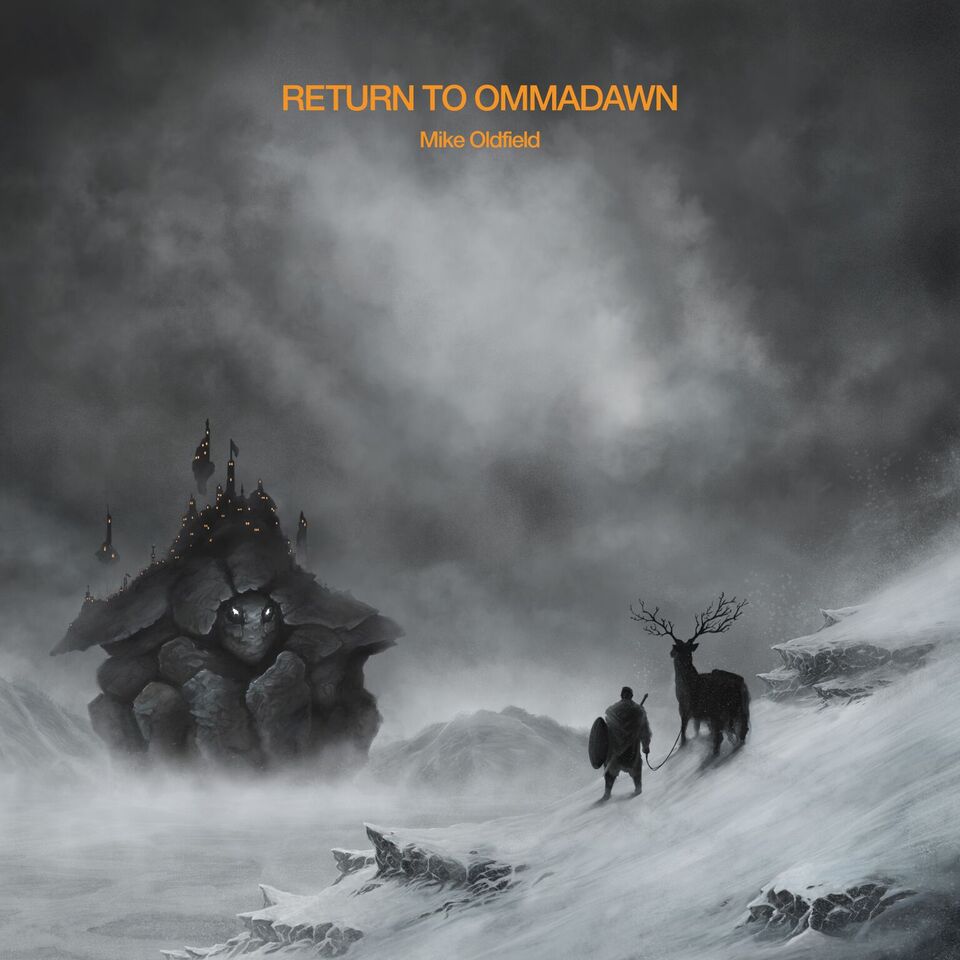 Mike Oldfield will release a new album on 20th January  2017 on the Virgin EMI label.  Return To Ommadawn marks a return to the music that made his name back in the early 70s.  Written, played, recorded, mixed and produced by Mike Oldfield in his home studio in Nassau, Return To Ommadawn is a beautiful, mostly acoustic string instrument-based album which consists of two pieces of music, ‘Return To Ommadawn Parts I & II’.  Mike describes it as ‘handmade’ – each instrument (22 in total including mandolin, guitars, acoustic bass, bodhran, African drums and tin whistle) is hand played by Mike and he keeps time with a vintage metronome – though he made full use of modern technology to faithfully recreate some of the 70s classic keyboard sounds.  Return To Ommadawn also features Celtic chanting and prominently features Mike’s trademark searing electric guitar.

Mike Oldfield’s 1975 album Ommadawn was the third of an enduring trinity of classic albums – Tubular Bells (73), Hergest Ridge (74) and Ommadawn – that overlapped rock and classical and, before the terms were even coined, new age and world music.  These albums remain the musical statements Mike feels are truest to him.

Says Mike: “Looking on social media, the first three albums 40 years later are still everybody’s favourite, and Ommadawn more than Tubular Bells even.  I think it’s because it’s a genuine piece of music rather than production: hands, fingers, fingernails.  It didn’t have a goal; it was not trying to achieve anything nor please anybody.  It was spontaneous music making, full of life. Doing Return To Ommadawn is like a return to my true self.”

The striking sleeve artwork on Return To Ommadawn (illustrated by Rupert Lloyd at Diablo Pixels in collaboration with Mike) was inspired by an epic binge-watching session of Game Of Thrones.  The album will be made available on CD and 180 gram vinyl, a format that is very close to Mike’s heart: “The album is being released on vinyl with a proper sleeve which you take out and play with ceremony, like a restored vintage Rolls Royce coming out of the garage with its walnut dashboard and smelling of oil.”

Mike Oldfield has enjoyed a prolific recording career, releasing 25 studio albums, composing the soundtrack to the Oscar winning film The Killing Fields and creating beloved hit singles such as the Christmas classic ‘In Dulci Jubilo’ and ‘Moonlight Shadow’.  He remains best known for his debut Grammy winning album Tubular Bells that went on to feature in the legendary film The Exorcist and has sold over 17 million copies. In 2008 Mike released his first classical album, the hugely successful Music Of The Spheres, and he has recently composed music for virtual reality-based computer games.  In 2012 Mike starred in film director Danny Boyle’s wonderful London Olympics Opening Ceremony performing ‘Tubular Bells’, ‘Far Above The Clouds’ and ‘In Dulci Jubilo’.  Mike’s last studio album was 2014’s Man On The Rocks.

WILL BE RELEASED ON 20th JANUARY 2017 ON VIRGIN EMI