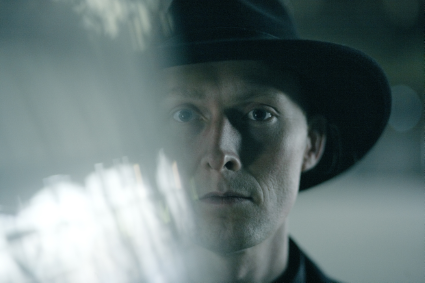 LAWRENCE ENGLISH SHARES NEW VIDEO FOR ‘NEGATIVE DRONE’, FROM HIS UPCOMING ALBUM, CRUEL OPTIMISM
Lawrence English, composer, artist and Room40 curator, shares the video for ‘Negative Drone’ from his brand new record Cruel Optimism 17th February 2017.   ‘Negative Drone’ is one third of a final suite on the record, born out of his own research into the sound of fear and the weaponisation of audio over the past few decades. It is a piece about “recognising that technologies with huge promise tend to fall into particular tropes that are pre-existent and reflect cycles of power and capital interests.” Lawrence continues to describe how his research led him to all manner of surveillance and target acquisition footage from drones and other military craft…”Needless to say it was harrowing viewing, but it very much made me recognise the dynamic shifts erupting just beyond our everyday horizons. We don’t tend to think about these things, what they are used for and what it is they could be used for. We just assume that their uses are somehow prefigured. For most of us these machines and the implications they carry are distant and in some way unthinkable, but for other peoples across the world their sound alone is enough to bring terror and anxiety. I found this a powerful question to explore and the composition grew out of it. In fact the final third of the album grew from this particular line of investigation.“
WATCH THE VIDEO FOR ‘NEGATIVE DRONE’
Musically ‘Negative Drone’, featuring Norman Westberg and Thor Harris of Swans, Werner Defeldecker and The Australian Voices,was one of the final pieces to come be completed on the record. It is also one of a number of pieces in which Lawrence plays pipe organ, recorded on what was once the largest organ in Queensland, the state he resides in.  Expanding investigations into the politics of perception, and exploring the possibilities of new recording processes, technologies, locations and relationships, as well as conveying different sonic textures, Cruel Optimism is ultimately a record that considers power (present and absent). It meditates on how power consumes, augments and ultimately shapes two subsequent human conditions: obsession and fragility.
Album art, track listing and pre-order information below..
.

Cruel Optimism shall be released on Room40 on 17th February 2017. Pre orders shall be available either via the Room40 webite or via bandcamp.