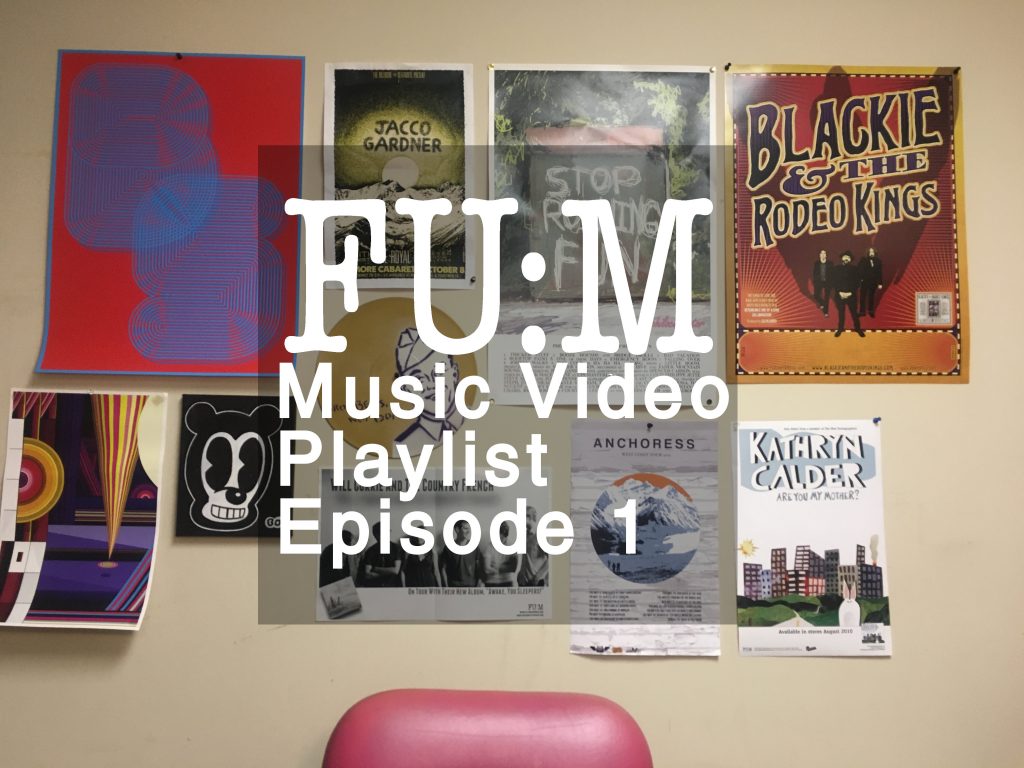 File Under: Music began their One Song at a Time video singles project back in October, rolling out a new exclusive single and music video every other week, showcasing a wide range of emerging artists. It’s their own take on a “singles club”, as they shift the focus from physical releases to music videos. The series currently includes tracks from Johnny Foreigner, Pill Friends, Skye Wallace and Wallgrin, with each video surpassing 10,000 views on YouTube. One Song At A Time will continue later this month and on into the new year with videos from Slime Girls, Crywank, Slam Dunk, and more in the queue.

With music videos on the mind, File Under: Music label manager Steve Mann was inspired to take a shot at another old school meets new school approach with the File Under: Music Video Playlist, a call back to the integral days of the VJ.

Speaking about the project, Mann shared:

“Everything is changing so much in the industry; it’s easy to go all old man shakes fist at cloud and try and push on with business as usual. So instead of spite, we took inspiration from the past, adapting the singles approach to videos for One Song at a Time. So much of my formative musical experience was through music videos on Much Music (think Canadian MTV but scrappier) and the context added to them by VJs, and I never really understood how the format lost it’s way with the rise of online video streaming. When it came to figuring out how we wanted to deal with playlists, this old approach seemed to be unexplored modern territory, and was a natural fit with One Song at a Time.”

The first episode of File Under: Music Video Playlist features Mann spinning segues in VJ “talking head” segments connecting Springtime Carnivore to Mikal Cronin, Eskimeaux to PWR BTTM, and Vancouver’s ACTORS to Frankie Cosmos. The segments, directed by John Landis, are nestled between official videos for the tracks via a Youtube playlist. Additional episodes will be rolled out in between the more regular One Song at A Time releases throughout 2017.

ABOUT THE ONE SONG AT A TIME VIDEO SERIES:

The series began on October 4th with Skye Wallace’s “Not Ready For This To Start” followed by Johnny Foreigner’s “Flooding,” Pill Friends’ “Holy Like You,” and most recently Wallgrin’s “Ae’aea”. One Song At A Time will continue through March 21st, with FU:M releasing a new music video on their YouTube channel every two weeks. The series will feature music videos for unreleased tracks for artists from Canada, the UK and the US, including Slam Dunk, Slime Girls, Crywank and more. All of the songs are available worldwide digitally, and will be collected at the end of the 12 video cycle into a compilation. The stems for each track are also available for remixing opportunities via the label’s Skio Music page.