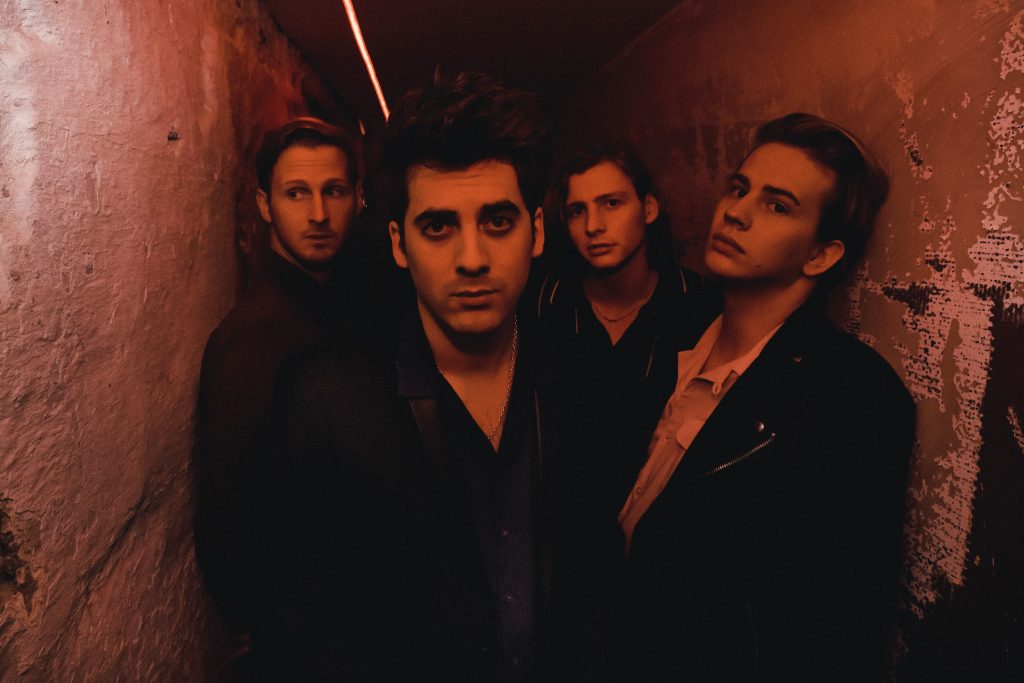 CIRCA WAVES UNVEIL NEW VIDEO FOR ‘WAKE UP’ – WATCH HERE

Circa Waves reveal the explosive new video for ‘Wake Up’. Watch here: http://po.st/WakeUpCW

A murky exploration of the human condition, the ‘Wake Up’ video takes an intimate look at an array of misfits in their darkest hours, darting between shots of each enigmatic character and a congruously fiery performance from the band.

Frontman Kieran Shuddall says of the video, “Wake up is a response to the fears and demons that are inside all of us. It’s fierce, dark and sinister.”

The video follows the announcement that the band’s eagerly anticipated new album ‘Different Creatures’, will be released on Virgin EMI on March 10th. Lead track ‘Wake Up’, revealed as Annie Mac’s Hottest Record on Radio 1, is a juttering, barbed statement-of-intent. It sees walls of fuzzed guitars jostling for space with Kieran Shudall’s trademark melodies, re-introducing the world to a band ready to push their sound forward and claim their place at the top table of UK guitar bands.

Co-produced by Alan Moulder (Foals, Arctic Monkeys, Smashing Pumpkins), ‘Different Creatures’ is the grittier, ‘night time’ counterpart to the breezy summer vibes of its Top 10 predecessor ‘Young Chasers’, exuding a newfound swagger. Shaped by Kieran’s perceptive songwriting ability to reflect the changes he sees in the world, ‘Different Creatures’ showcases a disenchantment with the world he sees, a louder and more vital band, nudging their sonic palette into a territory shared with rock heavyweights such as Arctic Monkeys and Queens Of The Stone Age.

Their debut album ‘Young Chasers’ spawned four Radio 1 A-list singles and saw the band’s popularity and profile rise over a meteoric six months, culminating in a sold out Brixton Academy show. The audience’s fevered reaction to ‘Young Chasers’ thirteen direct, propulsive, indie anthems crystallised the band’s self-belief, and emboldened Kieran to delve into the weightier subjects explored in ‘Different Creatures’. “When I saw the way that people connected with it,” Kieran continues, “I really started to believe in myself, I’m a different person now -I feel like I’ve got a fire in my belly with this record”

“Different Creatures” is not the sound of a band giving people more of what they know that people want from them. It is the sound of a band who are going with their hearts, reflecting the changes they’re seeing unfold around them, and moving forward. A risky move, but as fans will soon discover for themselves, it’s a risk that has paid off creatively in droves.

Circa Waves play the below live shows in 2017. Tickets are now available from http://www.gigsandtours.com/tour/circa-waves

Support for all dates comes from The Magic Gang and InHeaven

9 – A Night On The Broken Tiles

Listen to ‘Wake Up’ here: