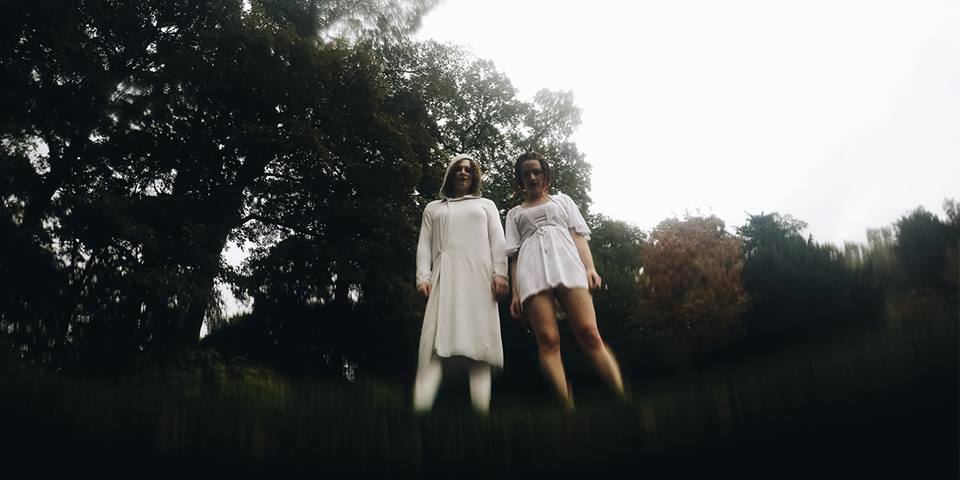 Hull and Leeds-based duo CHAMBERS have revealed a sinister new video for their single ‘Hostile’, which is out now on I’m Not From London Records.

With the single already gaining early support from Huw Stephens at BBC Radio 1, BBC Introducing, Kingston Radio, Louder Than War, Clash Magazine and more, the visuals are the perfect encapsulation of their self-styled, dark and abrasive “sister-doom”.

“We shot the video with Hull based videographer Josh Moore at Temple Newsam House in Leeds” say the band “It’s a Tudor-Jacobean house said to be haunted by ghosts. The location was perfect and the result was beautifully dark.”

Fitting with the pairs penchant for horror, the house is said to be haunted by the ghost of Lady Mary Ingram, who at just fourteen years old fell victim to an ambush by a gang of highwaymen, who tore her pearl necklace from her throat. The next morning she had no recollection of the robbery and seemed convinced she had somehow lost them.

She unpicked cushions and even tried to lift floorboards in search of them. She also refused to eat and sank into a terminal decline. Two weeks later, she died. It’s said that her unhappy spirit still searches the house for the missing necklace. Eyewitnesses have reported seeing carpets ripple, hearing unexplained creaking noises and feeling sudden blasts of cold air.

“There’s something that excites us about horror” explains drummer Eleanor-Cara Churchill “We naturally just went down more of a dark and doomy route. It wasn’t something we planned, it was just what we felt at the time and it’s now stuck with us.”

The band are racking up an impressive list of support slots in their home county and have so far played with the likes of Black Honey, The Mirror Trap, Dinosaur Pile-Up, Heck and Clean Cut Kid; a list that’s almost as varied as their own many-faceted influences. Citing the likes of Nirvana, The Pixies, Kendrick Lamar, Reggie Snow, Deap Valley, The Smashing Pumpkins, Pulled Apart by Horses and Interpol, their taste is nothing if not eclectic.