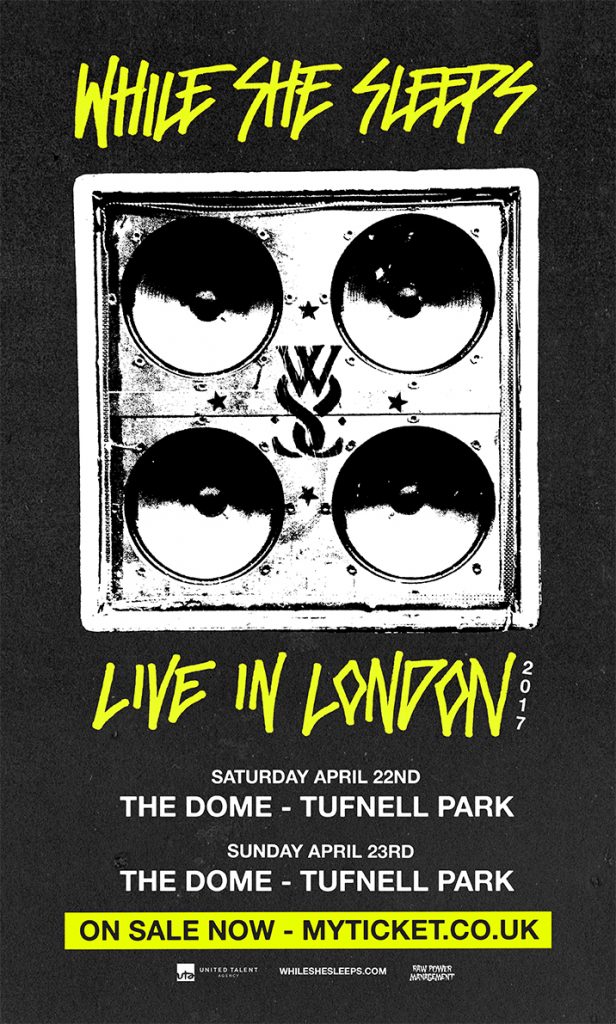 As they put the finishing touches to their third album, Sheffield’s While She Sleeps have announced a double header of intimate London shows at The Dome in Tufnell Park on 22nd and 23rd April. Sure to be two deliciously sweaty and riff-fuelled affairs, these shows will be amongst the first chances to hear new material from the band up close and personal.

The first recorded taster from While She Sleeps’ next chapter was recently revealed in the form of ‘Civil Isolation’, a visceral new track, which has propelled the band’s new endeavor. In order to fund the record’s creation and release, a PledgeMusic campaign was launched and the goal amount set was blasted through within a mere two weeks – a testament to While She Sleeps’ dedicated and loyal fanbase.

The forthcoming album is being crafted by the band and producer Carl Bown (who they also worked with on ‘Brainwashed’) in a warehouse in the industrial heart of Sheffield which the band themselves have transformed into a home for the creation and cultivation of their musical exploits.