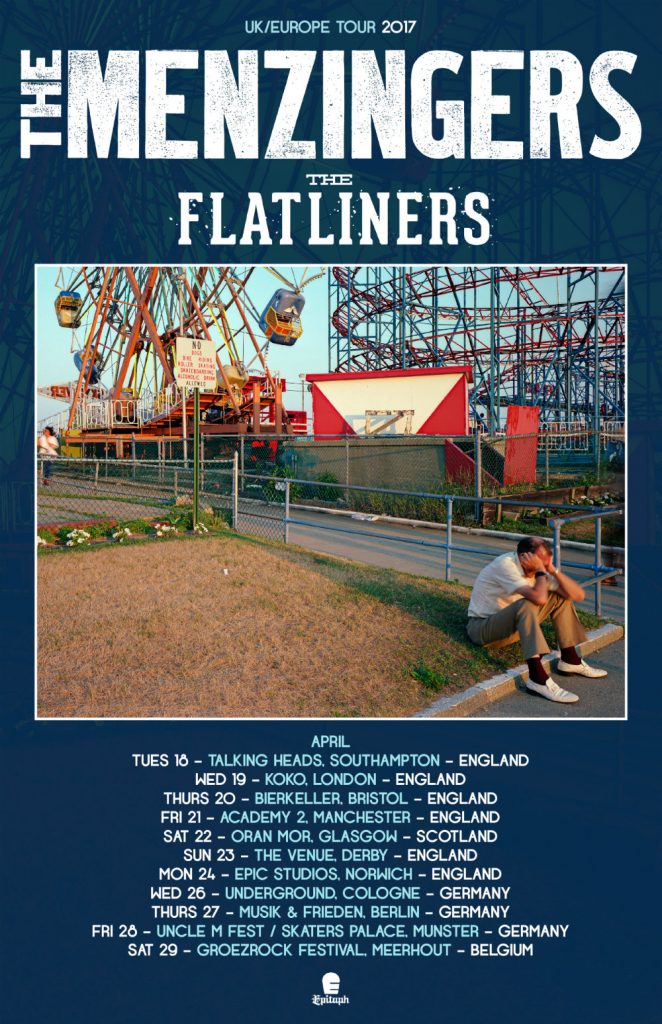 The Menzingers are set to make their return to the UK in April 2017 with a seven date UK tour and The Flatliners will be joining them as Special Guests. They’ll also be heading out to Germany for a few shows, as well as playing legendary punk festival Groezrock in Belgium. Tickets for the headline dates will be on sale this Thursday at 10am from http://themenzingers.com/. This run of dates will follow the release of The Menzingers’ eagerly awaited fifth full-length ‘After the Party’, which will be out February 3, 2017 via Epitaph Records.

Most recently in the UK last month, The Menzingers have made a habit of selling out venues on these shores and, indeed, around the globe. Armed with a new set of anthemic choruses, furious power chords, and larger-than-life melodies, they’ll be bringing a fresh batch of classic singalong opportunities to their dedicated and burgeoning fanbase in 2017.

The Menzingers made their Epitaph debut with 2012’s ‘On The Impossible Past’, which was voted Album of the Year by Rock Sound Magazine, Absolute Punk and Punk News. Released in 2014, its follow up ‘Rented World’ was praised as “packed with clever songwriting” by The New York Times and declared “a colossal fist-pumper” by Stereogum. The forthcoming album ‘After The Party’ is much anticipated.

Lightning Bolt release animated video for “Blow To The Head”, touring throughout 2019 & 2020