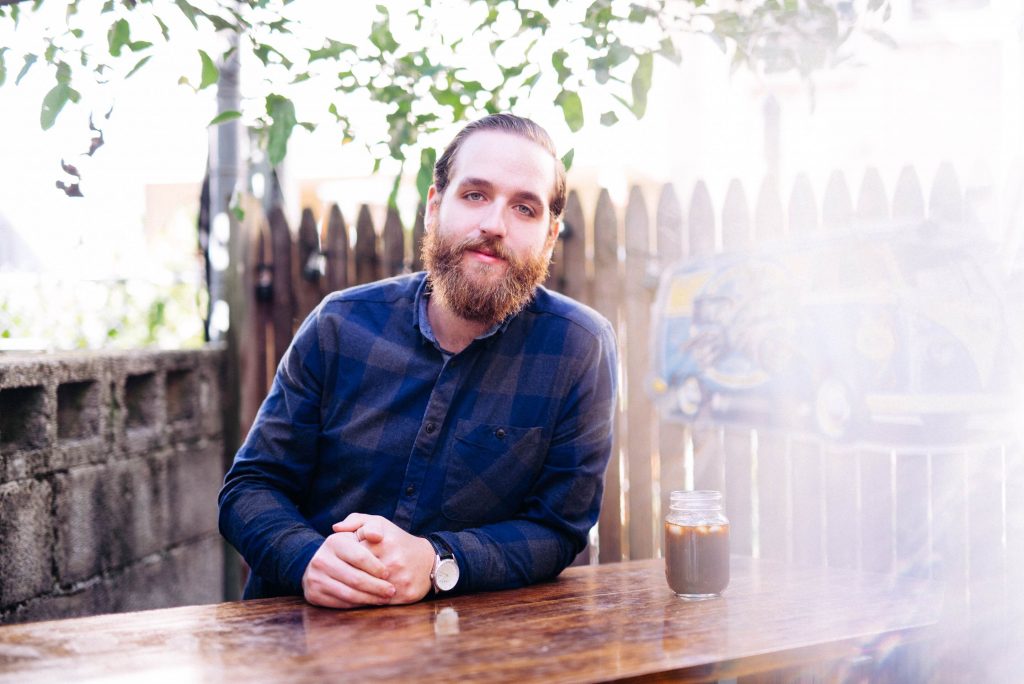 Out December 9th via Lame-O Records

Stream “Under The Rug” via American Songwriter

What is now the 7-piece folk-punk powerhouse Steady Hands began as a folk troubadour side-project for Sean Huber, the drummer of Modern Baseball. Inspired by Billy Bragg, Bruce Springsteen, Frank Turner and other classic punk influenced singer-songwriters, Huber began thrashing his way through Philadelphia bars and basements in 2012. Driven by an energy inconceivable to most, Huber took advantage of every second of down time from his drumming duties in Modern Baseball, committing to life on the road and creating his own name across the US and UK.

By the time Huber began recording his 2nd EP The Libertines, it was clear he wanted to begin recruiting his friends to create a full time band for Steady Hands. From electro-pop group W.C. Lindsay came William Lindsay on lead guitar, George Legatos on bass and Richie Straub on drums. Also joining them were fellow Modern Baseball member Jacob Ewald on rhythm guitar and a long time hometown friend Andrew Kirnan on keys.

From The Libertines to Brandy Of The Damned, Huber and his band perfected the art of crafting songs that found the perfect blend of polished rock and soulful punk, the happy medium between pretty and gritty. They began to pick up fans from across the punk rock spectrum, winning over Modern Baseball fans with his guest vocal on the band’s hit “Your Graduation,” and folk-punk purists with his incredible honesty and heart.

In December of 2016, Steady Hands will release all of their material to vinyl for the very first time in the form of the double LP Rude Boys Of Bar Rock. The release included a Nebraska-esque re-recording of the songs from Not Many Of Us Left and one brand new song “Under The Rug.”