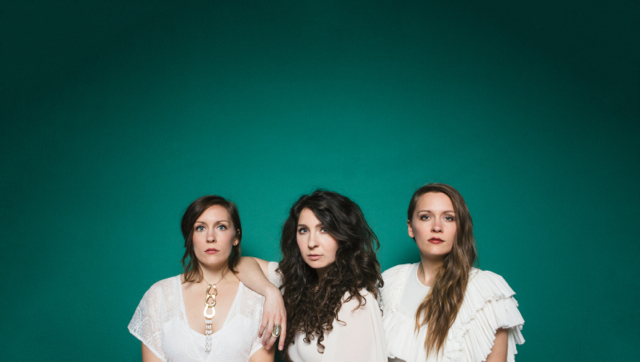 Sister trio Joseph have announced a run of 2017 headlining tour dates in support of their breakout record ‘I’m Alone, No You’re Not,’ which was recently released via ATO Records. Full itinerary below.

The band has also shared a new spine-tingling acoustic cover of the Britney Spears song “Toxic.” The cover is part of Joseph’s ‘On The Road Jo EP’ which also features intimate radio session recordings. The EP is available for free download at Noisetrade: http://noisetrade.com/thebandjoseph/on-the-road-jo-ep Joseph and Noisetrade have a special history together – the band originally released their debut album ‘Native Dreamer Kin’ via the platform. They booked their first national tour with living room shows organized by new fans they met on Noisetrade.

2016 has been a banner year for Joseph, who recently made their daytime TV debut on Ellen after also performing on Fallon, Conan and CBS Saturday. “White Flag”, the lead single off ‘I’m Alone, No You’re Not’, peaked at #1 on the Billboard Triple A radio chart last month, and the record was #1 on the Billboard Heatseekers chart after its release in September. This fall, they sold out New York’s Bowery Ballroom and toured with James Bay, including a stop at Radio City Music Hall. They just wrapped up a European tour with Michael Kiwanuka and are heading back to the states for US headline dates before European dates in early 2017.

^ with The Strumbellas
= with Barnes Courtney
+  with Warpaint and K.Flay
@ with Nathaniel Ratliff & The Night Sweats
# with The Head and The Heart