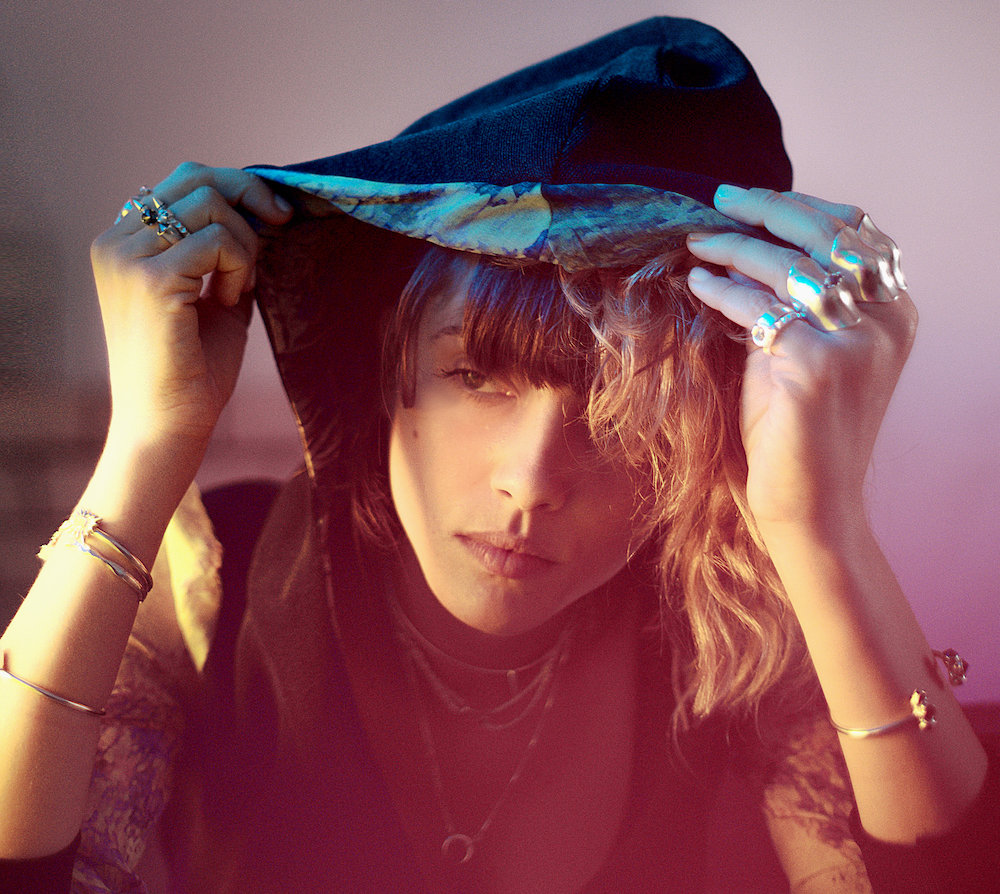 Single-minded and razor-sharp, Tel Aviv’s Noga Erez is the latest signing to City Slang Records, and today announces the release of her politically-charged debut single, “Dance While You Shoot”, accompanied by a suitably striking, dystopian video. She has also confirmed details of her first UK live shows for later this month.

The grainy textures and potent atmospheres forged with her synths and ingenious beats bravely straddle genres, energized further by the environment in which she’s grown up. She describes the hypnotically percussive “Dance While You Shoot”, as being about the globally–relevant realisation that “you can’t live without the government that ensures your basic needs, but at the same time takes your money, keeps you in the dark about the real, important matters that affect your life directly, while drowning you in manipulative media, ignorance and bureaucracy.”

The accompanying video was directed by Zhang + Knight and shot in Kiev, Ukraine. “We wanted to make a video that showed everything associated with violence and corruption coupled with a soft, sweet visualisation” Erez explains. “The idea of using the color pink to soften the disturbing images was inspired by photography works from Richard Mosse’s ‘Infra’ series, and images from the 2011 Kampala riots in Uganda where protestors were sprayed with pink paint.”