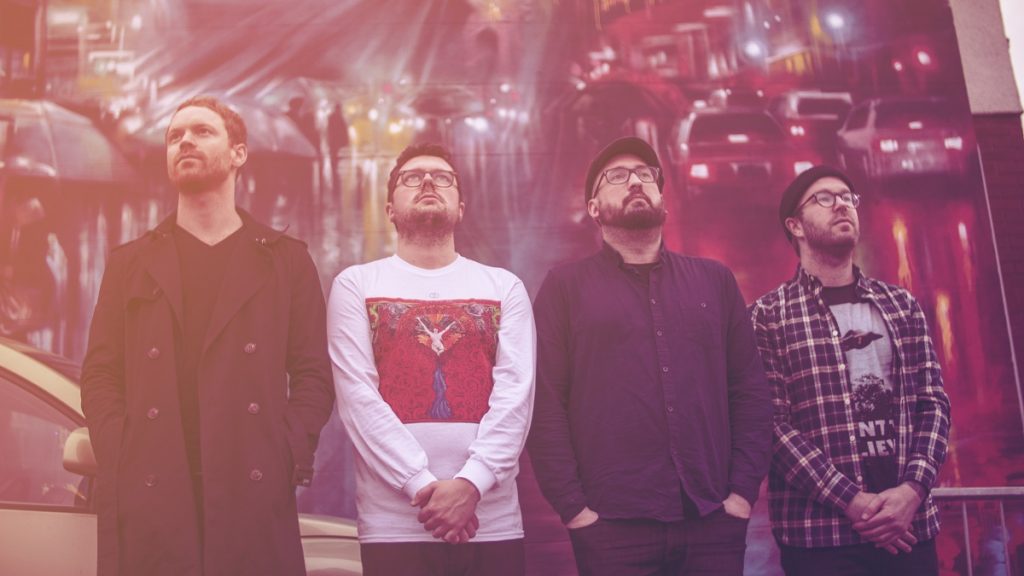 Watch The Stunning Video For ‘Starlight Filled Our Minds’

blanket are extremely proud to announce that their debut 12” LP, Our Brief Encounters, will be released on 10th February 2017 and is available to pre-order now.

A brand new four-piece originating in Blackpool, Lancashire, they specialise in sweeping, post-rock-influenced, ambient sounds inspired by the likes of Caspian, Sigur Ros, Circa Survive, This Will Destroy You, Nothing and Failure. Their whole aim is to create an audio-visual soundscape that will take both listeners and spectators on a journey of sensory discovery.

To celebrate the news the band have released a stunning video for album track ‘Starlight Filled Our Minds’ featuring professional dancer Kelly McClelland, graduate of the Northern School of Contemporary Dance & alumni of its post graduate production company Verve. She now teaches workshops for Rambert Dance Company, one of the world’s most renowned schools of contemporary dance.

Directed and filmed by front man Bobby Pook, a video producer and musician by trade, Pook has made the creation of art in various forms his entire world – something that was nearly taken from him recently in a devastating house fire that destroyed thousands of pounds worth of A/V equipment and nearly cost him his life.

As the guitarist and songwriter fought defiantly amongst the flames of the home he shared with band mate Simon Morgan to rescue the possessions which gave him his livelihood, little did they know the event would come to transform their vision for the record they were already half way through writing together.

Ultimately, it was a decision which – although admirable for many reasons – nearly cost him the ability to ever play music or make films again, when he was left with severe 3rd degree burns to his hands. At his lowest point, a Kickstarter campaign to pay for replacement equipment funded by his girlfriend and friends, alongside the generosity of some of the companies whose ranges he used, restored his faith in humanity. It’s an event that went a long way to inspiring some of the music on Our Brief Encounters, and served as a wake-up call to both the beauty and fragility of life.

Comprised of four professional musicians with years of experience in the music industry, across their various projects the members of blanket have toured the world extensively alongside names as diverse as Youmeatsix, The Wonder Years, Skindred, Four Year Strong, Super Heaven, Every Time I Die and The Story So Far, had tracks featured on international television and the Tony Hawk’s Pro Skater game series, and received coverage from music publications worldwide.

There’s no denying that theirs is an arresting sound reminiscent of grandiose movie soundtracks, and the band are hoping that their new release will be remembered not just for its stunning musicality, but also for its very human and entirely emotional response to the precarious world we live in.

blanket is woven from:

Wrap yourself in blanket:

Avec Le Soleil Sortant De Sa Bouche will release their second studio album Pas pire pop, I Love You So Much on January 20, 2017