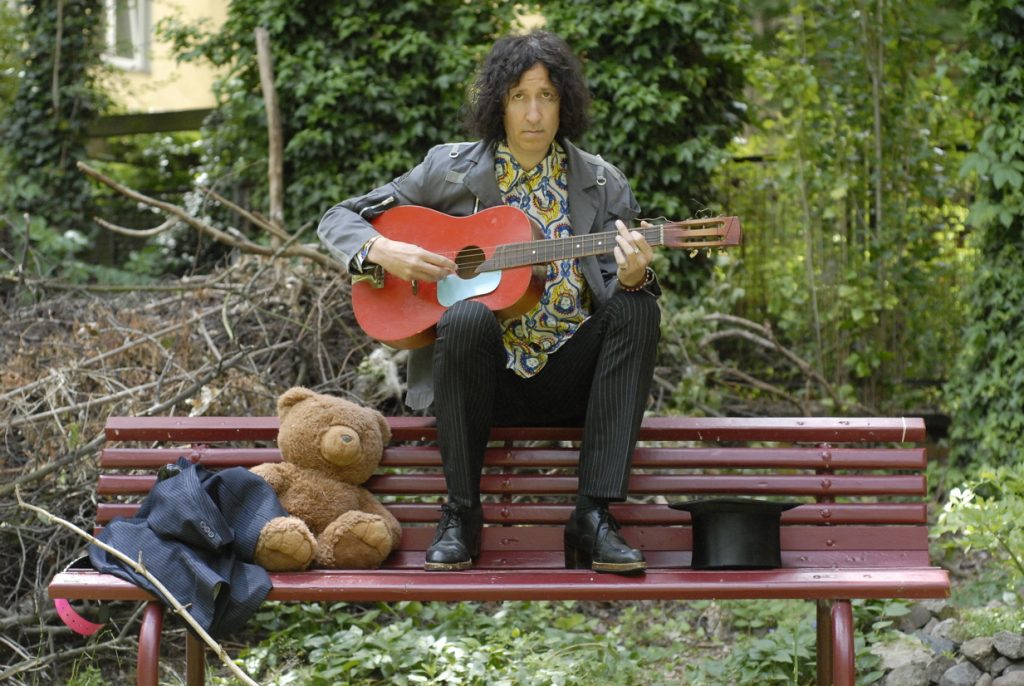 “Honestly it wouldn’t surprise me if an alien with a boner for minimalist teutonic techno and post punk made this, it’s that weird.” – Noisey

Berlin based musician Gordon Raphael has unveiled three videos for his new single, ‘Substitute Music’. The musician and record producer who is best known for his work on The Strokes’ Is This It and Room On Fire, and Regina Spektor’s astonishing debut Soviet Kitsch, has released the three variant videos to showcase his love of the visual arts and in particular his breakthrough in creating videos alongside his own music.

These three new videos, which range in subject matter, celebrate the weird and wonderful nature of Raphael’s vision for ‘Substitute Music’.  Featuring mannequins and radio waves, rockets and black & white clips, these videos are happily manifested, and put out for resonant souls to enjoy.

Raphael says about the video: “Even though I am a huge fan of visual art: paintings, photos and films, I was afraid to make videos simply because of what it’s taken me to learn music and recording. This summer I had a mild breakthrough and as soon as I realized what I could do, created Substitute Music and three short variations. Even while I was finishing the music mix here in Berlin for Substitute Music, I made three extra remixes with added junk; narrator voices, clean synthesizer chords and a few sweet explosions. These I called Sub Mutant (Variants) and actually made the videos for those shorter pieces before tackling the main song.

Gordon Raphael is a musician and record producer born in New York. As a producer, songwriter and music fan, Raphael prefers music that is unique and powerful, always choosing to work with bands and artists that have the magic spark of creativity, rather than those who follow commercial trends.

After spending his rebellious teenage years in Seattle playing rock-n-roll keyboards in bands, Raphael taught himself how to use tape recorders and analogue synthesizers as a method of writing obscure, weird outer-space songs. These compositions featured heavy use of ring modulator, Echoplex, phase shifters, mad distortion and poetry released under the names Mental Mannequin, Colour Twigs, Sky Cries Mary and Absinthee.

In 1998, Raphael made an honorable pilgrimage back to New York, where he planned to dazzle the music world with his Pacific Northwest brilliance. In fact, performing songs in nightclubs was rather slow going, but Transporterraum NYC, the studio he founded with cutting edge Berlin producer Moses Schneider (Beatsteaks, Tocotronic), was earning a reputation for great recordings done at a cheap price. By 2005 Raphael had recorded over one hundred bands, including The Strokes, Skin, The Libertines, Damon Albarn, Ian Brown, Satellites (Mallorca) and Kill Kenada.

Gordon Raphael is currently working on a new album which he recorded in Buenos Aires, Argentina to be released next year.