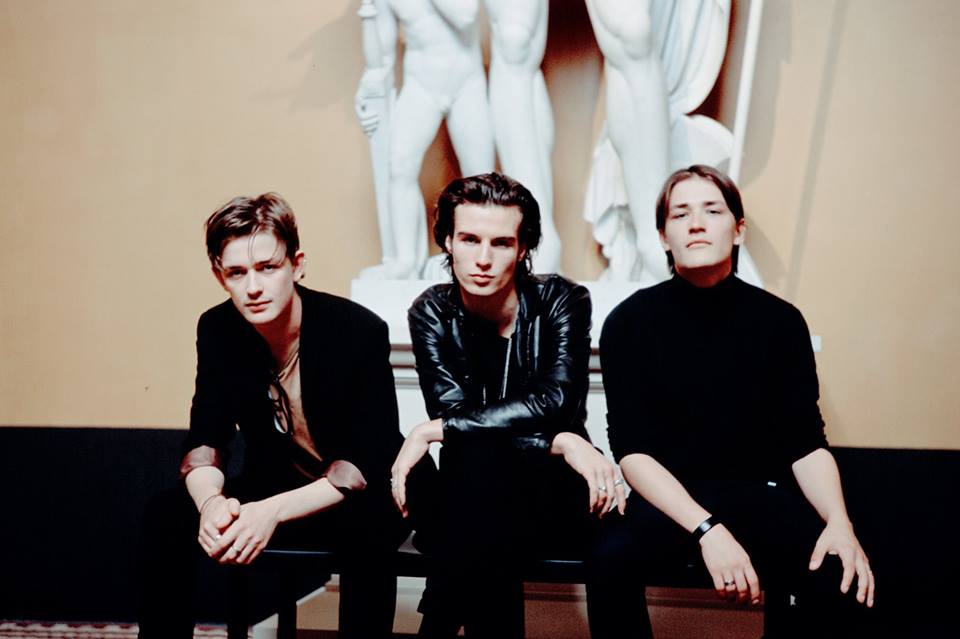 During the summer of this year we first introduced you to the sounds of John Alcabean, also known as Alcabean, the no-nonsense Danish post-punk trio who create a frenzy of melodic melancholy fused with their own ferocious noise soundscapes. The energetic noise merchants have had a triumphant year with the release of their incredible debut EP ‘Real Time Fiction‘ on Tapetown Records. The band have been compared to the likes of Drenge and Royal Blood and before long will own the same reputation.

In an effort to discover more about this talented three piece, our writer Gavin Brown spent some time chatting to the men to lift the lid on the Alcabean inspiration, their workmanship, their community and more.

How did the band get together?

As brothers with pretty similar taste in music we just decided that it could be fun to form a band where we were able to control the progress of making the music.

How would you describe your music to someone who hadn’t heard you before?

How did you come up with the bands name?

Julius came up with the name and we thought it sounded like a mysterious villain from a western movie or something like that. And we just stuck with it… Many people actually think that the band is a soloproject which is kind of fun.

Your new EP Real Time Fiction is out now. What can you tell us about it?

The process of recording this EP was very much about finding the sound we already knew that we wanted.

We feel like this EP Is the outcome of some very confusing couple of years in the band and we can’t wait to finally release it because it sort of feels like that this release is going to put an end to all the confusing.

How did the recording of the EP go?

About two years ago we started writing the songs for this EP and very fast we found a studio to record it in.

Couple of months after we released it on soundcloud but quickly after we took it down, because we weren’t satisfied with the overall sound of EP.

Then we found this awesome dude named Rasmus Bredvig and his studio Tapetown in Aarhus, Denmark which we decided to record the EP with, mainly because we felt like he understood what we wanted.

And because it’s been awhile since we recorded it, the songs already feels old to us which is strange because we just released it.

What are the songs on Real Time Fiction about?

There is no specific theme lyrically but there is a lot of emotion going on which is hard to explain because we don’t always know where the lyrics comes from, it is more a reaction to the music that we play.

Was the title of the EP inspired by anything in particular?

It is inspired by the idea that too much thinking sometimes work against your self-development.

What are some of the bands influences?

There is so many good bands out there, so it’s hard to choose. But if we have to get to the core of our musical hearts, then we would probably say bands like: Smashing pumpkins, Kings of leon, Interpol, Bombay bicycle club, Nothing, and Wolf Alice.

What is the best gig that you have ever played?

We played Uhørt Festival this year which is a festival in Copenhagen focusing on upcoming bands and artists. That was pretty great !

You have played at Offspring Festival and Uhort Festival. How were those experiences?

Great, and we were very glad that we had the opportunity to try it

If you could curate your own festival, which bands would you pick to play?

We’re really bands like Cheatahs, Nothing and Kagoule at the moment. So those acts would be fantastic to watch at our own festival

What is the musical climate like in Denmark at the moment?

It’s fucking great. Without a doubt the best it’s ever been. Sadly most of the population only listen to the stuff that’s played on the pop radios, so all of the best bands “in our opinion” still remain underground.

Are there any bands that you can recommend to us?

We definitely want you to give some love to some underground acts like Love Talk, Federal Unicorn, Tin Can Telescope, Moon Loves Honey, Captain Casanova, Alpha Male and Nicotine nerves.