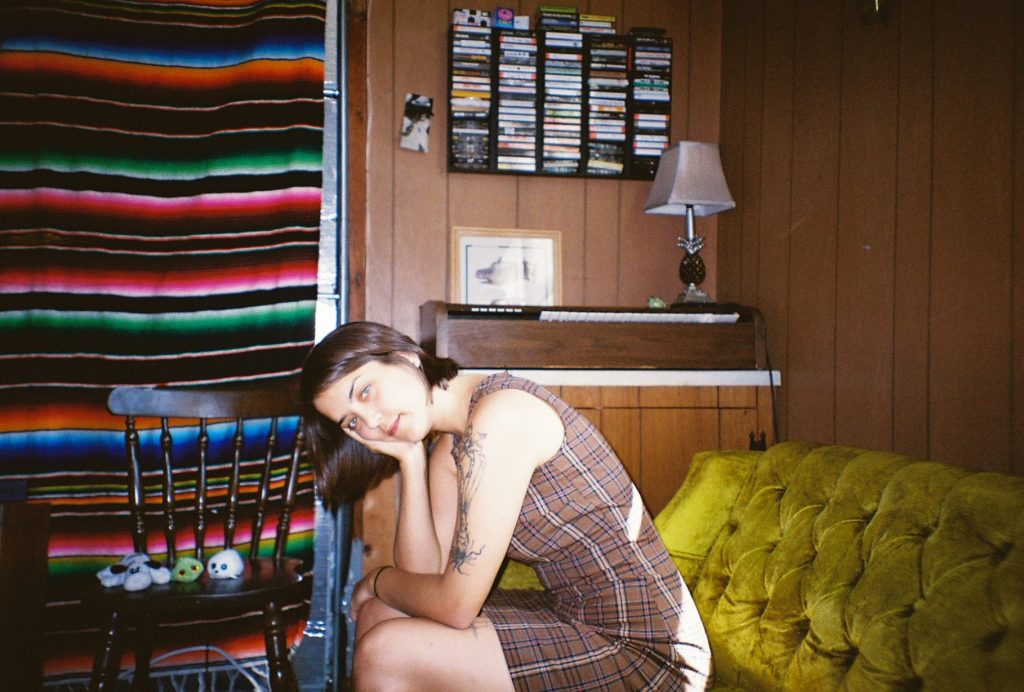 FREE CAKE FOR EVERY CREATURE

Beginning as a collection of humble bedroom 4-track recordings Katie Bennett probably hadn’t imagined that just a couple of years later she’d be regularly touring America having released a couple of albums and now be putting them out in Europe too! That’s where Super Fan comes in. Super Fan records have just announced the partnership and are thrilled to be releasing two full lengths on one tape this December bringing together her Double Double Whammy releases ’Talking Quietly of Anything With You’ and ‘Pretty Good’

Best described as “quiet pop” her songs are at times almost whispered and have a rare intimacy thats at times nervous and endearingly honest. It’s almost like attending a private gig for one with the band playing right in front of you. Talking Quietly was recorded with Chris Daly (Porches, Fraternal Twin) at Salvation Recording Co. in upstate New York and was released earlier this year while Pretty Good is a self recorded collection of songs from 2014. With tunes exploring topics like moving city, searching for answers in books, making muffins and being in love we’re sure you’ll be as charmed as we are. Each copy will be hand numbered and includes a mini zine which Katie has put together especially for this release. It features brand new sleeve art and there’ll also be a different cake sticker found inside each tape. A first ever UK tour is being planned for 2017.

Fans of Kimya Dawson, Frankie Cosmos, Talulah Gosh, Plumtree and Diet Cig will no doubt love this one.