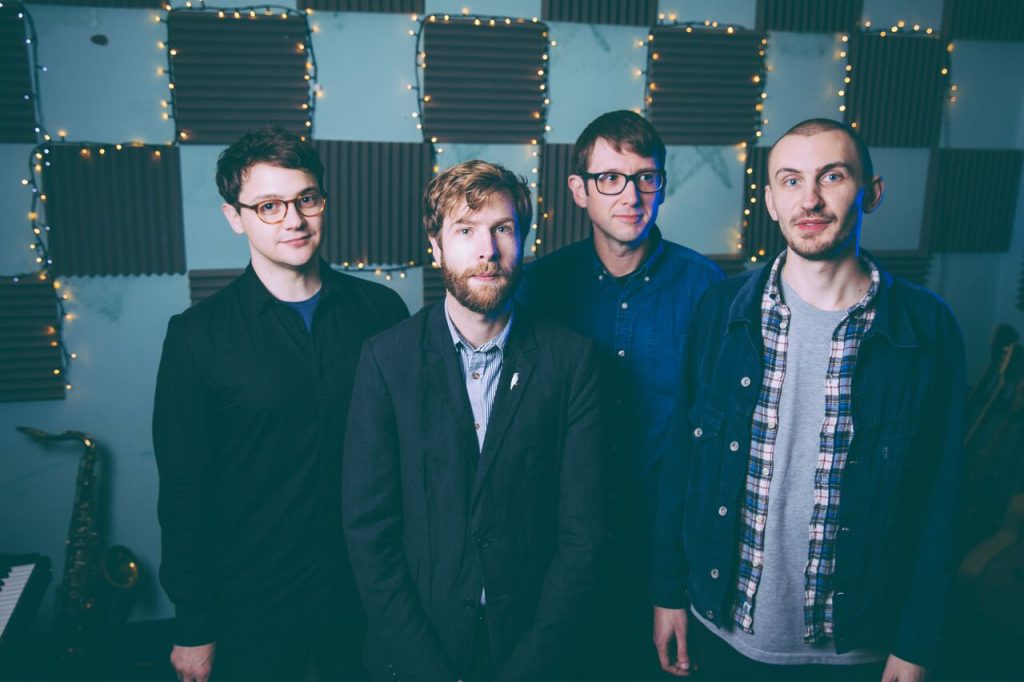 Described by Clash as ‘fast becoming an imprint to watch’ Leeds label Come Play With Me’s latest single featuring tracks by Her Name Is Calla and Deadwall looks set to continue the precedent it has set of highlighting the awesome diversity of great music coming out of the area following the likes of Cinerama (The Wedding Present), Harkin (Sleater Kinney, Sky Larkin), Fizzy Blood, OFFICERS, ZoZo, Esper Scout, Ceiling Demons & Maggie8.

Leeds’ Her Name Is Calla make up one half of this new single with their track ‘Kaleidoscoping’. A self described “old band now” Her Name Is Calla have been quietly creating what NME have described as “massive, pastorally apocalyptic music” for over a decade, winning accolades and fans along the way with a cluster of acclaimed albums and tours with the likes of The Twilight Sad and I Like Trains.

Despite being somewhat nomadic, with members dotted around the country, the bands heart lies in Leeds, singer Tom Morris explains “We have always been a band without much of a home city and living on the outsides of different music scenes, so it’s incredibly humbling to be asked to be a part of such a great project for Leeds music.”

Explaining the way ‘Kaleidoscoping’ was created and the way the band collaborate remotely and stitch their ideas Tom Morris said “During one half term break at the school I work in, I sat down at one of the pianos and made a little demo which would become the song ‘Kaleidoscoping’. I sent it to the rest of the band and gradually we recorded the song properly in our usual fashion; remotely tossing stems back and forth between Leicester and Leeds. A bass line here, a Theremin there, Violins rolling out across the ether, until I could stich them together into something wholly us.”

Deadwall are an ambitious band, their music venturing from alternative indie to chamber pop via some knowing nods to 90’s Shoegazey College rock. Clash said of the band “wonderfully dreamy pop song writing, from a group blessed with enormous imagination” A huge part of Leeds’ DIY scene, Deadwall’s Chris Duffin is also one of half of Xam Duo alongside Hookworms’ Matthew Benn.

The bands contribution to CPWM is the driving, focussed guitar pop of The Talk. Deadwalls Thomas Gourley explained the wide ranging inspiration for the song “’The song is roughly inspired by two things; Thomas Hardy’s poem ‘The Walk’, and the Paris Climate accord. Two pretty disparate subjects, but I guess it’s just a lament over something gone or lost. Not the coolest of subjects, I know but that’s how I roll these days!”

The single launch featuring both bands will take place on November 26th at the Brudenell Social Club in Leeds. Tickets are available here  – http://bit.ly/2bKW15V

CPWM is inviting submissions from artists in the Leeds City Region that think they’re at the right stage of their career to benefit from a release with the singles club to submit a track and tell us what they’re about – see the Submissions page on www.cpwm.co.