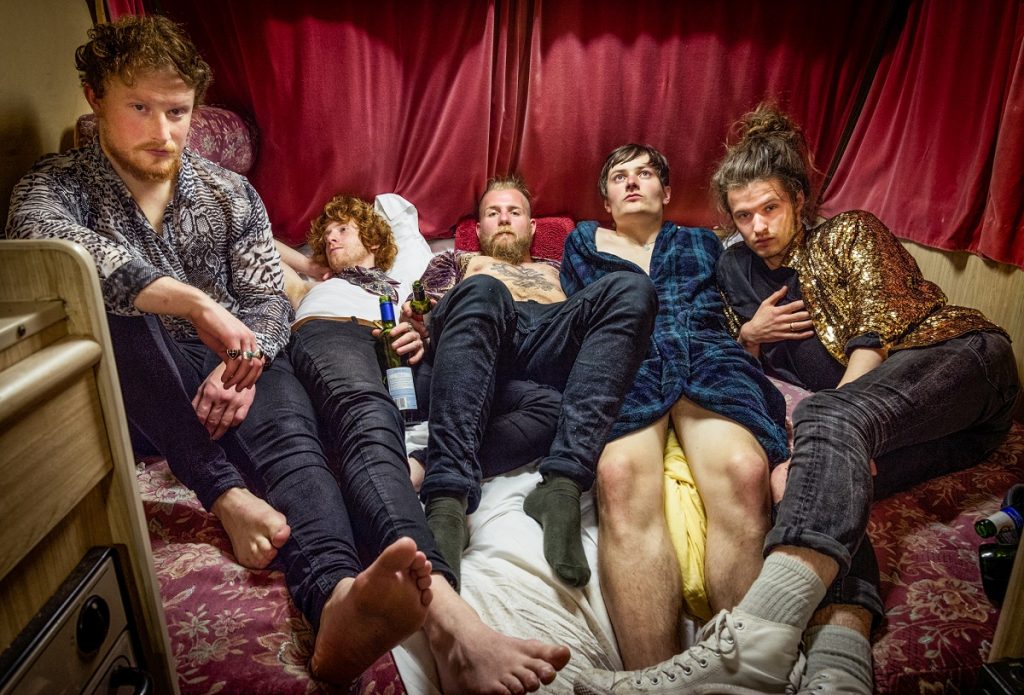 Following storming sets at Reading & Leeds, Twisterella and We Are Family festivals this summer, North-Yorkshire garage-punks Avalanche Party are primed and ready to release their new single ‘Solid Gold’ on 2nd December via Amazing Singles Club.

The track will be the first release on the newly formed Amazing Singles Club recently established by Amazing Record Co, billed as “a dating club for new music”. To get exclusive first access to the track and high quality lossless format, sign up at https://amazingrecordco.com/singlesclub

A ferocious, loud and primal three minutes of trip-out, fuzzed-up punk noise, ‘Solid Gold’ is played with knuckles that are whiter than white and spat contemptuously through gritted teeth. In short, it’s the perfect clarion call for their obtuse, psychedelic sound.

Commenting on the news, Joe Bell (bass) said: “We are really excited to be releasing “Solid Gold”. It was one of the first tunes we wrote in sessions after we changed up our line up and was influenced by bands like Ty Segall, Screaming Blue Messiahs and Thee Oh Sees.”

“We recorded the song in York with our good friend Isaac McInnis and he was a blast to work with. Tarek Musa (Spring King) did a brilliant job on the mix too. We’ve known Tarek for a little while now and he really gets what we’re about and brings a great vibe to sessions.”

Hailing from high in the wind-swept, bracken-laden heights of the North Yorkshire Moors, Avalanche Party’s brand of garage-punk is intense and immediate. The Pistols, The Clash, The Stooges, The Damned; they’re all there, only twisted into a much leaner, much fiercer beast. This is punk at its most feral, garage at its most primal. This is rock’n’roll in its most fearsome form, with its teeth bared spitting like a cornered pit-bull.

The past year has seen Avalanche Party tear away from the moors, raising venues all around the UK to the ground, and sharing the stage with the likes of Happy Mondays, The Subways, Palma Violets, Vant, Public Enemy, The Temperance Movement, The Pretty Things, The Datsuns, The Amazing Snakeheads and Reverend & The Makers.

The band have received heavy radio play since the release of their debut EP, being championed by BBC Introducing, Radio 1’s Huw Stephens, 6Music’s Steve Lamacq and Tom Robinson, Vic Galloway, Amazing Radio and KCRW’s Jason Kramer in the USA.

They recently recorded a BBC6 Music Live session for Marc Riley which you can listen back to here: http://www.bbc.co.uk/programmes/b0806zm0