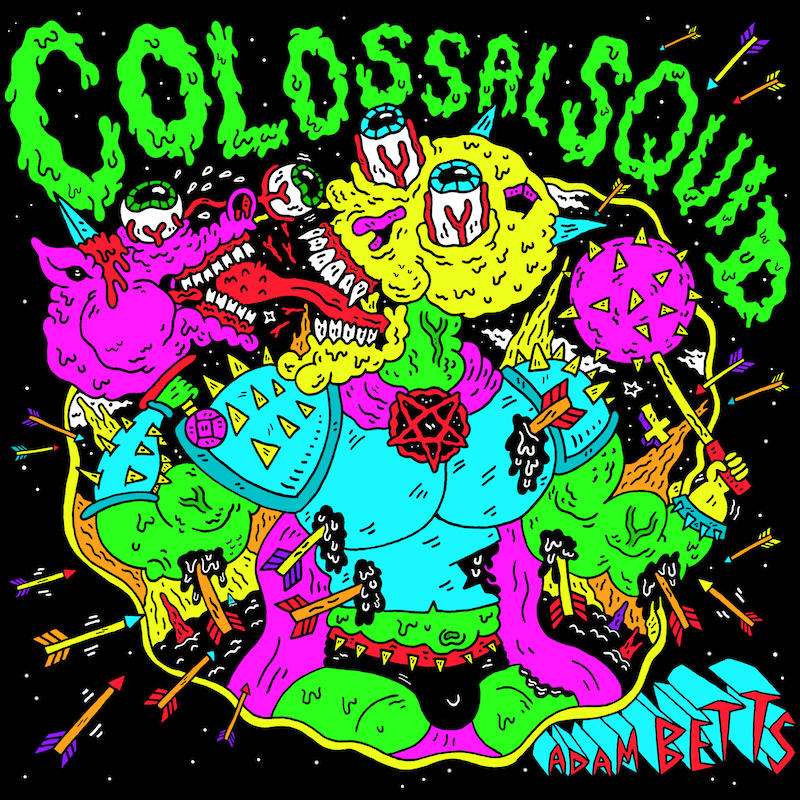 “Utilising technology in the form of a variety of different effects, samples and triggers, and combining them with a ferocious, bonzo-channeling, technical proficiency, Betts is not only extremely adept at his instrument but also seeks to push the boundaries of what one person can do behind a drum-kit.” – The Independent
“Drum nuts will salivate over the way in which Betts has managed to fuse himself with his gear, but for anyone else, it’ll be a pleasure just to hear him play drums like it’s the end of the world.” – 8/10, The Line of Best Fit
“Both complex and eccentric… This is a seriously catchy record.” – Electronic Sound
“A calculated clusterf*ck of cascading rhythm and synth that only an octo-limbed organism could pull off alone.” – London in Stereo

With his debut album, Colossal Squid, out this Friday 25th November via Blood and Biscuits, ADAM BETTShas shared the entire album on YouTube.

Recorded live in one sitting, Betts took a unique approach to making the album, creating a series of instruments on Ableton – a combination of effects, synths, and samples, all that could be triggered from the drum kit or SPD-SX – and “playing” them live, with the freedom to take the pieces in a variety of unplanned directions.

The entire recording session and resulting album can now be seen & heard online.