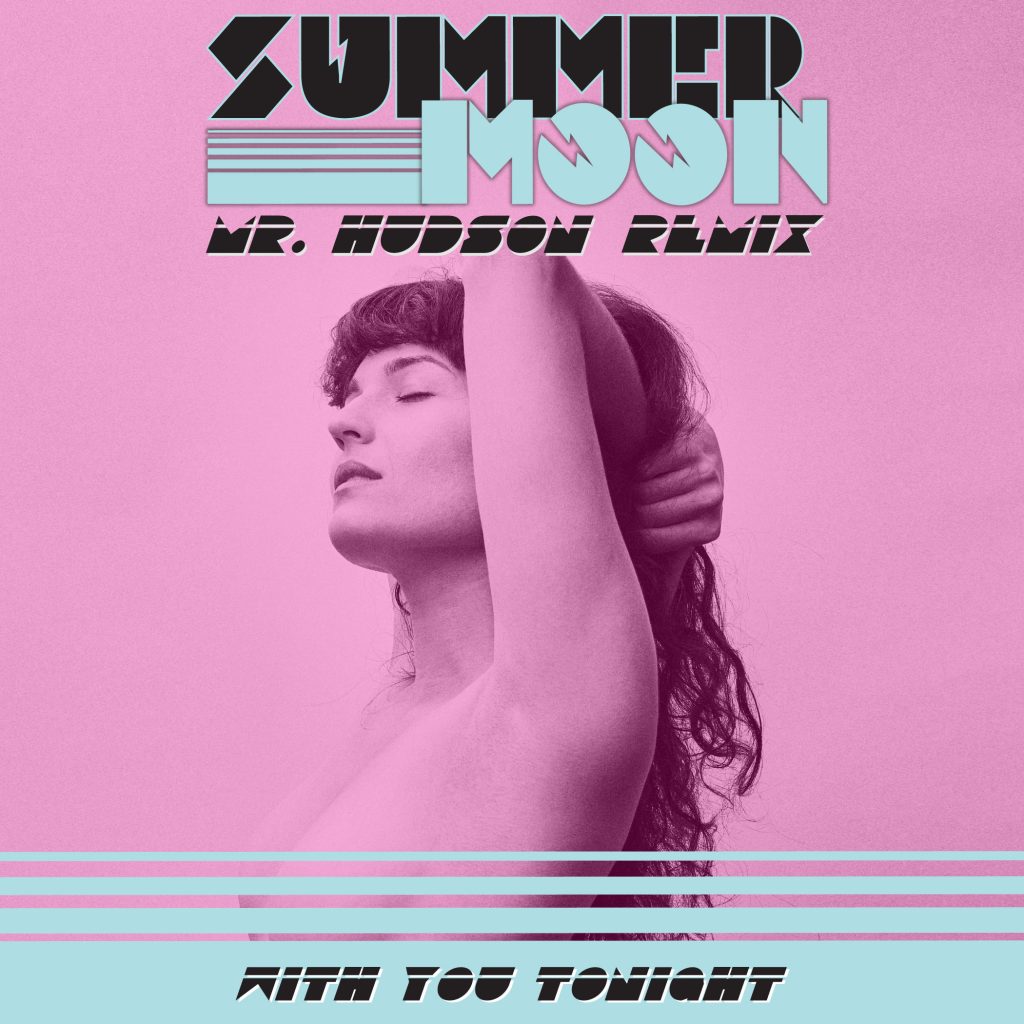 MR. HUDSON “WITH YOU TONIGHT” REMIX

RELEASES NEW REMIX AND ANNOUNCES DETAILS OF DEBUT ALBUM IN 2017

Summer Moon (ft. Nikolai Fraiture of The Strokes, Stephen Perkins of Jane’s Addiction, Camila Grey of Uh Huh Her and Noah Harmon of Airborne Toxic Event) have shared a new Mr. Hudson remix of their debut single “With You Tonight”.

Sharing his thoughts on the remix, Fraiture says: “I met Mr. Hudson after one of his shows in LA. I love what he did with the overall feel of ‘With You Tonight’, especially the sonic textures, arrangements and retro dance groove that, once the bass drops, will get you out of your seat.”

The band has also unveiled details of its debut album, which will be released on February 24th 2017. Sharing its title with Summer’s Moon’s debut single, an exclusive pre-sale of the album, “With You Tonight”, is available now via the popular fan-driven retailer PledgeMusic. As part of the PledgeMusic campaign, fans can get their hands on a number of unique items, including the bass guitar Fraiture played on the band’s TV debut on Last Call… with Carson Daly.

“‘With You Tonight’ sounds like the quartet have been sitting by azure seas, sipping cocktails from coconut shells. There are hints of New Order to its electro-funk undertones, alongside the sunny, trebly guitars of Men At Work’s ‘Down Under’ – an odd, but brilliant, combination.” NME