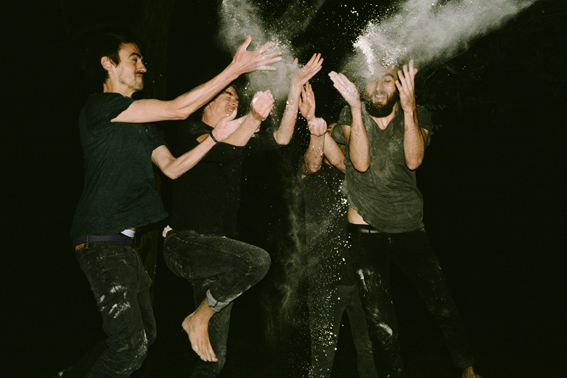 Perhaps fitting for a band conceived in a monastery in Upper Vienna, Hearts Hearts create beautiful, elegiac songs which live at the intersection of classical and contemporary electronic and pop music.  Anchored by David Österle’s voice and as likely to evoke Sigur Ros as Flying Lotus, their debut album Young is an album about experimentation and observation – literate, sophisticated, but vulnerable and warm.

Young was released earlier this year on Berlin based, Tomlab Records.

The songs on Young resemble miniature symphonies in their composition and dynamic scope, where surprising choices create a sense of tension and provocation. Tension that is so evident in the icy, melancholy “AAA” which pairs skittery, propulsive odd-time signature beats with long, legato cello lines to form a sweeping, moving aural landscape, or the racing machine heart of the title track “Young” with its mechanical beats straining against Österle’s yearning vocals. And the R&B influenced “I Am In” which shows the band in a moment of reflection, sensual and human.

Österle explains, “We wanted to make a video that visually underscores this figuration of identity as a permanent process of self-inventions. The video is much about showing people in different perspectives. The images are blury, sometimes they are overlapping and merging together seamlessly. What the lens captures, is actually the performance of a performance, the play in a play.”

Coming a generation after their spiritual forebearers like The Notwist and Radiohead, Hearts Hearts do not so much repeat or pay homage to these artists, but instead build upon them and ask how much has changed in the decade since there and then. Both in terms of the increasingly ritualized and structured world in which most of the West finds itself, and our growing preoccupation and need to escape – and how this shapes the lyrical focus ofYoung, but also in the evolution of pop music since – the rise and influence of contemporary R&B, electronic dance music, and more recently minimalist classical.

Watch their earlier videos to “Hunter Limits” and “I Am In” 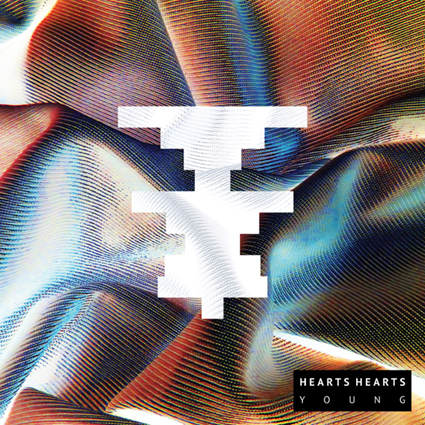