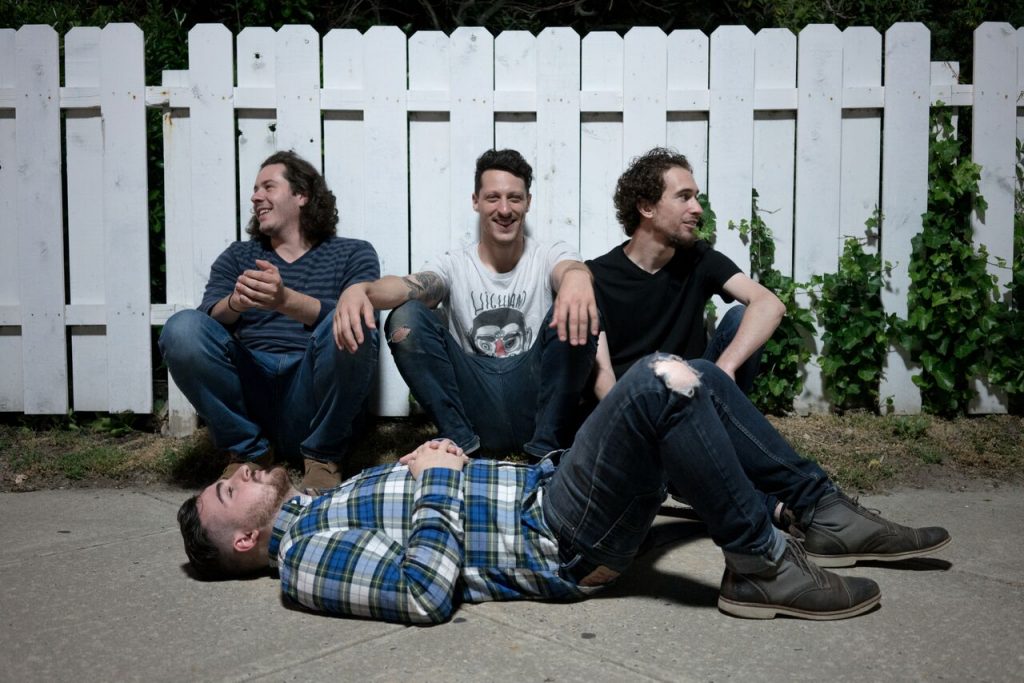 New Jersey indie rockers Toy Cars are now premiering their new music video for “Bjork,” directed by Anthony Yebra, via New Noise Magazine. The song comes off of their EP Sleeping Patterns, out now via Counter Intuitive Records and Sniffling Indie Kids. The album can be purchased on vinyl and cassette via Counter Intuitive Recordsand on CD via Sniffling Indie Kids.
Watch Toy Car’s new video for “Bjork” via New Noise Magazine
“Another step forward in Jersey’s rock heritage.” – The AV Club

“It’s easy to picture sweaty crowds shouting the words back at the band, their arms wrapped around strangers’ shoulders.” – Consequence Of Sound

“Shout-alongs [that] threaten to rattle the rafters of a DIY basement.” – Modern Vinyl

Toy Cars formed in the summer of 2014 as a side project to vocalist/guitarist Matt Debenedetti and guitarist Lucas Dalakian’s then current bands. After self recording the Red Hands EP in 2014, the two began searching for people to create a full-band lineup, enlisting members of New Jersey’s ROMP (Bad Timing Records) and soon after recorded Letters, which was self released in 2015. With a few lineup changes, the band began touring the east coast frequently and has managed to settle into a more permanent lineup, consisting of Matt DeBenedetti, Chris Beninato, Matt Caponegro and Michael Linardi. The band’s sound has been compared to the likes of the Gaslight Anthem, Kevin Devine, and earlier Brand New, and their new EP, Sleeping Patterns was released in September 2016 through Counter Intuitive Records and Sniffling Indie Kids.
https://www.facebook.com/toycarsnj/
https://toycars.bandcamp.com/
https://twitter.com/toycarsnj