“…music that deserves to be played at ear-threatening decibels to as many people as possible.” – Noisey

“…a surf rock band, but only if your idea of surfing involves getting pummeled by a giant wave…”– Consequence of Sound

For fans of: Sunflower Bean, Honeyblood, Black Honey, Hinds
Four-piece surf rock band The Van T’s, are back with a bang as they get set to release their reverb-drenched single Fun Garçon, out on 25th November via Bloc+Music.

2016 has been a breakout year for the Glaswegians having released their EP A Coming of Age to critical acclaim in July. Gaining premiere’s on Huw Stephens BBC Radio Introducing show, Noisey, Consequence of Sound and Clash Magazine the band’s name has begun to resonate from the UK to the US and beyond.

Now, the four-piece look set to pick up exactly where they left off with the release of single Fun Garçon, which premiered exclusively on Dork. You can now stream the track for free on The Van T’s Soundcloud page.

The track encapsulates all the great elements of a band who exude talent way beyond their youthfulness; relentless guitar washes over the listener like the sound of a crashing wave, as the duel vocals of twin sisters Hannah (guitar, vocals) and Chloe Van Thompson (guitar, vocals) amplify the diner-like retro feel the song already has, fused together beautifully by the tight rhythm section headed up by Joanne Forbes (bass) and Shaun Hood (drums).

The release of Fun Garçon will complete what has been a wonderful year for the band. Having already supported Honeyblood and Catholic Action in the last twelve months, they have since added stints with Yuck, Sunflower Bean and Rat Boy, who personally chose the band to play. The band followed these support slots by appearing at festivals such as T in The Park, headlining the BBC Introducing stage, Electric Fields, Wide Days and Stag and Dagger. They also picked up further press from the likes of The Scotsman, Beat Surrender, Backseat Mafia, Amazing Radio and BBC Introducing Scotland, where they recently performed a superb live session, culminating in a nomination at this years Scottish Alternative Music Awards.

Fun Garçon by The Van T’s is due for release on 25th November 2016 via Bloc+Music. 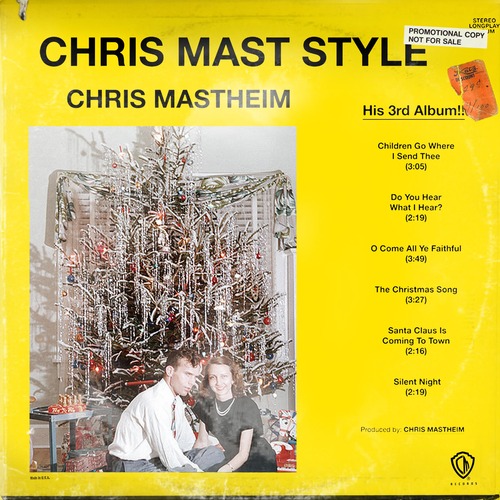 A Christmas Special from Chris Mastheim aka Nicholas Krgovich