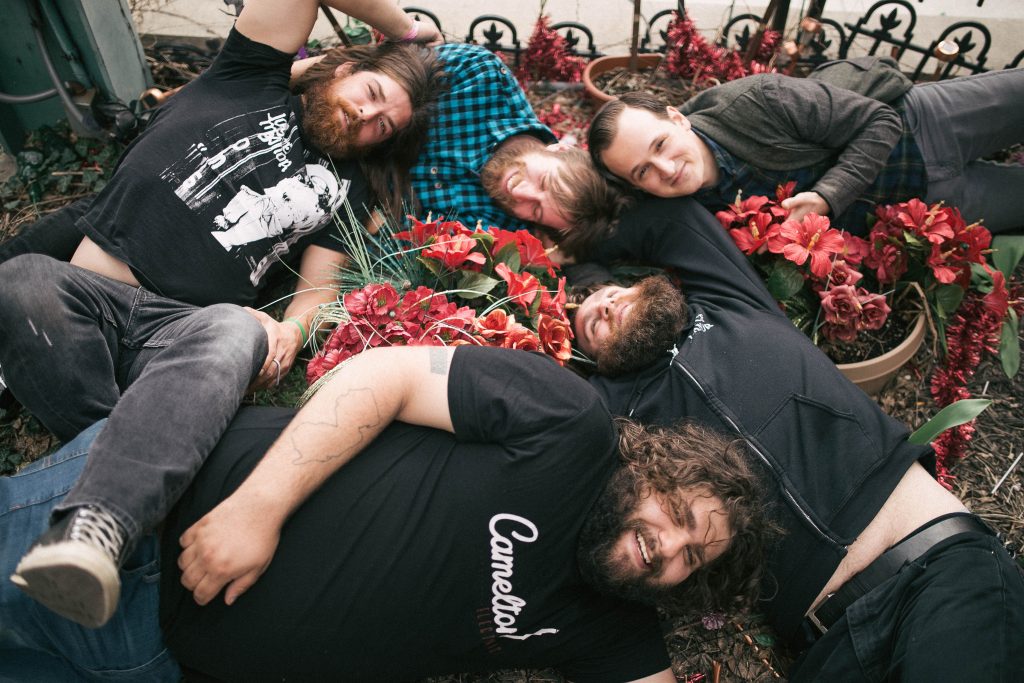 Led by the songwriting powerhouse duo Evan Bernard and Chris Baglivo, The Superweaks evolved from a Philadelphia music collective to a full time band for their first collective EP The World Is A Terrible Place And I Hate Myself And Want To Die. Since then, the band has formed a place in the hearts of the Philadelphia scene through their impressive knack for writing hooks that chew bubble gum and kick ass.

With influences ranging from Weezer to Thin Lizzy to The Ergs, the songwriting team delivers song after song of straight to the point powerful pop backed by the occasional impassioned shout and a healthy tinge of fuzz. The band released their debut LP Bad Year in 2015 on Lame-O Records, which led them to tour with everyone from Brand New and The Get Up Kids to Modern Baseball and Joyce Manor.

On November 4th, 2016, The Superweaks will release their follow up LP Better Heavens, dedicated to the band’s bass player and family member Corey Bernard, who passed away this summer. Artwork on the album, both the cover and further art within the LP come from Corey’s old drawings.

Better Heavens sees some sonic experimentation from The Superweaks, carrying on some of the pop and guitar-rock from their last release, but also finding more dynamic moments throughout. The band softens on track “Diamond Mind,” experiments with synths and vocal effects on “Oh God (We’re All So Miserable Now)” and adds some atmospheric heaviness with “Heavy Dreams” and “Junkie’s Gone To Heaven,” while still delivering great pop hooks on songs like “Better Heavens” and “Glowing.”