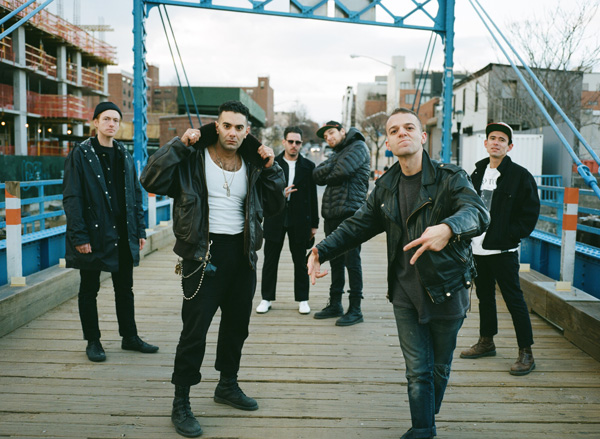 THE SO SO GLOS

SHARE LIVE CLIP OF A.D.D. LIFE AHEAD OF UK SHOWS IN DECEMBER 2016

“Kamikaze has a slightly slicker, glammier edge than its predecessors, as well as some unobtrusive strings on a couple of tracks, but the peppy backbeats, gang-shouted choruses, and fist-pumping enthusiasm remain.” Pitchfork

“..they’re getting better and better at what they do, making a strong case for their hookiest and most varied work yet.” Billboard

“They continue to write overwhelmingly catchy and energetic songs full of anthemic shout-along choruses..” The 405

New York rockers, The So So Glos, are gearing up to release to the UK, their highly anticipated and critically acclaimed new album, “Kamikaze”, via Votiv Music, and have today revealed seven live UK headline shows in December, as well as a live clip of upcoming release, “Missionary”.

A man on a mission, amidst a weapon of music, lead vocalist and bassist, Levi Zaru (Aleksander) declares to the UK, “The So So Glos are coming to the UK this December! Come out, come out wherever you are & join the dysfunctional family as it rolls through your town. This ain’t a party we’re starting, it’s a dancing industry.“

With radio plays on Radio 1, Radio X, and K! Radio, and rave album reviews, the band tackle the very real problems of a world permanently glued to computers, phones and social media, and something as minuscule as the Atlantic Ocean isn’t going to stand in their way, as they continue to distract and inspire a generation away from their phones and their screens.

Recorded with John Reis (Drive Like Jehu, Hot Snakes) and mixed by Mike Mogis (Bright Eyes, Rilo Kiley, Cursive), “Kamikaze” features some of the Glos’ rawest songwriting yet that includes themes surrounding heartbreak, hurricanes, feminism, climate change, nervous breakdowns and more. There’s a glimpse into one band member’s stay at an inpatient mental rehabilitation centre (“Inpatient”), songs about feeling disillusioned by the concept of moral compromise, the dungeon that is the music business (“Fool On the Street”), and songs about sticking to your missions (“Missionary”).

Watch and share the clip of The So So Glos performing “Missionary” live here.

As always, the members of The So So Glos have made a perfect party soundtrack, if your idea of partying involves screaming against the world of distractions and psychic destruction that surrounds us.

Find The So So Glos at: