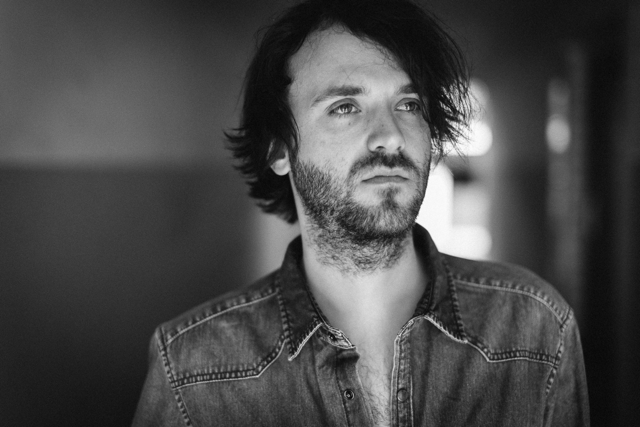 Unveils video for ‘Every Now and Then’

“Something quite remarkable” – Clash Magazine

Creating is Vinzenz Stergin’s passion. For this multi-talented musician, the act of making music is its own reward. Vinzenz and versatile drummer Adam Betts (known for his work with electronic maverick Squarepusher & Three Trapped Tigers) are Naim Records’ latest signing, Stergin – a band who combine blues, rock, electronics and modern composition in a way that defies musical boundaries and gleefully breaks rules.

Their songs are unique. ‘Every Now and Then’ laces together classical curlicues, synth bass, unusual melodies and Afrobeat flourishes in a thrilling, original way, while ‘Enjoy the Flood’ surges with vivid electronic colour and treated drums that lurch from subtlety to rhythmic intensity. It’s no great surprise when you consider Vinzenz Stergin’s extraordinary background. Growing up in the Austrian mountains, he studied classical clarinet in Innsbruck, worked for a human rights organization in Los Angeles, started a rock band and sang in choirs, before he crammed for a Masters in composition at Trinity College of Music in London, where he still resides today.

Inspired by psychedelia, “’60s and ’70s weird music”, Frank Zappa and the Mothers of Invention, he shared a house with producer/musician John Calvert (Ghostpoet), who put him onto electronic music (as well as co-producing the EP tracks). Nowadays, a love of contemporary acts like Jon Hopkins bleeds through Stergin’s music.

“… his use of field recordings, that’s something I try to do a lot, use found sounds and then treat them,” Vinzenz says. On YouTube, Stergin’s solo Monday Evening Bathroom Sessions are films of him performing in his bathroom, making up fun, inventive songs based on newspaper articles that have appeared the same day.

“He’s like a wild beast but if you explore his playing a bit deeper, he’s quite sensitive,” Vinzenz says. “Instantly when we played together, it felt we were doing something cool. He’s very versatile. The things I couldn’t add, he adds to it.”

Jamming in the studio, they write songs that Vinzenz later adapts and shapes in the production stage, much like an electronic artist. Playing clarinet, guitar and singing, with Adam’s formidable drumming, in the live domain as in the recording studio, Stergin really come to life. To hear them is to catch onto something special indeed – something that’s evolving every day.

“I’m a work in progress and I love it,” says Vinzenz.