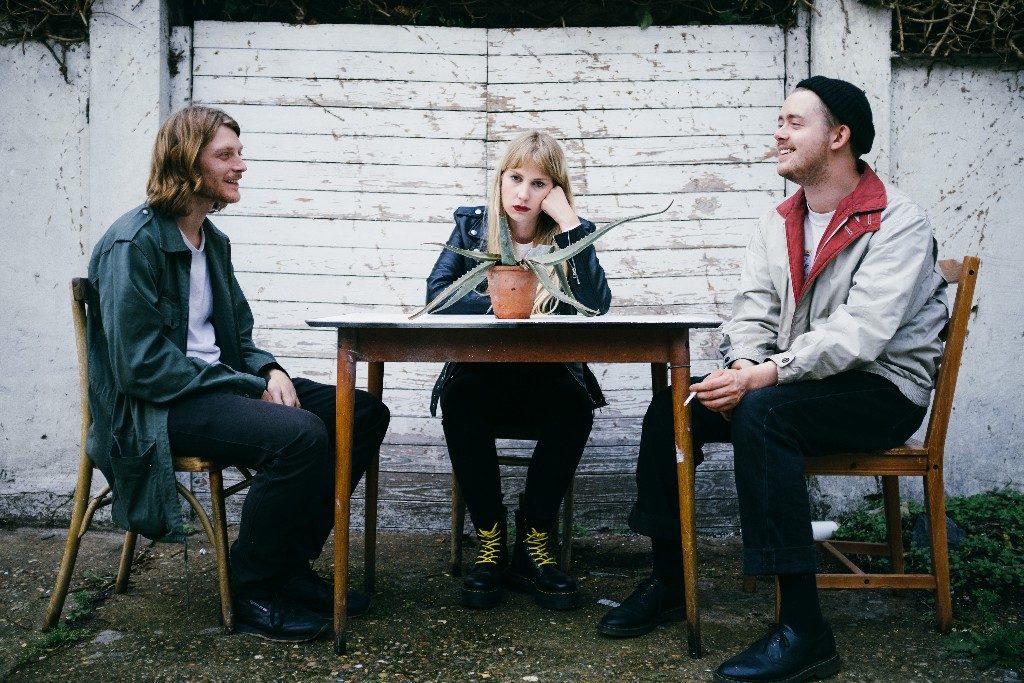 One of the first songs Slowcoaches ever wrote, frontwoman Heather Perkins comments on the newly-streaming ‘Drag’ “It has a line in it that isn’t actually words. See if you can spot it.” This song, like all their others, translates spectacularly and riotously at Slowcoaches’ typically DIY live shows. The fast, furious, clatteringly majestic and downright fun full length ‘Nothing Gives’ will be released via Leisure & District on 2nd December.

When the London-based punk-fuelled slack metal trio aren’t rocking up to women only biker festivals out in the wilds of Wales, they’re laying critter-infested Hackney Wick warehouses to waste while people almost fall out of windows, or causing grown men to headbang so vigourously they end up headbutting the monitors before projective vomiting all over the stage. So their freshly announced UK tour in December should be fun. “We’re the sloppiest tight punk band around,” explains Heather of their approach.“When we first started we were a real dirty noise band but we’ve got progressively tighter. We used to revel in being quite sloppy and slack, but even then it was still very hooky and catchy.” Think the grubby grunge of Mudhoney and early punk of The Germs meeting 1970s LA icons The Nerves and the sassy stance of Babes In Toyland down a dark alley somewhere in east London and you’re halfway there.

In spite of its fun sound, ‘Nothing Gives’ itself details all the bad stuff that happens in life: break-ups, breakdowns, a pre-mid life crisis, a drug induced mental illness, falling out with friends, getting way too wrecked, losing your job then desperately trying to find a job… the list goes on. “When I looked at the lyrics for this album all together I thought, ‘oh man, this is so bleak!” says frontwoman Heather, who is handily currently studying to become a therapist. However, for the listener who doesn’t quite fancy ending up in a dark pit of despair after listening, the record makes for a surprisingly upbeat collection. “It’s bittersweet, isn’t it?” shrugs guitarist Matt.

Part of the reason for the intensity of the lyrics is the fact that Heather suffers from severe anxiety and has experienced panic attacks since the age of 7. Yet its in playing really fucking noisy music that she finds respite.“It’s really cathartic,” she explains. “No matter how shitty or depressed I feel, I can always play a show. Being really loud and abrasive helps. I’ve never had stage fright in my life – I just have normal, day-to-day fright!” 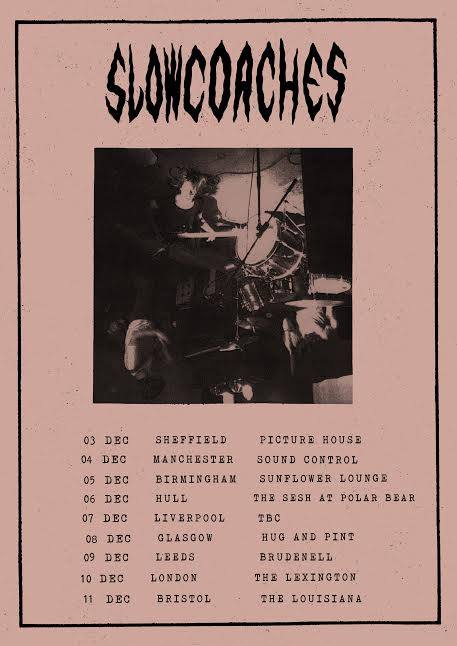