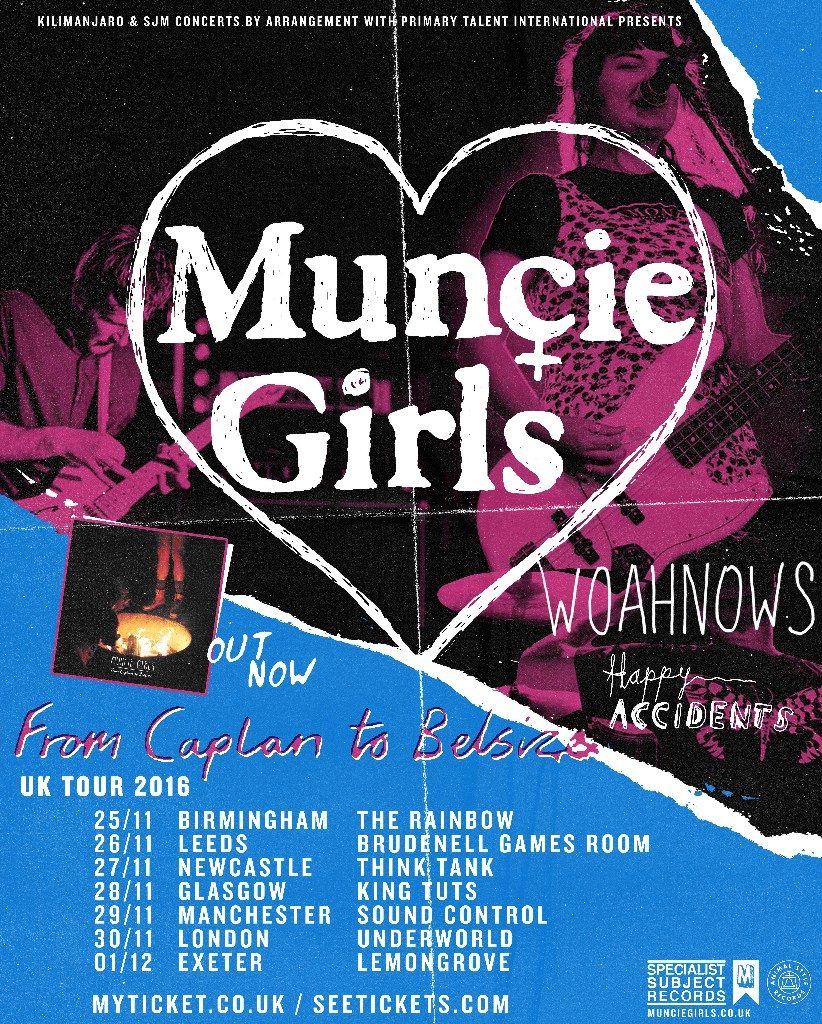 Debut album ‘ From Caplan To Belsize’ out now:
www.munciegirls.co.uk

Exeter indie-punk trio Muncie Girls are hitting the road in the UK in November for a headline tour to round off the year and they’ve now announced Woahnows and Happy Accidents will be joining them for the ride. Muncie Girls are also streaming their take on Iron Maiden’s ‘The Wicker Man’, which you can check out here \m/. The band recently released a brand new demo titled ‘Five Miles’to raise money for their beloved hometown venue The Cavern following a devastating fire.

Muncie Girls’ debut album ‘From Caplan To Belsize’ was released earlier this year to critical acclaim and the band have had quite a 2016, playing to significant crowds at the likes of Glastonbury, Download Festival, Reading and Leeds, Groezrock and The Great Escape. They were nominated for a Kerrang! Award for Best British Newcomer and have had their music played on stations like BBC Radio 1 and Beats1. Muncie Girls have also appeared in a multitude of magazines, along with glowing write-ups of their music and shows, with The A.V. Club recently named ‘From Caplan To Belsize’ in their Best Music of 2016 So Far, declaring “’Respect’ has one of the year’s best choruses”.

The album will be getting a second pressing courtesy of Specialist Subject and Uncle M Records; this is expected to be released before the end of 2016. Specialist Subject’s run will be limited to 500 on blue vinyl with 500 pink vinyl pressed by Uncle M. Stay tuned for further info.