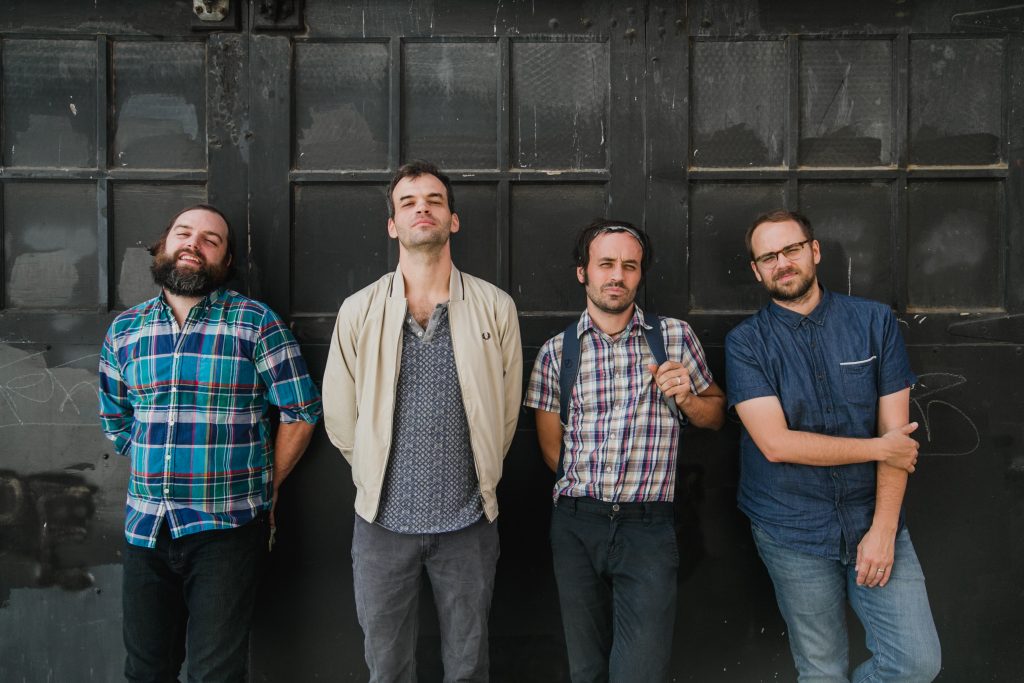 Pale Horses Out Now via Run For Cover Records

“Pale Horses marks somewhat of a stylistic return to the lush, intricate punk… with rewards that feel lived in, loved in” –NPR
“Musically, Pale Horsesfunctions as a kind of career summary, compressing the group’s musical digressions into a coherent whole.” –Pitchfork
“Do believe us when we say this is stirring, powerful stuff, and definitely one of the band’s best albums to date.” –Noisey
mewithoutYou have been abducted by aliens in their wild new video for the song “Watermelon Ascot”, created for the band by bizarre and prolific video auteur Phil Thomas Katt of The Uncharted Zone. “Watermelon Ascot” is off the band’s sixth LP and most recent release, Pale Horses, which is out now via Run For Cover Records.
Watch the “Watermelon Ascot” Video

This year marks mewithoutYou’s 15th year of being a band, and they kick off a fall US tour with support from Into It. Over It. and Yoni Wolf next week (all tour dates below). They will celebrate 15 years as a band with a special re-issue (details TBA) and will release exclusive throwback merch via their webstore.

Pale Horses is a carefully focused and personal album that spans mewithoutYou’s impressive career. From the frightened intensity of Catch Us For the Foxes and [A -> B] Life to the subdued and urgent Ten Stories, the band has truly created an album in Pale Horses that compliments and expands on their incredible 15 year legacy.  The masterful production of Will Yip transforms the band’s transcendental musings into a widescreen experience. Drums and bass lines quake with the faults of the earth, as an army of guitars and multi-instrumental nuances ring in the paranoia, mass hysteria and peaceful exaltation. The result is a stunning collage—fitfully disturbing, steadily bizarre, uniquely celebratory—undoubtedly the grandest musical adventure yet conceived within mewithoutYou’s expanding tapestry.
Tour Dates: