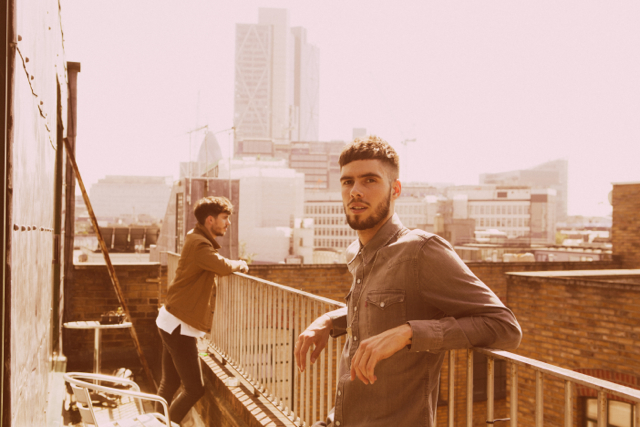 + ON TOUR WITH EDEN THIS NOV

“This London duo quite literally sound like magic” – Indie Shuffle

MAJIK are pleased to announce details of their new single Real ahead of their debut European Tour.

MAJIK are a band of two talented twenty-something’s who don’t mix ordinarily. Don’t be fooled by their identikit beards. They lead separate lives and come from very different backgrounds. There’s Jamie: the scientist from Ayrshire, Scotland – the college-trained music wizard of Logic, and the guitar. And then there’s Marcus: the artist from Marlow, England – the sensitive, soul-searching wordsmith turned vocalist.

To date, the magic’s happened in the bedroom – in makeshift studios where they’ve managed to conjure a potion of sounds and soothing vocals that are already intoxicating thousands of fans and have garnered support from the likes of BBC Introducing and Radio X. Real is no exception; a heady mix of lush chords and potent words with the power to heal.

MAJIK:  “Real talks of the introspective world we live in, when discovering ones commitment; before we lose ourselves in one another.”

The single release is supported by a debut European tour alongside Eden, including a sold out show at London’s Dingwalls on the 17th November.

Real will be self-released on 28th October via AWAL/Kobalt.

tētēma release Necroscape on April 3rd via Ipecac Recordings, listen to “Haunted On The Uptake”