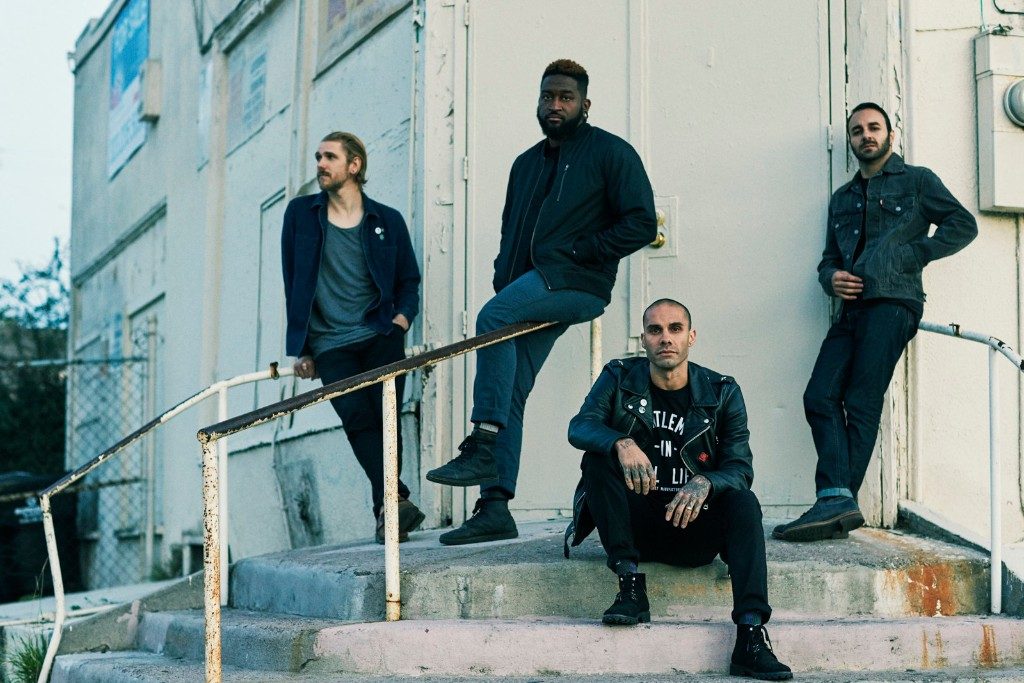 Los Angeles’ letlive. are getting set to return to the UK and Europe as main support to Pierce The Veil on an extensive run of dates, which includes London’s o2 Brixton Academy on 27th November. They’ll be releasing ‘Nü Romantics’ as a single whilst over in this part of the world, with an impact date of 9thDecember. It’s a song that personifies liberty and grace as flawed human beings and is indicative of the over-arching themes presented through letlive.’s most recent album ‘If I’m The Devil…’.

Earning the band wordwide acclaim, ‘If I’m The Devil…’ was released earlier this year via Epitaph Records and with it, as frontman Jason Aalon Butler attests, they’re trying to offend people in the right way: “So that they are prompted to think about what they were offended by and be open-minded.” At the same time, Butler fully believes that letlive. can access that utopian, inexplicable transcendental quality that allows art to reach budding revolutionaries the way books and other oratory cannot – that it can have the effect of a Malcolm X, a Martin Luther King, a Che Guevara.

He’s seen it happen with Rage Against the Machine, Public Enemy and Kendrick Lamar, artists who likewise fuse incendiary political lyricism with the dynamic urgency of metal, avant-garde noise and jazz technique. Butler will admit these are his heroes, even if he wants to consider them to be peers in the near future. “Even though it’s overly ambitious, it’s what I want to do.” ‘If I’m the Devil…’ is the band’s most unapologetic work to date and when they bring that music to the live arena, letlive. are an unparalleled force to be reckoned with.

“Harnessing the severe, frenetic power of Black Flag and marrying it to the melodic, infectious soul of Michael Jackson has made letlive. one of the most thrilling propositions in contemporary music” – The Independent

“letlive. meld incisive protest politics with caustic guitars. This is what raging against the machine sounds like in 2016.” – NME

“a band whose intellectual and cerebral vision is on a par with its primal, untamed energy.” – Noisey