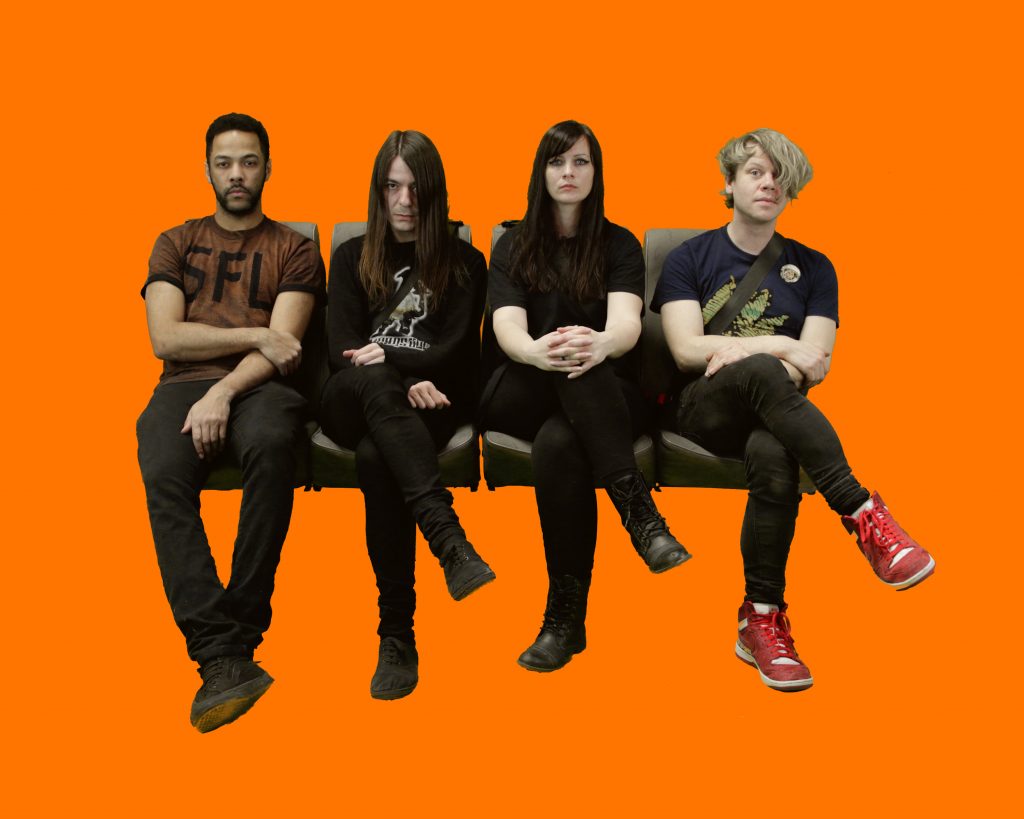 Part Of File Under: Music’s One Song At A Time
Video Singles Series

ohnny Foreigner have just released their new music video for “Flooding” via Brooklyn Vegan. The single is released as a part of Vancouver label File Under: Music‘s new video single series One Song At A Time. The stems from “Flooding” are available for remixing.

The series began on October 4th with Skye Wallace’s “Not Ready For This To Start,” and will continue through March 21st, with FU:M releasing a new music video on their YouTube channel every two weeks. The series will feature music videos for unreleased tracks for artist from Canada, the UK and the US, including Pill Friends, Wallgrin, Slime Girls, Wallgrin, and Crywank.

When asked  for a bio Johnny Foreigner sent along: “We used to dream now we worry about dying” – not only a line from a Japandroids song, but also a sign that the Birmingham, UK 4 piece were meant to work with Japandroids’ fellow Vancouverites File Under: Music (FU:M) on their One Song At A Time video single series. “Back when we plotted out this series of videos, we knew one of the challenges would be finding independent bands with songs ready or in the works that weren’t already too tied up in music biz cobwebs,” elaborates FU:M label manager Steve Mann, “I saw an article about Johnny Foreigner recording a new record and immediately sent an unsolicited email for an exciting music opportunity. Still can’t believe they answered.”

Since then that record, Mono No Aware, was released via Lame-O in the US, Alcopop in the UK, and Vinyl Junkie in Japan. It’s a grand victory for lovers of concentrated chaos covered in a fine mesh of vocal hooks. Pitchfork said that the album’s “structures have a tendency to digress, evaporate, and recombine, as if one is driving through a radically shrunken landscape,” a sentiment that also can be applied to the just shy of 4 minute journey of unreleased track “Flooding”.

According to Johnny Foreigner’s Alexei Burrows, “Flooding is a sequel to our song “Shipping” (from You Can Do Better) . Well, a semi-sequel. There’s significant cast changes and it’s now mostly partially set in South Africa, but it’s still got nothing to do with water. This Flooding is a type of psych therapy; getting over your phobia through deliberate exposure. Though I learned this week it’s also a guitar-fixing technique; where you soak important damaged components in a magic potion and hope they’re better afterwords. That metaphor also works for me._”

When it came to the video the band proposed Jacob Tomlinson who previously did their lyric video for “200X”. He too tapped into the spirit of the sonic safari but took it even further with a story that follows an unmanned but hopeful little spaceship set on a mission into deep space. The cardboard rocket with an animated interior directly inspired by JoFo’s gear, fitting recalls the “DIY because you can’t possibly stop” spirit of Johnny Foreigner that has gotten to them to their 10 year anniversary.

File Under: Music is thrilled to be able to contribute to the anniversary party with the digital release of “Flooding” as a part of their “One Song At A Time” video singles series. The song will be available worldwide Oct. 18, 2016.
www.fileundermusic.com/Johnny-foreigner
www.johnnyforeignertheband.com/