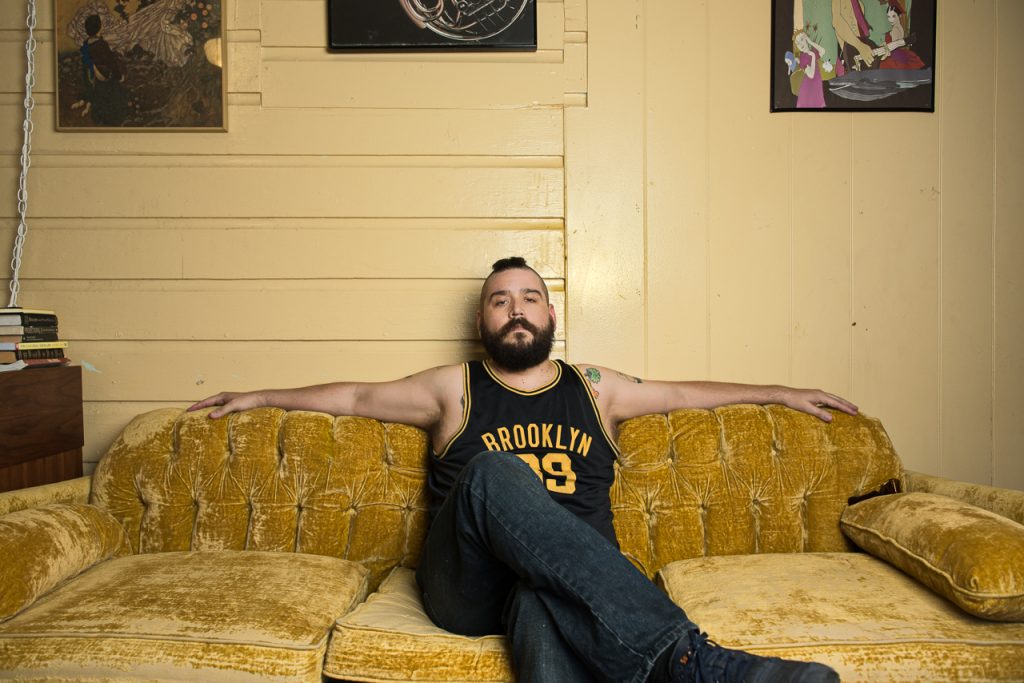 Best known as a member of San Antonio’s The Hawks (Of Holy Rosary), Waysos’ solo album is a change of pace, a quirky set of bedroom pop songs and joyful ruminations on living life to its fullest, warts and all. Teddy Blood is full of life, humor, and knowingly devious behavior. Inspired by the likes of Daniel Johnston, Ween, and Elliott Smith, Weysos’ debut is was recorded in his actual bedroom exclusively in the late night hours, cherishing the honest imperfections and lo-fi comforts of recording just before bed over the span of several years.

As an acclaimed filmmaker, Weysos has directed videos for Dr. Dog, Heartless Bastards, Hacienda, Grace Potter and more, and first single “Cry Baby” captured his sense for a good time as he lets loose in a wax museum.

Frank Weysos is a busy guy. When he’s not directing music videos for bands like Dr. Dog and Heartless Bastards, he’s usually writing songs and playing shows with his band The Hawks (of Holy Rosary). Somehow, at the end of the these long days Weysos found the time to crawl into his bedroom, pick up his guitar and press record. After accumulating approximately fifty bedroom recordings, all of which feel fuzzy and hushed, Weysos managed to cull this list down to fifteen songs for Teddy Blood, his first solo release. Despite what seems like a precipitous process, the songs that comprise the record are united by familiar topics—about good and evil, sex and drugs and rock ’n’ roll… and death.

Some songs, like “Sex,” with it’s flipping backbeat and squirming synth, touch on these topics explicitly; “Then I want to have sex with you,” Weysos sings in raspy sighs, “But first we gotta do all the drugs your friend said that he had.” “When You Die” seems to tell the rest of the story, it’s tambourine, piano, and handclaps teaming up to give the song a ghostly gospel spirit. “I wrote that song after having a very questionable experience with someone I’d just met,” Weysos admits. “Afterwards, there was a part of me that thought, ‘Is this insane behavior?’ But then I thought to myself, ‘No, man. That happened. It’s okay. God’s going to forgive it. It’s okay to just live.” The same sentiment is reflected in bothTeddy Blood songs and the way the album was written—to do what you love and do it now, right or wrong, before you run out of time.