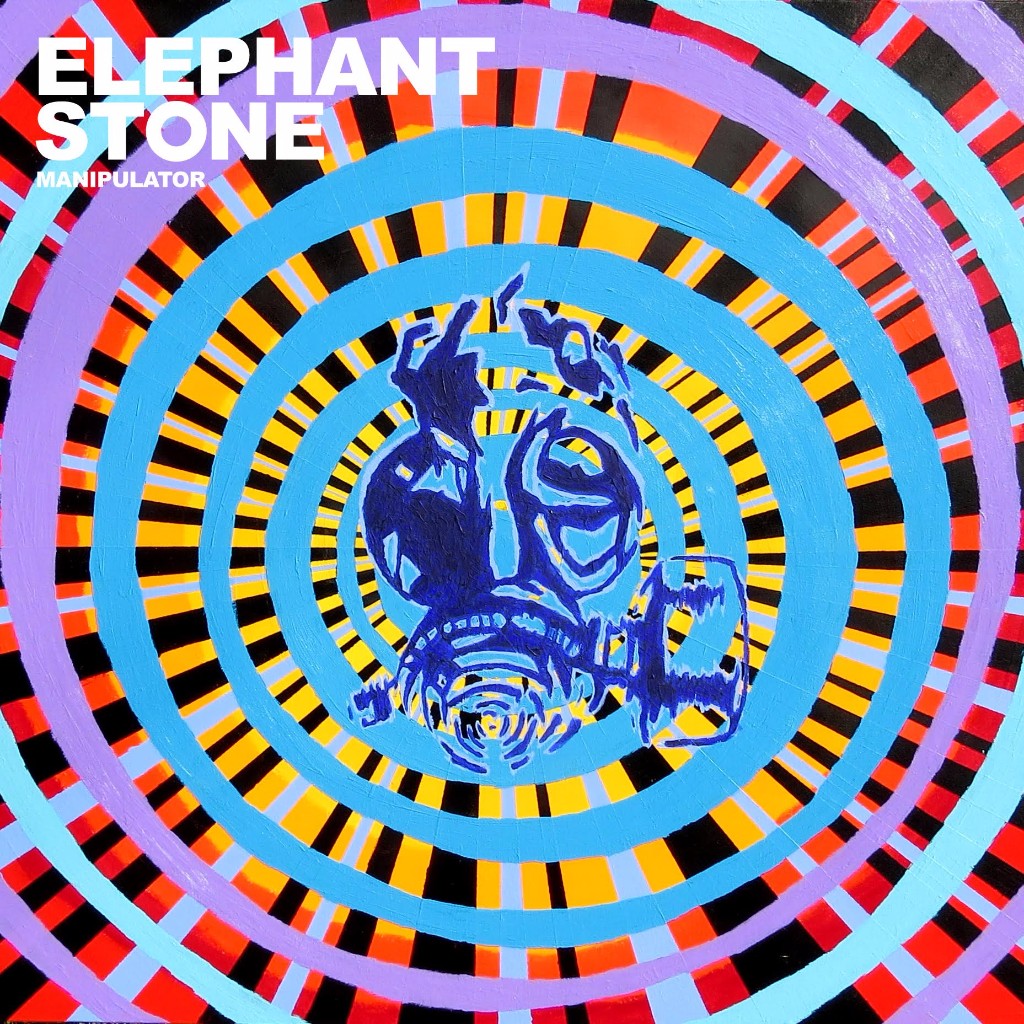 Montreal, Canada-based psych-rock trio Elephant Stone are extremely pleased to reveal their latest single ‘Manipulator’ ahead of a run of European tour dates in December 2016 including two shows in the UK.

The band release their new full length album Ship of Fools later this year in the UK with a physical release on November 25th via California label Burger Records.

As the album opener, ‘Manipulator’ is the perfect entry point to Ship of Fools and presents a new Elephant Stone emphasizing catchy grooves and vocal melodies that smack of both infectious pop and dance. Front man Rishi Dhir’s lyrics, however, have lost none of their sophistication – his social commentary makes ‘Manipulator’ music for the head and heart.

“I’ve had this song kicking around for a few years” explains Dhir “My earlier demos always sounded too rock, and just when I would give up on the song, my wife would always convince me to keep working on it. The recording software I use has some drums loops. Playing around with it one day, I mixed a motown beat with a house beat and then it all made sense. Lyrically, this song is directed at all those who seek to manipulate and control for their own selfish interest.”

Currently #22 on CBC Radio 3’s R3-30 in their homeland, the band’s Spotify numbers have been climbing steadily and ‘Manipulator’ was recently featured in the New Music Friday Canada Spotify playlist as well as Album of The Week on TUNE Spotify playlist.

The band have also announced an extensive list of 2016 tour dates covering Canada, the US, the EU and the UK – see below for full details of UK shows this December.

Evolution, change, artistic growth, exploration – these words are associated with all great rock and roll bands, but they’re quickly becoming synonymous with Elephant Stone, the Montreal trio led by singer/bassist/songwriter/sitar player, Rishi Dhir. WithShip of Fools (their 4th full-length LP), Dhir and his bandmates – Miles Dupire (drummer/backing vox) and Gabriel Lambert (geetar/backing vox) – have solidified Elephant Stone’s place among the greats as innovators who are unafraid of challenging themselves and their audience.

The rest of Ship of Fools follows the precedent set by lead single ‘Andromeda’. The creation of its eleven tracks, as Dhir says, allowed him to embrace his true identity as a “pop songwriter” whose tunes are custom built for the dance floor. Add the talents of producer Marcus Paquin (Arcade Fire/The National) to the works, and the result is an album chock full of stylistically diverse cuts that could all stand on their own as hit singles.

Dhir has previously recorded and toured with the likes of Beck, The Black Angels,Brian Jonestown Massacre and The Horrors, before launching his own project in 2009 for which he’s responsible for vocals, sitar, and bass. The band name is a reference to both the song by The Stone Roses and a literal stone that Dhir owns: a statue of the Hindu god of new beginnings, Ganesh. With typically tongue-in-cheek humour, he describes Elephant Stone’s signature sound as – wait for it – “Hindie Rock”.

Elephant Stone’s debut album, The Seven Seas, was nominated for the 2009 Polaris Music Prize, which honors the best full-length Canadian album. In 2013 Elephant Stone released their second full-length LP, Elephant Stone, with the album received critical acclaim from NPR, Brooklyn Vegan, Consequence of Sound and more. A third album, The Three Poisons, came in 2014, followed by a remix album,ES3PRMX, in 2015 featuring contributions from Anton Newcombe of The Brian Jonestown Massacre, Tom Furse of The Horrors, Alex Maas of The Black Angels and Peter Holmström of The Dandy Warhols.

Ship of Fools is released November 25th 2016 via Burger Records.