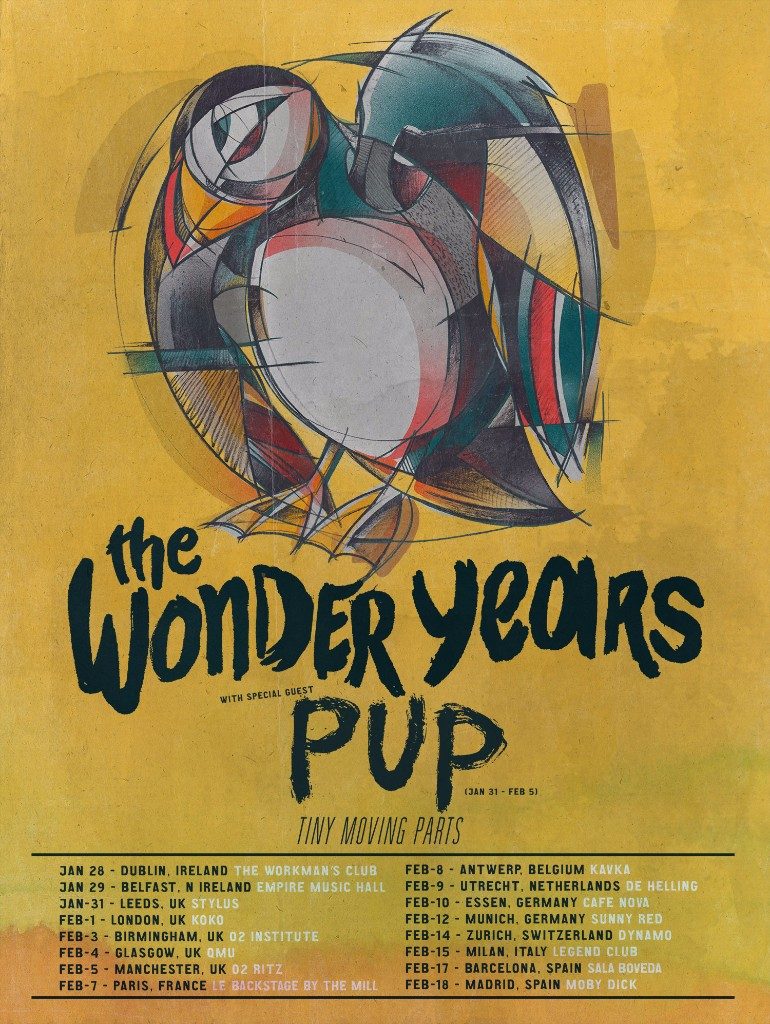 The Wonder Years have announced a UK and European Tour in January and February 2017. The band released latest album, the critically acclaimed ‘No Closer To Heaven’, in 2016 and played a handful of intimate shows in the UK this summer, but this just-announced tour will, for many eager fans, be the first chance to see the band headline dates in this part of the world since the album was released. A special o2 pre-sale will be available tomorrow with tickets going on general sale Friday 30th September at 9am BST. The band will also be offering VIP Upgrade packages to those with GA Tickets, which will offer fans the chance to sit in on The Wonder Years’ sound check as the band play songs pulled from their requests.

PUP are special guests in the UK 31st Jan – 5th Feb with Tiny Moving Parts supporting on the whole tour. The shows include dates at London’s Koko, Birmingham’s o2 Institute and Manchester’s o2 Ritz, which will be The Wonder Years’ biggest headline performances in the UK so far.

The Wonder Years’ vocalist Dan “Soupy” Campbell elaborates “When we came to the UK in July to do small, intimate shows, we did it because we knew we wouldn’t be able to come back until around February. Those shows sold out in a matter of hours and we know that a lot of people were bummed they couldn’t get tickets but we told everyone to sit tight because we knew this run with PUP and Tiny Moving Parts was on the horizon. We’re going to bring the same energy we just brought in those tiny venues to these rooms with sets that span years of releases and a few tricks up our sleeves.”