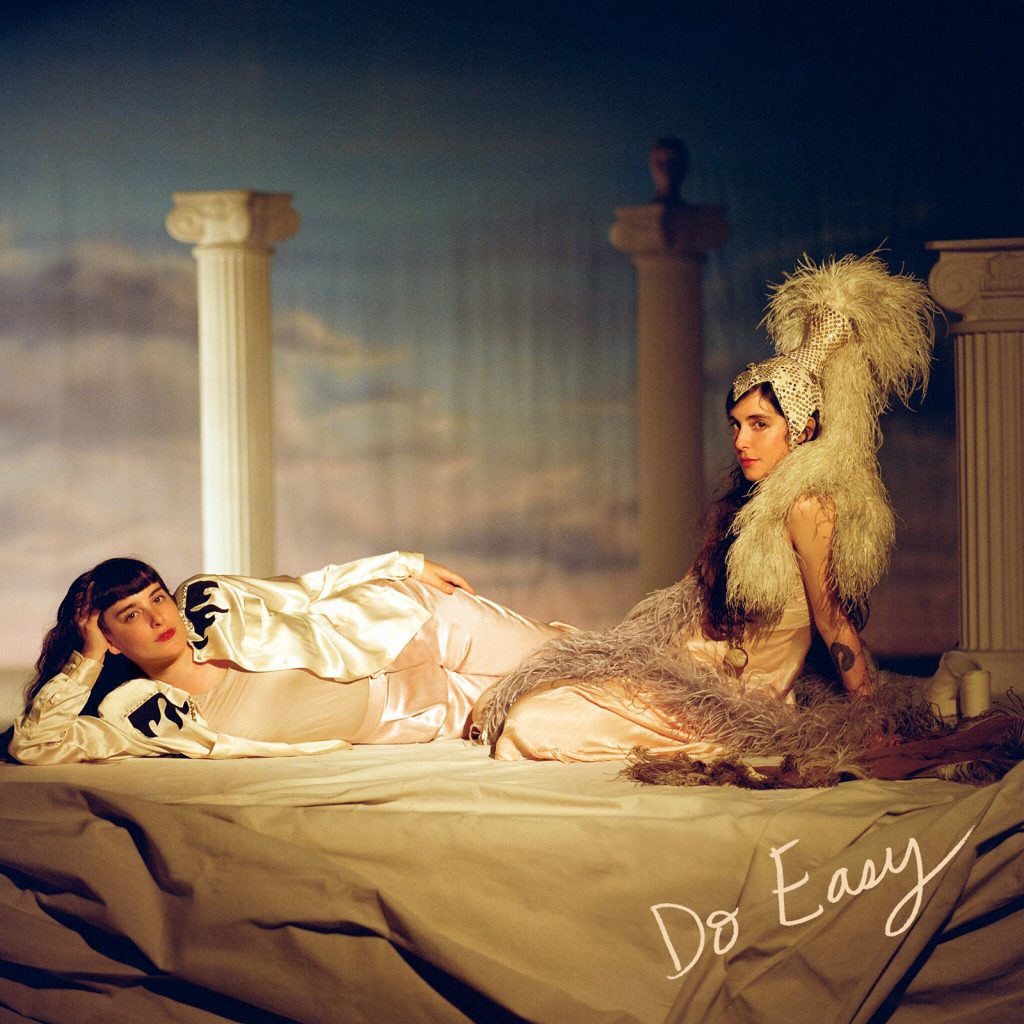 Taken from Do Easy, due 18th November via Bella Union

TASSEOMANCY, aka Canadian twin sisters Sari and Romy Lightman, have unveiled new single ‘Missoula‘, taken from their upcoming album, Do Easy. They say of the track:

“Missoula is a song for the roaming and an ode to the Unknown. There are so many transient people on the planet today, both fleeing and voluntarily in motion. I can’t speak for their experience, but as an artist, I find myself moving often. There is the desire to stay, the urge for going, and the split feelings of being a floating, uprooted bag of mostly water. Missoula has a repetitive hebraic melody at it’s centre, coming from a lineage of wandering Jews. A nod to one of my favourite Pentangle recordings, Let no man steal your thyme.”
Tasseomancy – Missoula

Genesis P-Orridge and Kathy Acker believed William Burroughs to be a vibrant beam of clarity. P-Orridge, a disciple of Bouroughs, referred to “The Discipline of D.E. as a smooth hand of magic”. Romy of Tasseomancy stumbled upon the Discipline of D.E. (Do Easy), a short story outlining a don’t-bust-a-gut Buddhist philosophy and “like a gentle old cop making a soft arrest”, she was deeply touched and set out to find the easy way.

For the seasoned loners, stoners, and lackadaisically laid, Do Easy was written as a dead-beat anthem for a generation who was told that anything is possible after the possibility slows. Written in Toronto and Montreal, Do Easy was created as a lamp shade of hope; of soft survivalism. Serene, strange and magnetically sung, it honours its free-thinking forebears without being weighed down by them, creating immersive worlds of loving allusion.

Soft synths and crystalline harmonies merge hypnotically on ‘Dead Can Dance and Neil Young’, an invitation to “fade into folk song”. If folk song this is, it’s folk of great idiosyncrasy, where vocoded chorales provide atmospheric shading and alto-saxophones drift like cigarette smoke from a David Lynch dream-film. Between the new age synth of “Claudine & Annie”, the ambient swoon of “29 Palms”, Kate Bush-like prog-psych of “Missoula” and gently lapping title-track, Do Easy plays like pop from a parallel world.

Do Easy will be released 18th November on Bella Union.