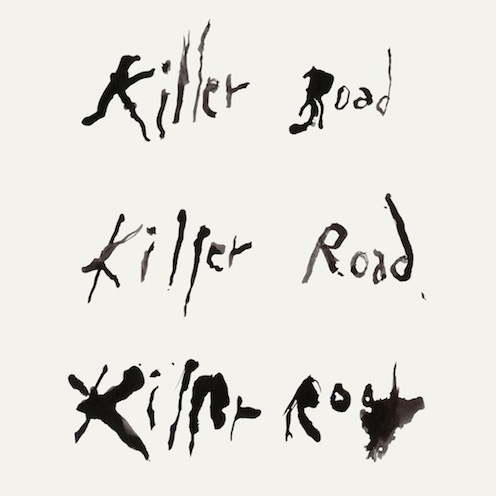 Killer Road, A Tribute To Nico, Is Out Friday On Bella Union

“Unforgettable…The songs that have been pre-released suggest that the album will likely be a stunner.” – Dangerous Minds

“The trio avoid the usual tributes and instead dive into the unknown, using field recordings, spoken word, rare percussion instruments, and Nico’s own harmonium to craft a soft but menacing sonic palette that’s as mystifying as singer-songwriter herself.” – Thump

Soundwalk Collective, Patti Smith, and Jesse Paris Smith have shared “I Will Be Seven,” taken from their new collaborative Nico tribute Killer Road, today via Thump. “I Will Be Seven” was one of the last songs that the late German singer wrote, and was performed at what proved to be her final concert at the Berlin Planetarium in June, 1988.In this reinterpretation, Soundwalk Collective layers field recordings from Ibiza, where Nico died soon after performing the song for the first time, with a pulsating synthesizer pattern that mirrors the mantric lyrics, recited by Patti Smith. Soundwalk Collective and Jesse spoke with Thump about their personal connections to Ibiza and Nico, and the unique techniques and instrumentation they used on the album. Killer Road is out Friday on Bella Union.

Soundwalk Collective with Patti Smith and Jesse Paris Smith – “I Will Be Seven”:

A shimmering ambient tone, an electronic underlay to the lulling chatter of crickets, makes way for the unmistakable voice of Patti Smith, quietly intoning, ominously, “The killer road is waiting for you / like a finger, pointing in the night.”

Behind the music and concept of Killer Road is international trio Soundwalk Collective – Stephan Crasneanscki, Simone Merli, and Kamran Sadeghi – who, alongside Patti Smith’s daughter, Jesse Paris, conceived an immersive exploration of the tragic death of Christa Päffgen. Better known as Nico, the Velvet Underground chanteuse, Päffgen died while riding her bike on the island of Ibiza in the summer of 1988.

Smith was already a fan of Nico’s unique performance, and her half-spoken, halfsung delivery: “that was interesting and instructive for me when I was young because I had no ambition to be a singer – I was simply trying to deliver my poetry – as she did – in a unique way,” Smith told Zoo. Smith was able to repay the spiritual debt by paying to rescue Nico’s beloved harmonium – which underpinned so much of her work – from the pawnshop in 1978.

And that lonesome drone of Nico’s harmonium makes a late appearance in Killer Road, as part of the haunting electro-organic weave, like an aural heatwave, pulsing and sweltering. Sometimes you hear ocean waves and footsteps, or the thrum of honeybees; the panoply of sound subtly shifts as Nico’s view would have changed as she cycled that day. But then she had a heart attack, fell and hit her head, and was lying by the sound of the road, to a backdrop of crickets, before she was discovered and taken to hospital, only to pass on later that night. “That captivated me,” said Smith, “the idea of merging her language with what was perhaps the last sound she might have heard, besides her own breathing.”

The roots of Killer Road lie in a fortuitous meeting on an airplane bound for New York. One passenger was Smith; the other was Soundwalk Collective founder Crasneanscki. Soundwalk had previously been a collaborative series of idiosyncratic walking guides to cities, before evolving into musical frameworks for field recordings and sight specific sound installations and performances using a variety of texts and themes.

Killer Road was initially a live audio-visual experience, at the French Institute Alliance Francaise in New York as part of 2014’s Crossing the Line festival. Finally, we now we have the recorded version, a poignant, profound, imaginative exploration and tribute nearly 30 years after that fateful summer’s day.

Watch the video for the title track “Killer Road” HERE.