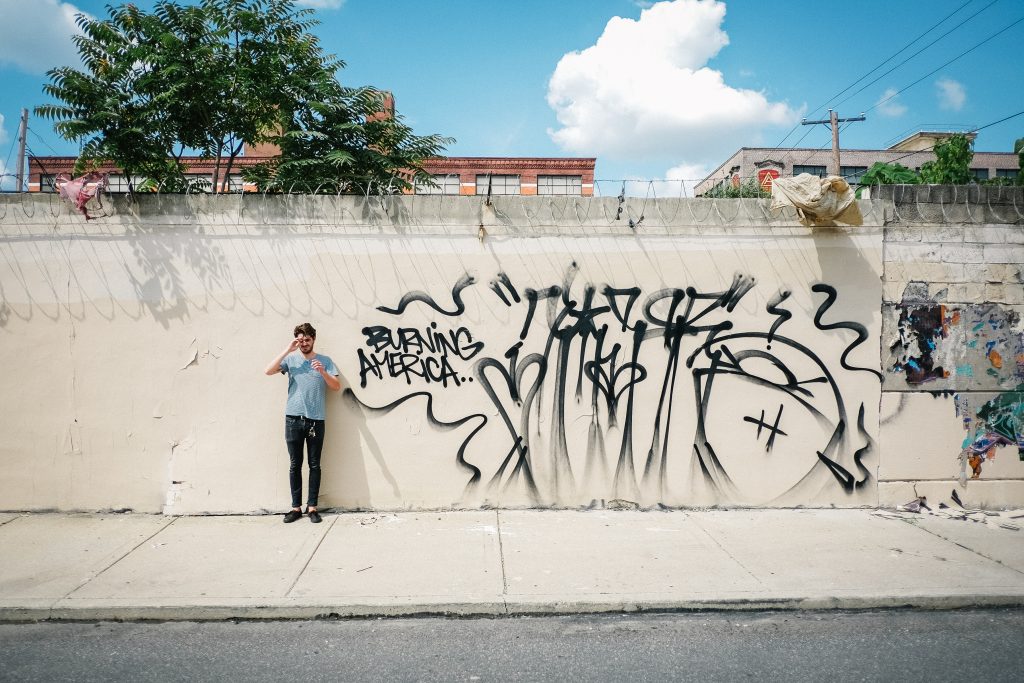 Out September 30th on Lame-O Records

Slaughter Beach, Dog, the new project from Jake Ewald of Modern Baseball, is now streaming his debut album, Welcome in full via The AV Club. The album comes out September 30th on Lame-O Records. Pre-orders are available digitally and physically via Lame-O Records.
Stream Welcome in full via The AV Club.
” Highly descriptive lyricism, well-constructed songs and heavy melancholic, emotive guitar….reminiscent of bands like Pavement and Built to Spill.” – American Songwriter

“There ain’t no purpose fightin’ holy wars for someone you’re not.” This sleek proverb is delivered in Jake Ewald’s unassuming sneer, but isn’t as honest as previous adages he’s known for behind one-half of Modern Baseball’s microphones. The residents of Slaughter Beach – a character study the Philadelphia musician flocks to during bouts of writer’s block – are grounded in some faith, whether in a higher power or lesser ones roaming this area’s varied terrain.

Consider the musical geography of the region: there are pastoral corners, where “Politics of Grooming” whispers third-person omniscience as thin guitars slide and pluck. “Drinks” finds itself primed for the town’s bar jukebox, where Ewald’s alt-country tendencies slink away from safety. Other tracks are illuminated by a city skyline, where the radio-rock “Monsters” bends and folds under the weight of an evening loaded with self-sabotage. “Bed Fest,” returning from 2014’s Dawg EP, clocks in around that night’s 3 a.m., with quieter admissions of interpersonal guilt lingering longer than the concluding vocal overdubs accompanying them.

Many of the tracks on Welcome find people struggling to find answers, but Ewald answers to no one but himself. This debut LP was entirely self-produced, recorded and performed: an act of escapism and individual growth outside his tight-knit day job. Slaughter Beach, Dog finds Ewald wandering through multiple head spaces to emerge with his own inner sanctum confidently reinvigorated. And that’s welcome.