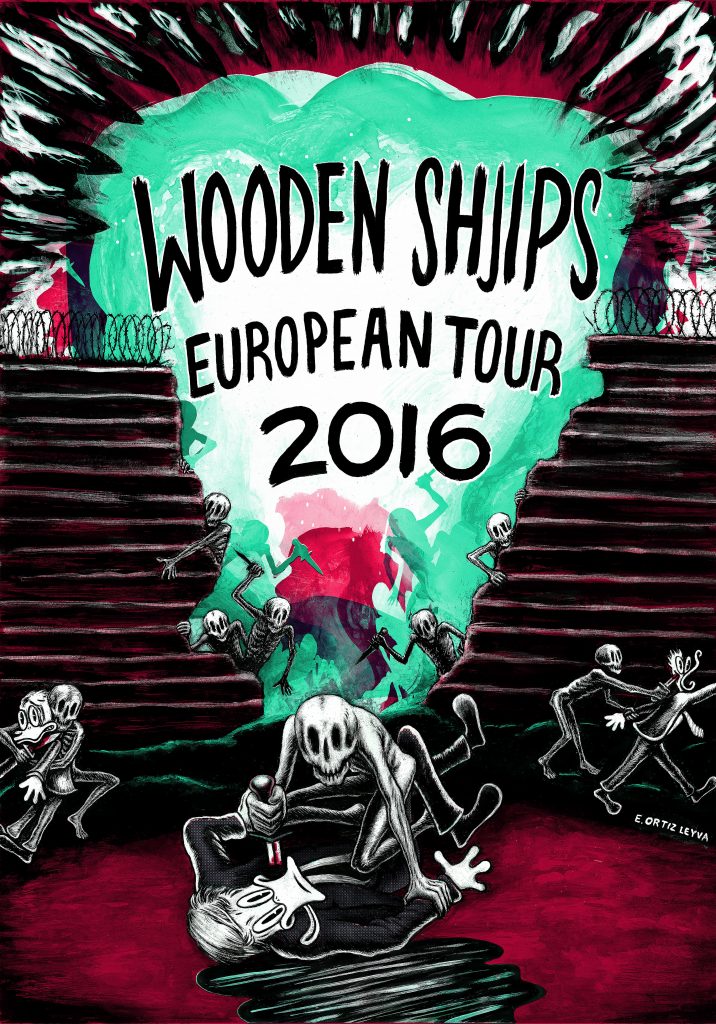 -Their first European tour since 2014-

The acclaimed psych-rock quartet, Wooden Shjips will be sailing across the atlantic sea and returning for a 15-date European tour in October and November. It will be their first tour in Europe since 2014.

Wooden Shjips’ rise to prominence from the psychedelic underground to the rock ‘n’ roll overground success they are now has been a steady sojourn. With each consecutive release, the band has found new ways of transforming heady psychedelic rock into minimalist masterpieces, bridging the gap between the woozy freeness of Les Rallizes Denudes and Crazy Horse and the tightly wound simplicity of Suicide and the Velvet Underground. This is no more apparent then on the album ‘Back to Land‘, which was released back in 2013 to critical acclaim. The band’s scope expanded to include more earthy, grounded tones, such as the acoustic guitar, yet still retaining the infectious locked-groove that the west-coast based quartet are renowned for.