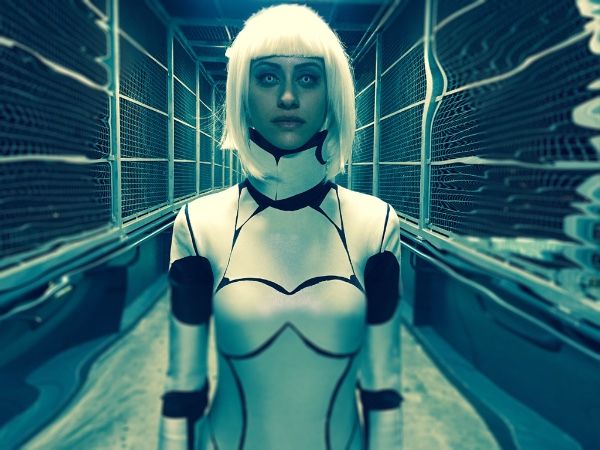 With his first ever live tour set to hit UK shores in a few weeks’ time, The Master of Horror, John Carpenter, unveils the dark and dystopian video for ‘Utopian Façade’. He has also announced an extra UK date in Warwick as well as VIP Meet & Greet and exclusive merchandising packages for all of his shows.

‘Utopian Façade’ is taken from John Carpenters most recent studio album ‘Lost Themes II’, which was released earlier this year via Sacred Bones Records. The video was produced & directed by Gavin Hignight and Ben Verhulst, painting a story of an android’s nightmare, hidden in dark & futuristic forests.

Commenting on the video, Gavin Hignight said: “We were instantly haunted upon hearing Utopian Façade. It conjured images of jagged tree branches, dark woods and things that go bump in the night. Our goal was to explore these feelings combined with the visuals of the electronic synth driven world established in the NIGHT video from the prior album. An Androids Nightmare is what culminated.”

Having just completed a highly successful US run of dates, Carpenter begins his first ever UK dates in late October, touring throughout the Halloween season. Joining him are his stellar band comprised of his son Cody Carpenter on synthesizer, his godson Daniel Davies on guitar, John Spiker on bass, John Konesky on guitar and Scott Seiver on drums.

The legendary director and composer has recently added a Warwick date to previously announced dates and exclusive VIP packages are now on sale for all shows. There are two packages available, both featuring exclusive merchandise designed exclusively for this tour and, in the Meet & Greet Package, the chance to meet John Carpenter himself – a rare treat for fans of this horror icon.

HUNDRED WATERS unveil HUXLEY and THE FIELD remixes of ‘Down From The Rafters’, remix EP coming soon