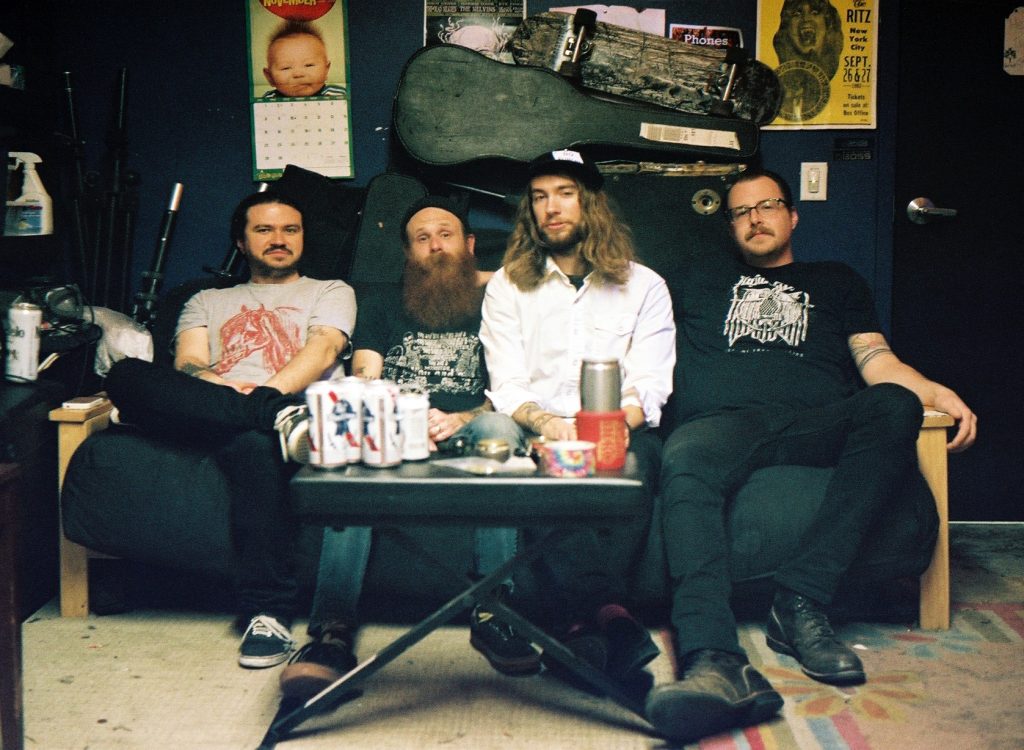 Due Out September 23rd via Midnight Werewolf Records

Idiot Genes specialize in a raw and immature style of punk, balancing explosive grunge and heavily damaged garage rock with a reckless lack of sobriety. The Boston quartet are crude and ready for debauchery, and it’s safe to say they don’t take themselves too seriously in the process. Channeling their mayhem into a genuine studio recording for the first time, Oof Bonk, the band’s latest album most certainly rips. Due out September 23rd via Midnight Werewolf Records (Kal Marks, Lady Bones, Fórn), the record is focused on shattering the mundane and accepting the joys in a shitty existence.

New Noise Magazine are sharing “iScratch,” the record’s latest single. While the song is primarily about the simpler things in a young punk’s life (having an ever present ass itch), the band found inspiration for it amid a binge of Fiona Apple. While it doesn’t exactly sound anything like Ms. Apple, the song’s self reflective lyrics call for a trip to the doctor (or at least the pharmacist), tearing over top of big cathartic guitar riffs that scrape with distortion and feedback. The itching and scratching eventually comes to a head and the intensity bursts as singer/guitarist Pete Bayko’s near spoken word vocal melody unwinds into furious shouting. It’s cathartic and a cry for relief… in the way only a grungy punk band can muster.

Speaking about the song, Bayko shared:

“This one’s kind of gross. Basically it’s about having an itchy butt. That’s honestly all it’s about. The only not gross thing about this song is it was written after listening to Fiona Apple a lot.”

Oof Bonk in an immediate record, reliant upon twisted heavy pop, dirty garage punk, and party grunge, the album is both sarcastic and brash, full of snotty attitude and enormous hooks. There’s no need to over think it… turn it up and let it ride. Idiot Genes like to drink, they like to smoke weed, they crack jokes, but most of all they like to make crushing riffs with howling vocals and sneering charm. They revel in the grime and dirt of the city, and it works for them.

Idiot Genes is a group of four best friends that formed in 2012. They play grungy/garage punk music that reflects the atmosphere of their hometown, Allston, MA. Since releasing two self-recorded EPs in 2013, the band have been busy playing all over New England and writing material for their upcoming full length debut, “Oof Bonk,” which will be released September 23rd on Midnight Werewolf Records. Their live shows are fun, energetic and maybe a little sarcastic at times. They’re not a group who takes life too seriously. Lyrically mundane, musically loud and overall not trying to make much of a statement. Idiot Genes are focused on having the most fun they can in this weird world.