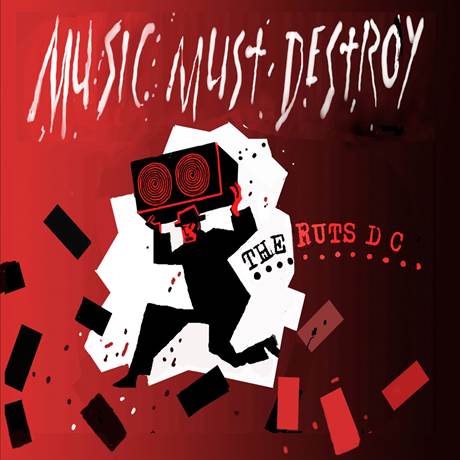 “The Ruts are back in black – with hats… great sound, true to what so many of my old muckers are feeling these days.” – Pete Townsend/The Who

With their roots undoubtedly deeply set in the initial mid-to-late seventies punk explosion, The Ruts, and then The Ruts DC, very quickly developed into a musical hybrid that took in so much more than the basic three-chord-1234 that dominated much of what was labelled as punk. Already accomplished musicians, they effortlessly weaved reggae, ska, dub, rock and post-punk influences into a musical catalogue that is as inspiring and powerful now as it was when it was created.

After original vocalist Malcolm Owen tragically died on the 14th July 1980, The Ruts DC made two albums; the classic post-punk ‘Animal Now’ and the dub reggae stylings of ‘Rhythm Collision Vol.1’, before disbanding in December 1982. Before their split, however, they played a string of gigs throughout Europe and the USA where a young Henry Rollins witnessed the band play a life affirming show on Saturday 16th October at the 9.30 Club in Washington DC. Rollins was already a huge Ruts fan and when in 2007 the band reformed for the first time in twenty-seven years to play a benefit gig in London for their guitarist Paul Fox, following his diagnosis of lung cancer, John ‘Segs’ Jennings (bass and vocals) and Dave Ruffy (drums) needed a big man and presence to fill original vocalist Malcolm Owen’s shoes, persuading Rollins to fill in on lead vocals for the now fabled gig at the Islington Academy on the 16th of July 2007.

Paul Fox died on the 21st of October the same year. The show was a perfect, righteous celebration. The band had regained their integrity and given their dear friend Paul a great send off.  It also brought the band back together again and at the suggestion of their engineer Steve Dub, they set to work on another dub album with Mad Professor titled ‘Rhythm Collision Vol. 2’. Then in December 2011, the Alabama 3 (who Segs had worked with both as a musician and producer) offered the guys a support slot on their U.K tour. Segs and Ruffy recruited guitarist Leigh Heggarty, Molara (Zion Train) to help out with vocal duties and Seamus Beaghen (Iggy Pop) on keyboards. The Ruts DC was a band again.

After several UK and European tours the band went back to being a trio with Leigh remaining on main guitar duty. Not wanting to be part of just a nostalgia scene, the band set about writing new material and felt the time was right to make another rock album. In May of this year The Ruts DC returned with the single ‘Psychic Attack’, heralding their rebound to rock in dramatic style, with three-minutes of high-energy, adrenalized fury! And now, following two intensive years of writing and recording, The Ruts DC are finally ready to unleash their new album, ‘Music Must Destroy’ upon the world, due for release the 16th of September via Westworld/Sosumi Recordings.

“We’ve been writing over the last year or so as we’ve been touring around. We’ve been inspired by the newly found interest in what we’re doing and the many live shows we’ve done,” details Segs, “We recorded all the backing tracks live at Pat Colliers London studio. Pat has engineered the sessions while our friend James Knight co-produced.  We have also been doing work with Greg “Wizard” Fleming at his studio in Brixton.  Lee Groves in Nashville has handled final mixes.”

The Ruts DC have been aided and abetted on the recordings by Boz Boorer (Morrissey) Captain Sensible (The Damned) Jake Burns (SLF) Kirk Brandon (Spear of Destiny) and last but by no means least Henry Rollins.

The Ruts DC will play a special album release show at The Underworld, London on September 16th. Tickets available from:http://bit.ly/1TEOW49