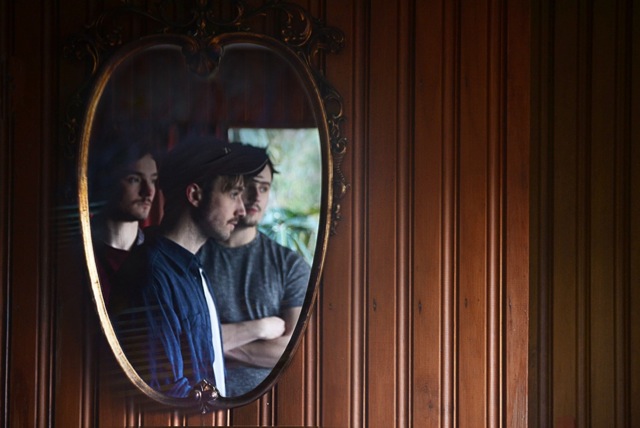 ‘An organic expression of electronica and pop’ Earmilk

Consisting of Fergus, Laurie Corlett-Donald and Dave Lloyd, the band take inspiration from art, geography and the far flung soundscapes of their homeland, creating an avant-pop record with glacial electronics and packed with unashamed synth pop moments. Laced with twinkling piano chords and gentle guitar riffs, ‘Bury Everything’ is set for release on 23rd September via Lost Oscillation Records. Additional production and mixing was undertaken by Gareth Jones (Depeche Mode, Interpol, Grizzly Bear) and mastering was undertaken by Alex Wharton at Abbey Road.

Stillhound’s live set is ready and with an arsenal of new tracks up their sleeve, they look ready to pick up the electronic-pop mantle and make 2016 their own.

Weatherbox Premiere Alternate Version Of “They’re Ready For Us To Come Home” On Noisey; Track Appears on Topshelf Records’ Remastered Reissue of Band’s 2009 LP ‘The Cosmic Drama’, Out September 18‏