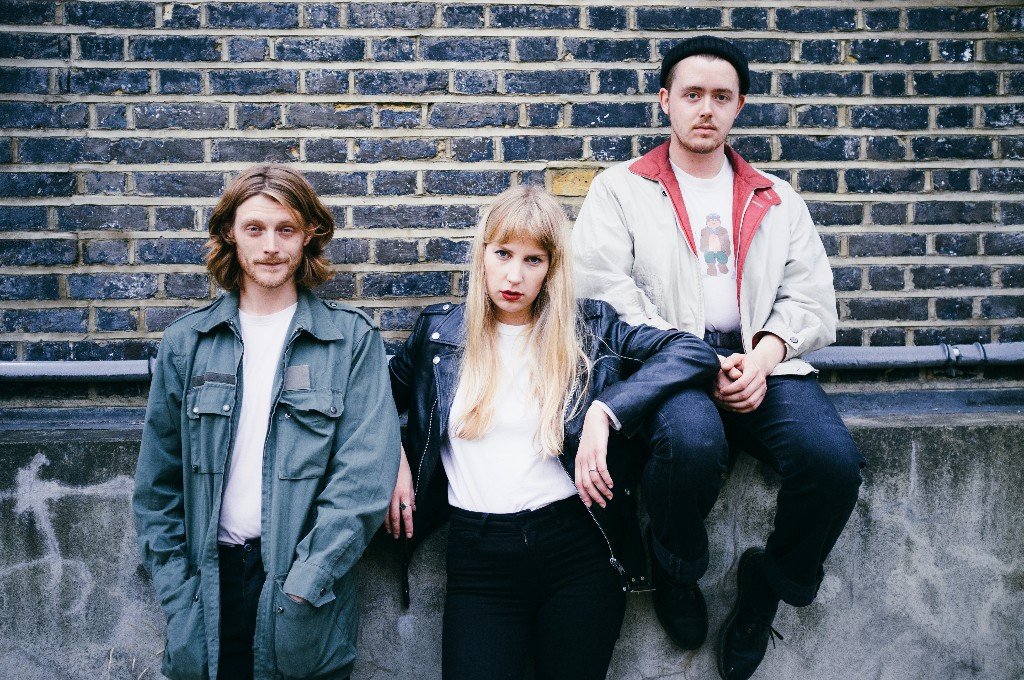 London deadpan punk rockers Slowcoaches are getting set to bring their debut album into the world. The fast, furious, clatteringly majestic and downright fun ‘Nothing Gives’ will be released via Leisure & District on 2nd December. With ‘Norms and Values’, the latest cut to be revealed, Slowcoaches purvey a sassy, tongue in cheek observation of aspects of the ‘punk’ community and the rules that exist within it. The accompanying video is buzzing with lo fi fun, complete with the presence of overexcited attention seeking ‘lads’ and the cliché of an old shopping trolley.

The band also play a headline show at London’s Moth Club this weekend. And it’s free entry. Crazy things happen at Slowcoaches shows. When the London based punk-fuelled slack metal trio aren’t rocking up to women only biker festivals out in the wilds of Wales, they’re laying critter-infested Hackney Wick warehouses to waste while people almost fall out of windows, or causing grown men to headbang so vigourously they end up headbutting the monitors before projective vomiting all over the stage. So brace yourself.

Recorded in two frenetic days at London DIY scene hotbed Sound Savers in Homerton – “the cheapest place in London!” beams guitarist Matt Dixon – ‘Nothing Gives’ was then shipped out to Ben Hirschfield in LA to mix. “What we wanted was something that was a progression from that quite lofi sound,” explains Heather. “We wanted it poppy and also massive, and I think he’s done that really well.”

In spite of its fun sound, ‘Nothing Gives’ itself details all the bad stuff that happens in life: break-ups, breakdowns, a pre-mid life crisis, a drug induced mental illness, falling out with friends, getting way too wrecked, losing your job then desperately trying to find a job… the list goes on. “When I looked at the lyrics for this album all together I thought, ‘oh man, this is so bleak!” says frontwoman Heather, who is handily currently studying to become a therapist. However, for the listener who doesn’t quite fancy ending up in a dark pit of despair after listening, the record makes for a surprisingly upbeat collection. “It’s bittersweet, isn’t it?” shrugs Matt. See, Slowcoaches don’t wallow in their misery, they dress it up with huge riffs and full-throttle power pop panache.